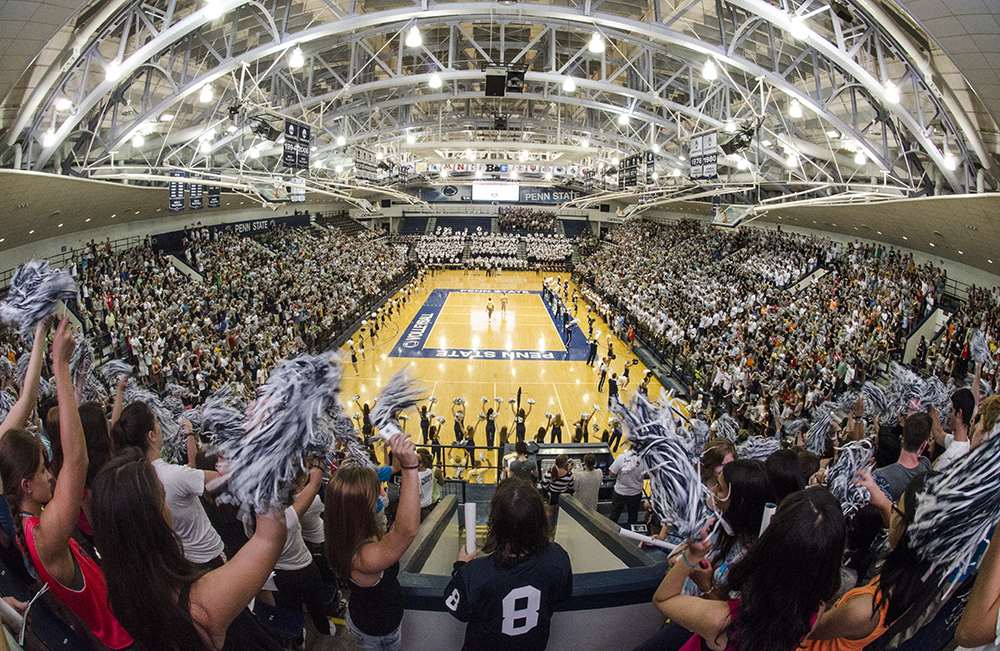 I thought it was a fabulous crowd.  We’re very appreciative of the promotions and marketing people that put a lot of time in.  Their game time is based on the number of people who come in the door, so we’re very appreciative of that.  I thought we started well and ended well.  But in the middle of the match, I liked how hard Maryland was doing what Maryland did well more than I liked what I thought we were going to do — we didn’t do it very well.  It’s nice to win, but . . . . 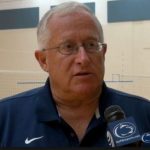 On the big crowd

I didn’t think we were ready for that big crowd and the energy necessary. . . . I can’t really answer for the players.  But I was very clear with my message to them.

On the play of Maryland

On the balls they served in, they served them really hard.  They have a plan.  Everybody has a plan.  I don’t think they got distracted when they missed their serves [11 service errors for the match].  They’re young kids.  Two of the leading scorers in the match were their kids.  I think that sums it up.  They’re going to do what they do well.  If teams don’t respect them, they’re going to get beat.  We knew they were going to be good — I knew it, at least.

On the play of Penn State, and working hard

The players aren’t being asked to perform surgery out there.  If you work three hours a day at something, you should be pretty good at your craft.  I think that’s one of the messages that people should have in life.  I’m reading a book all the time.  There’s a great quote [in the book Coach Rose is reading now]: “Would you rather have discipline or disappointment?”  Some people are happy how we played.  I think we’ll get in the gym and work a little bit harder on Monday. 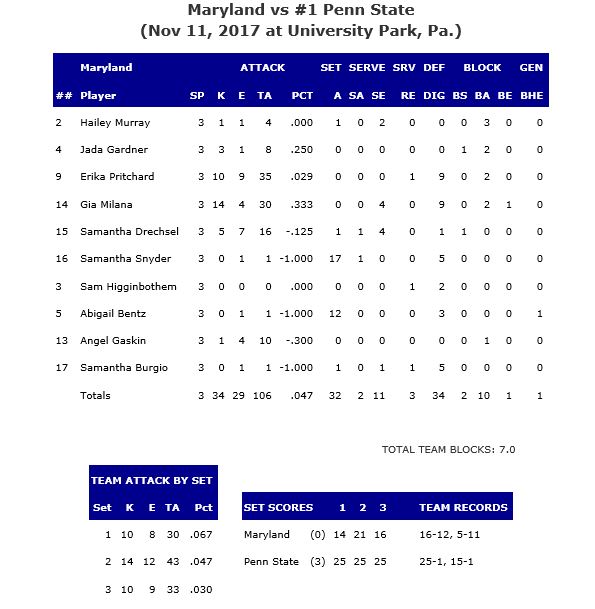 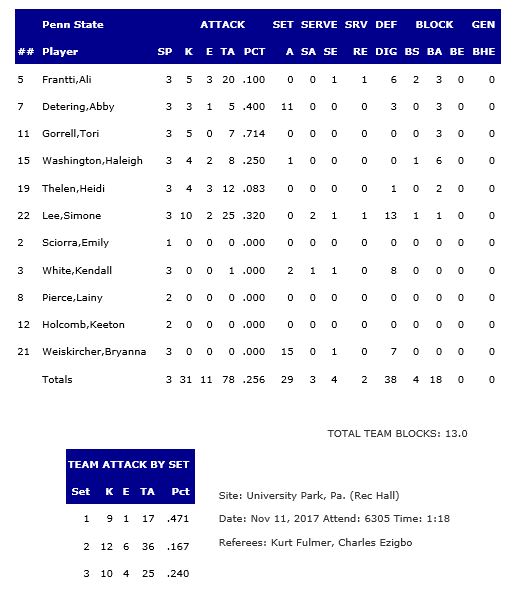