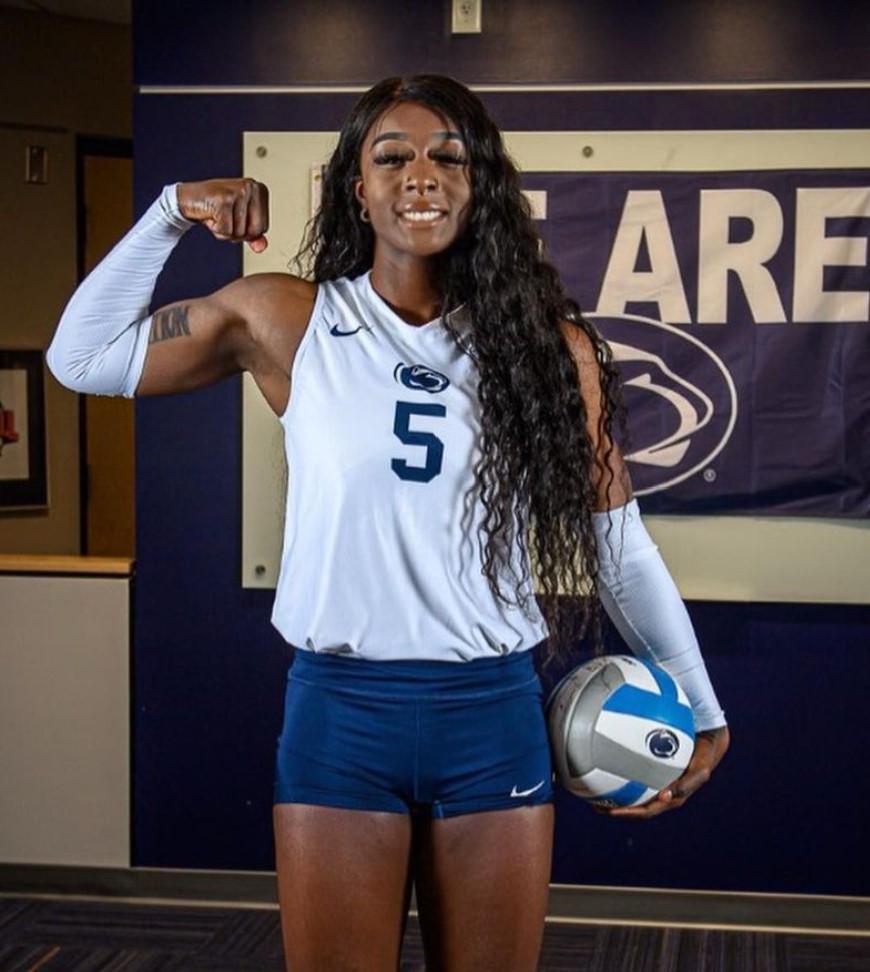 Congratulations to the collegiate women's volleyball players and coaching staff who will train this summer as part of the 2022 U.S. Women's Collegiate National Team! 🎉

Williams is among 38 players selected to train June 19-25 in Anaheim, California. Adanna Rollins, who also made the roster, has TBD listed under her current college team, which would seem to indicate she’s in the transfer portal. Former Nittany Lion Kaitlyn Hord, a Nebraska transfer, made the team for the second year in a row.

Williams was the first player to commit to Katie Schumacher-Cawley’s staff since she landed the Penn State head coaching job. Williams, a 6-foot Los Angeles native, announced her verbal pledge to the Nittany Lions on February 3 after three seasons at Long Beach State.

Williams will arrive on campus at Penn State this summer after wrapping up her final semester at Long Beach State. She will compete for playing time at a relatively crowded outside hitter spot for the Nittany Lions, who also added Utah transfer Zoe Weatherington at the position this offseason.

Williams and Weatherington were among the Penn State players who participated in USA volleyball’s open program in Colorado. Anjelina Starck and Rachel Muisenga joined the two newcomers at the three-day, invite-only event, where they had a chance to get to know their new teammates.

Williams racked up 1,181 career kills at Long Beach State, which didn’t play a 2020 season due to COVID-19. A member of the 2018 recruiting class, Williams has had a dozen matches with 20-plus kills so far in college and was twice named a first-team all-Big West performer.

Williams could be a significant contributor this fall for Penn State, which must replace starting outside hitter and former Maryland standout Erika Pritchard, who began her professional volleyball career in France this season after exhausting her collegiate eligibility with the Nittany Lions.

Williams’ selection to this year’s team signifies the Nittany Lions are getting one of the nation’s top players in her age group and someone who can take a high volume of swings if necessary. Williams also has quite an impressive top-spin serve, which will help a Penn State team that struggled to be consistent at the service line last season.