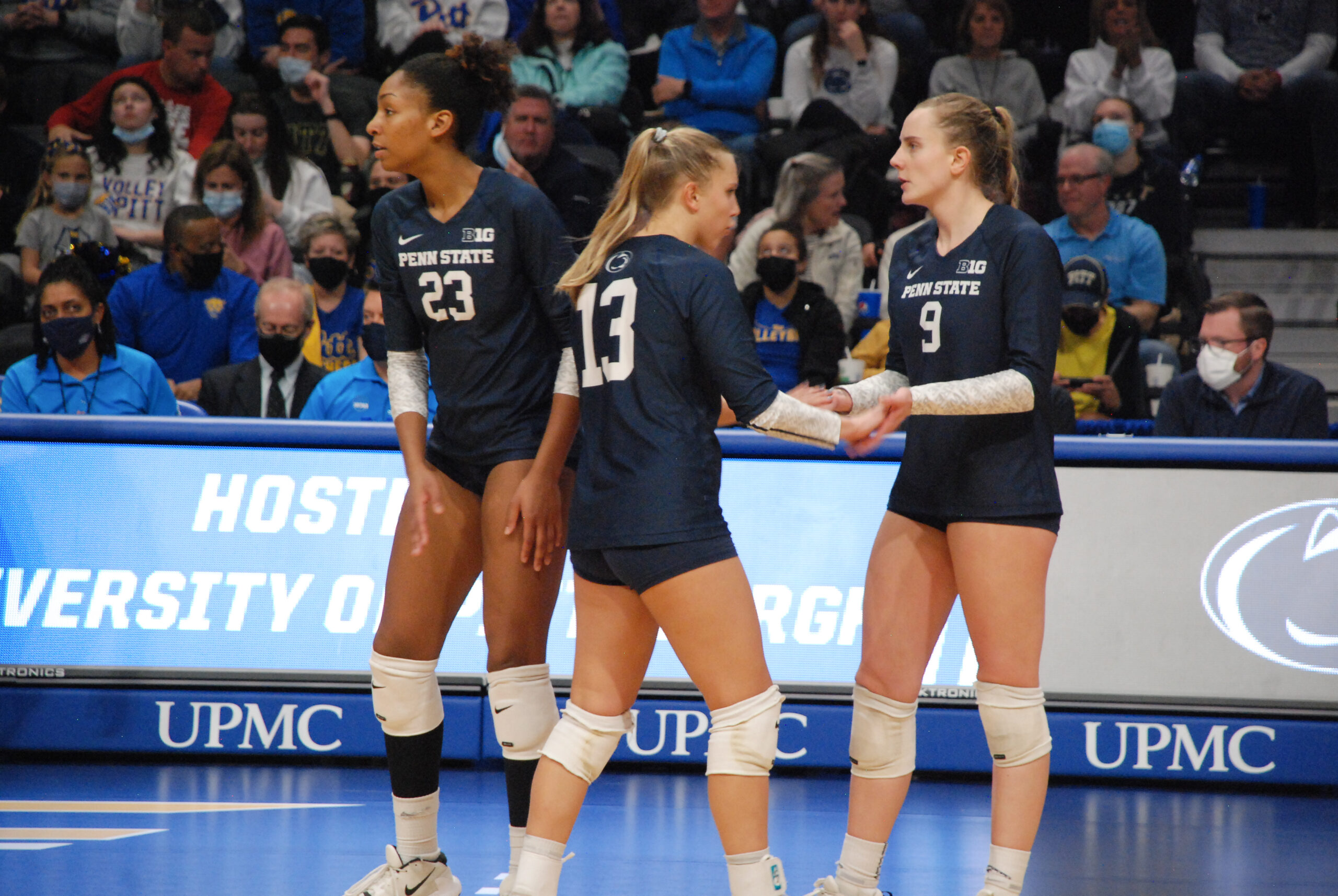 Parker led the Nittany Lions with 448 kills this season, while Hord paced Penn State’s defense with 165 total blocks. The Nittany have now had at least one All-American each of the last 20 seasons.

The AVCA is proud to release its 2021 Div. I All-America teams. The 2021 list includes 42 players—14 on the first, second, and third teams—and 54 honorable mention selections. Two players became the first 5-time All-Americans; who are they?
Find out here: https://t.co/RQwTuzwi9x pic.twitter.com/SZDhrKN0rM

Minnesota’s Stephanie Samedy and Wisconsin’s Dana Rettke are the only two players to be named five-time All-Americans after returning to school this fall for their extra season of eligibility. Badgers setter Sydney Hilley and Nebraska libero Lexi Rodriguez, the Big Ten Defensive Player of the Year as a freshman, rounded out the conference’s representatives on the first team.

Hord reportedly entered the NCAA transfer portal recently and can begin communicating with schools to explore where she would like to compete for her final college season. She could also opt to turn pro right away instead. Hord hails from Lexington, Kentucky, and her father, Derrick, played basketball for the University of Kentucky before being drafted by the Cleveland Cavaliers.

Parker, an elementary education major from Casstown, Ohio, led Penn State in kills the last four seasons and was a three-time captain alongside classmate Gabby Blossom. Parker was one of 10 finalists for this year’s Senior CLASS Award, which was presented to Hilley on Wednesday. Parker spent the fall semester wrapping up her student teaching at an area elementary school.

Hord, Parker, and libero Jenna Hampton, who has also reportedly entered the transfer portal, were All-Big Ten selections after putting together impressive campaigns that saw the trio surpass career milestones. Parker and Hord joined Penn State’s 1,000 kills club, while Hampton joined the 1,000 digs club with a team-high 530 this season.

The Nittany Lions finished 21-11 after losing to No. 3 seed Pitt in four sets in the second round of the NCAA tournament on December 4 in Oakland. The Panthers will face Nebraska Thursday at 9:30 p.m. in the semifinals following the match between Louisville and Wisconsin in Columbus, Ohio.