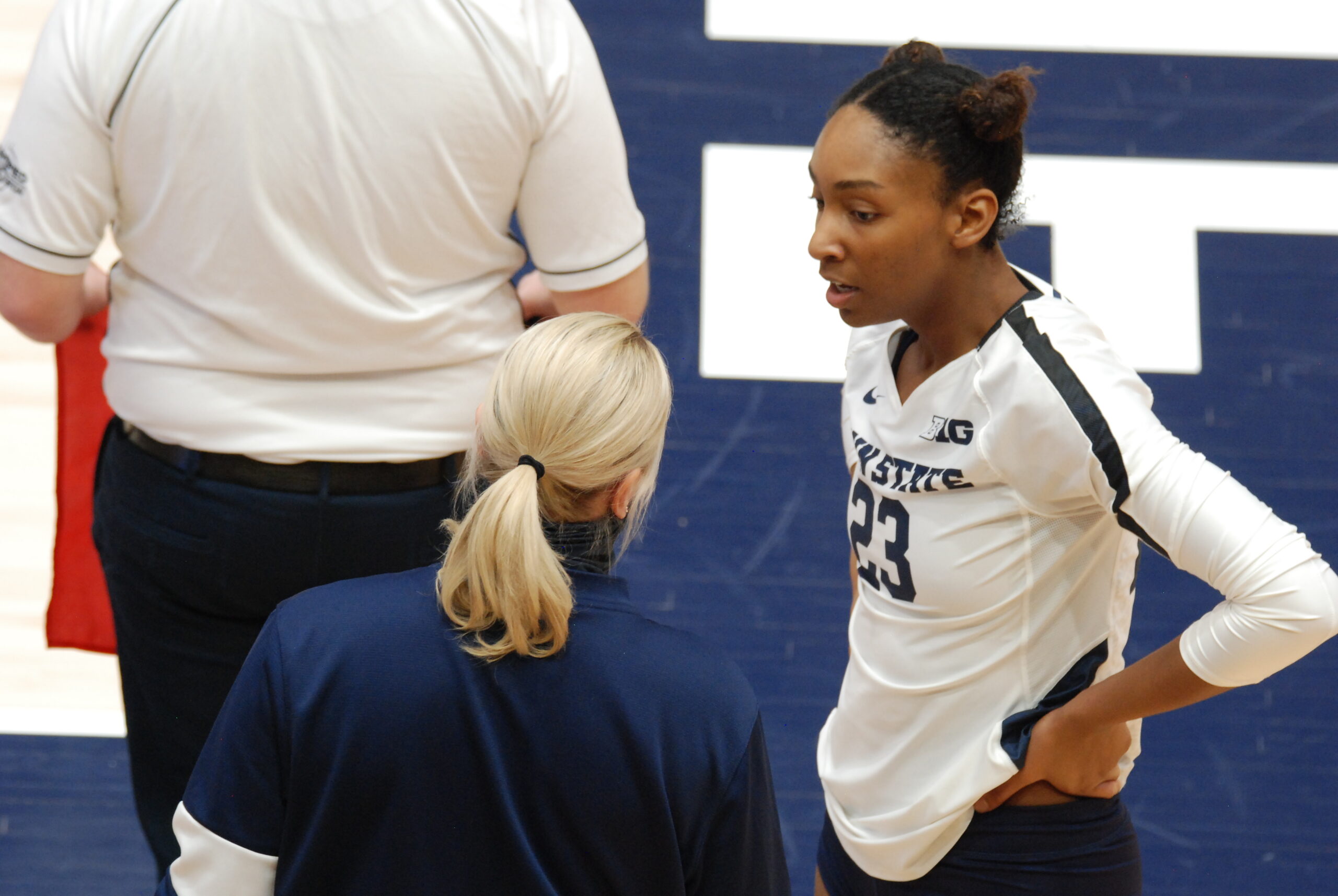 Hord was the only Nittany Lion to earn a spot on the All-Big Ten first team, doing so for the second season in a row, while Parker and Blossom landed on the second team. Hord had the fifth-best hitting percentage in the Big Ten with a .404 clip and tallied 125 kills and a team-high 71 blocks.

Parker led the Nittany Lions with 165 kills during Penn State’s 14-match regular season and is now 71 kills away from reaching 1,000 for her career. Blossom had 459 assists in 12 matches after missing opening weekend against Illinois and now sits at 1,877 heading into the NCAA tournament.

Despite a strong debut campaign that saw her finish second on the team with 138 kills during the regular season, AC Fitzpatrick was surprisingly left off the All-Big Ten freshman team. Jenna Hampton was Penn State’s sportsmanship award recipient. Hampton paced Penn State’s defense with 160 digs in her first season as the libero.

Minnesota’s Stephanie Samedy was named Big Ten player of the year after posting 259 kills, 158 digs, and 47 blocks. Sydney Hilley took home Big Ten setter of the year for the second straight season and led a group of seven Wisconsin players who were recognized by the conference. Dana Rettke, Grace Loberg, and freshman Devyn Robinson joined Hilley on the first team.

Purdue libero Jena Otec earned Big Ten defensive player of the year laurels, while Ohio State opposite hitter Emily Londot secured Big Ten freshman of the year after leading the conference with 298 kills. Jen Flynn Oldenburg was named Big Ten coach of the year after guiding the Buckeyes to a 15-3 record and their first NCAA tournament appearance since 2016.