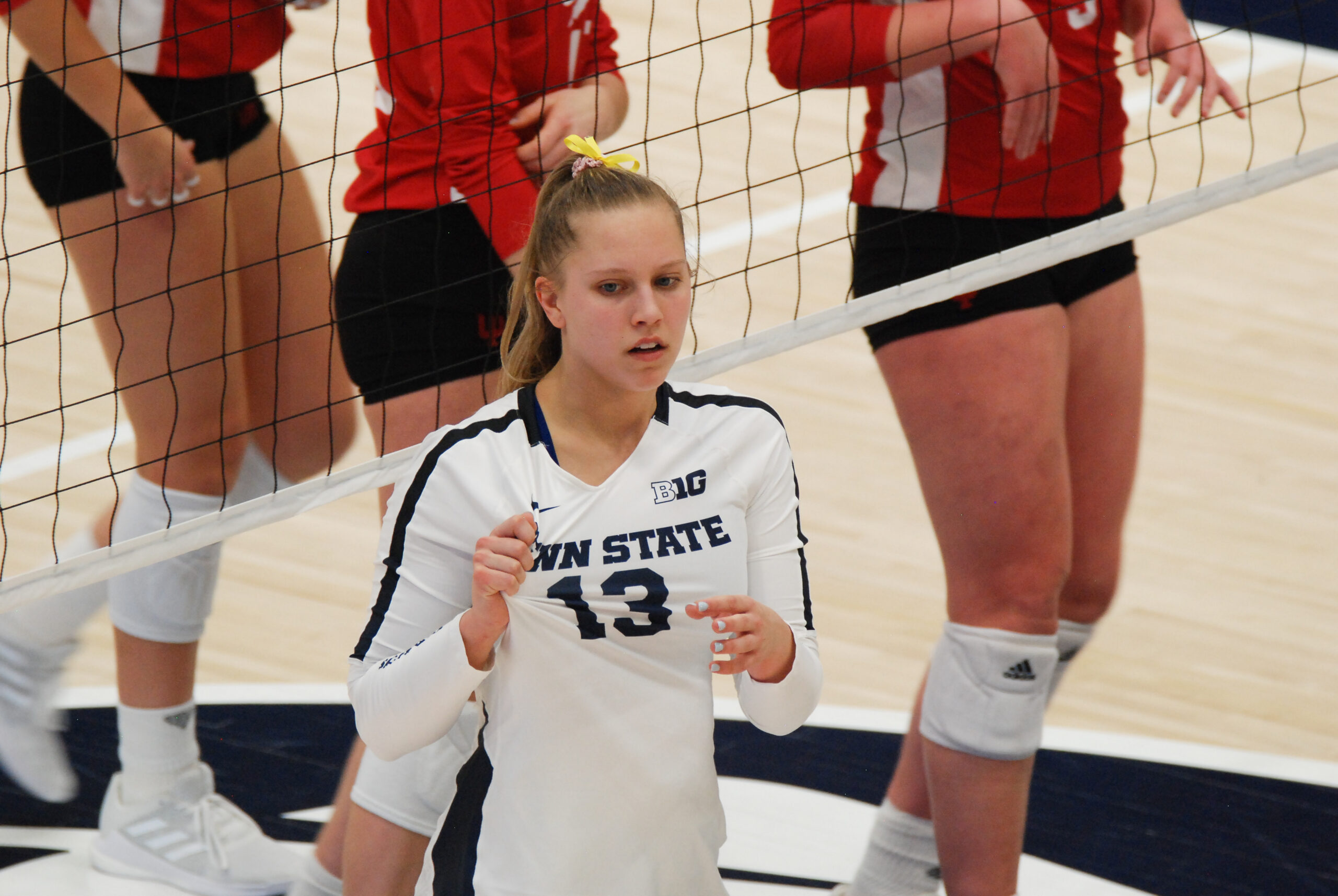 Penn State women’s volleyball standout Gabby Blossom was named the Big Ten setter of the week Monday after leading the Nittany Lions to a pair of sweeps over Rutgers.

Blossom, a junior captain from St. Louis, Missouri, is the first Penn State player to be recognized by the conference so far this season. Michigan’s May Pertofsky, Minnesota’s Regan Pittman, and Ohio State’s Rylee Rader joined Blossom as this week’s honorees.

Blossom had 73 assists, 17 digs, three kills, and an ace against the Scarlet Knights and was the only player to record a double-double this past weekend at Rec Hall, accomplishing the feat for the seventh time this season on Saturday.

Blossom earned a spot on the All-Big Ten second team as a sophomore last season and was named an AVCA third-team All-American following the 2019 campaign. Blossom currently leads the Nittany Lions with 412 assists despite missing the Illinois series opening weekend. She’s also one of four Penn State players with double-digit aces (10) so far.

Blossom is currently second on the team with 116 digs, trailing only classmate Jenna Hampton, who has 134 digs after securing Penn State’s libero role this season. When teams try to serve the ball to Blossom, she usually finds Hampton with a pass to keep the offense rolling.

Following Penn State’s 3-1 loss to Purdue two Fridays ago, Blossom gathered the team at midcourt and spoke for a few minutes, something Kendall White used to do after a tough loss. It’s clear the Nittany Lions respond to Blossom and fellow two-time captain Jonni Parker when they speak.

Blossom could reach 2,000 career assists by the end of the regular season, as she currently sits at 1,830 midway through her junior season. Blossom earned Big Ten setter of the week honors twice during her first year as a starter in 2019.

Blossom and the Nittany Lions will soon travel to East Lansing for a weekend series against Michigan State at Jenison Field House before welcoming Wisconsin to Rec Hall the following weekend for a huge series against the top-ranked Badgers.