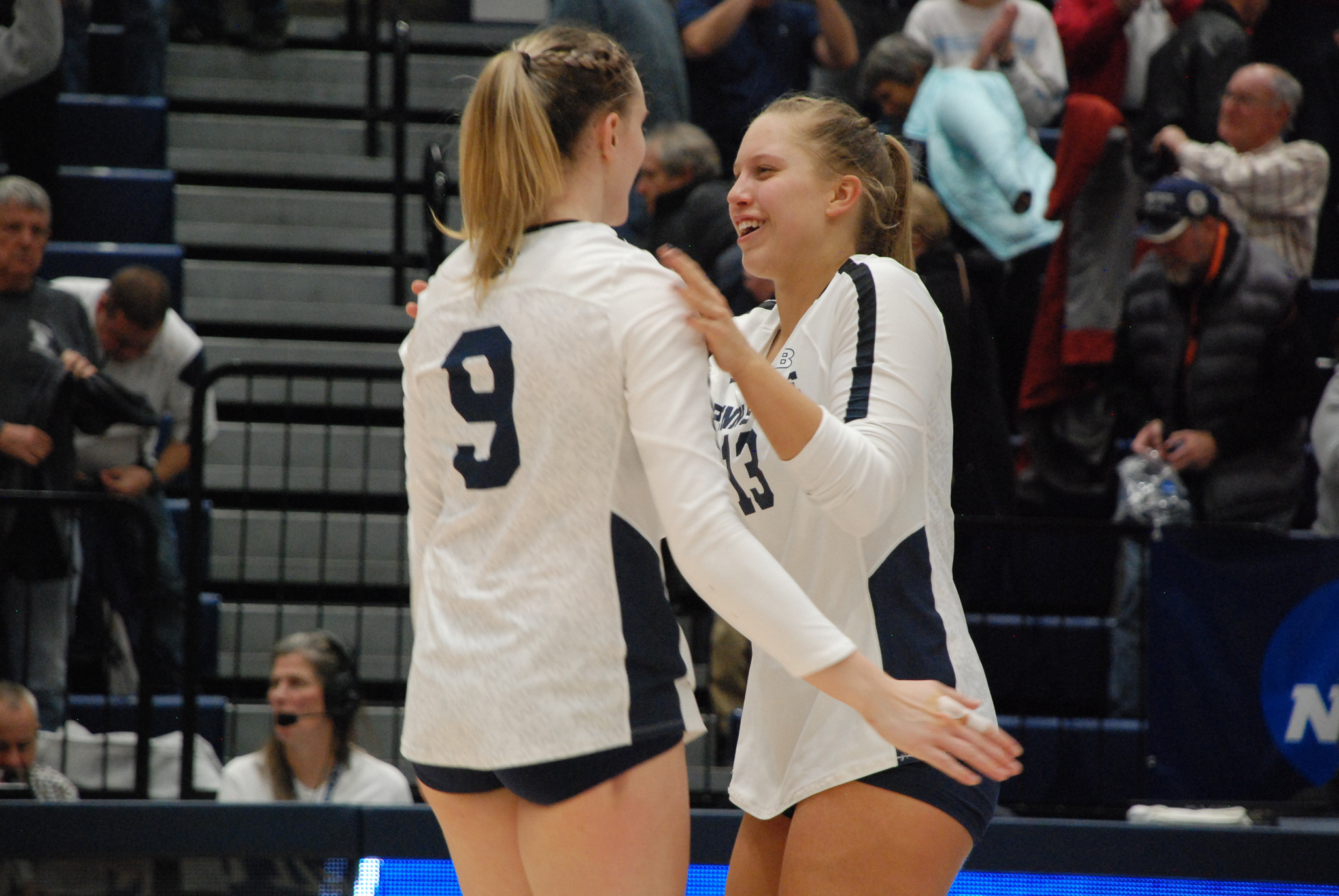 The Penn State women’s volleyball program announced Monday that Gabby Blossom and Jonni Parker will retain their captaincy roles for the 2020 season.

Blossom and Parker also served as captains for the Nittany Lions last season as sophomores alongside redshirt junior defensive specialist Kristin Krause, who graduated from the university this spring and will now pursue a teaching career.

Blossom and Parker have both been vocal leaders for their teammates on and off the court for quite some time, but now it’s their turn to take the baton from Kendall White and run with it. Blossom would often position herself directly to White’s right during important team huddles last season, absorbing every word.

Blossom and Parker are heavy favorites to eventually become three-time captains for the Nittany Lions — a rarity for any college program let alone one the caliber of Penn State women’s volleyball, which has won seven NCAA national championships.

Parker has started all 67 matches the last two seasons since arriving on campus as a highly touted prospect in 2018. She has 764 career kills heading into her junior season and has proven herself as one of the nation’s most versatile players and one of the Big Ten’s best servers.

Blossom, a heralded recruit in her own right, started one match as a freshman in Bryanna Weiskircher’s absence, mainly serving as a defensive specialist for head coach Russ Rose, then transitioned to the full-time starting setter role in 2019 and had immediate success. She had 1,332 assists last fall and made an impact in multiple facets of the game.

Both Blossom and Parker were named AVCA All-Americans last season (Parker for the second time). Penn State, Wisconsin, and Nebraska are the only three programs in Division I NCAA women’s volleyball to return four All-Americans from last season.

Blossom, Parker, Kaitlyn Hord, and Serena Gray are incredibly fun to watch compete and will be relied upon to set the tone for this year’s team during a Big Ten-only schedule (provided it still takes place as expected).

Despite reports early Monday that the conference’s member institutions had already voted to postpone all fall sports to the spring, an official decision hasn’t been made on the status of the 2020 season as of the publication of this article. A Big Ten spokesperson told Pete Thamel of Yahoo! Sports Monday afternoon that “no vote has been held by our presidents and chancellors.”