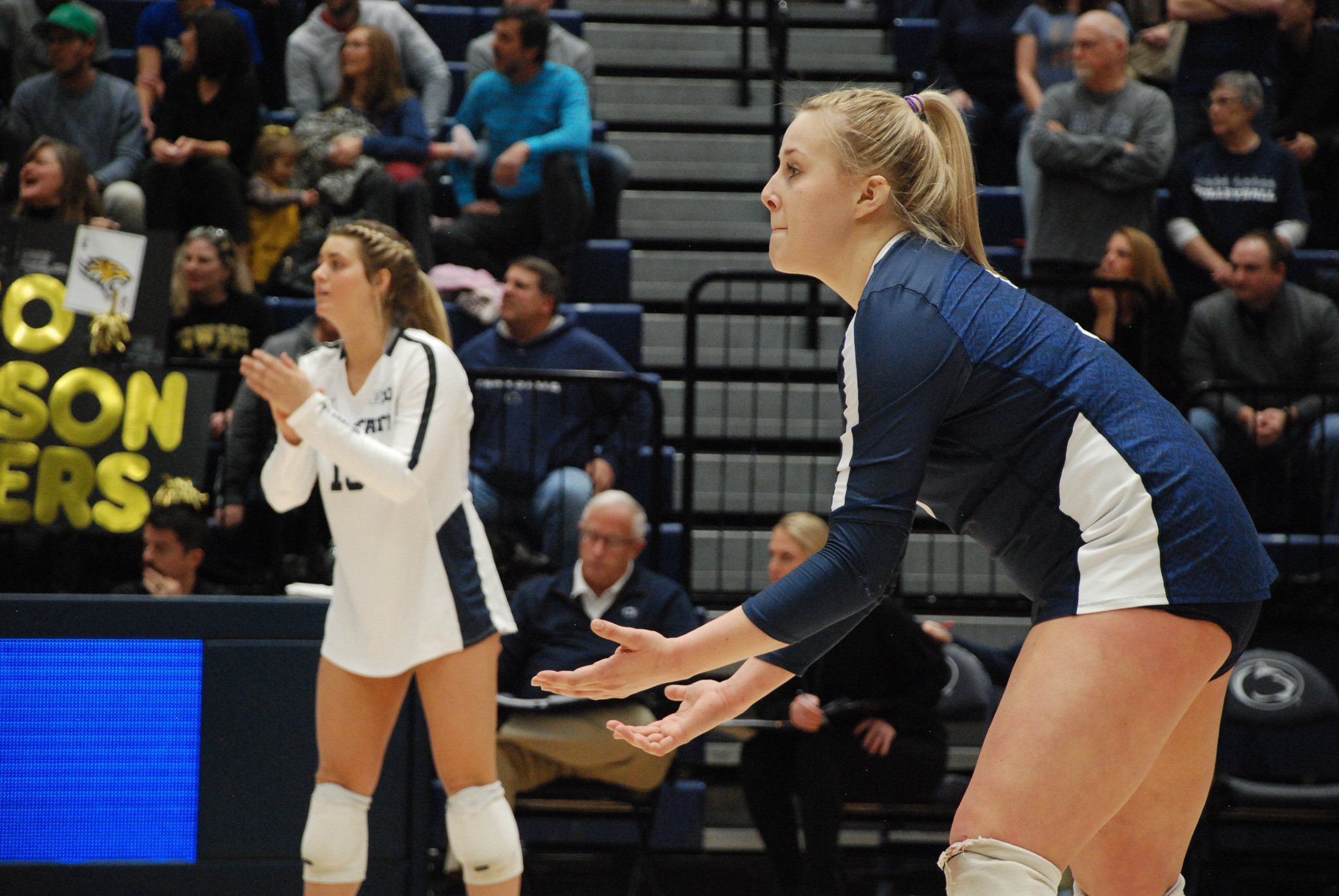 Penn State’s five representatives are the most of any college program featured on the team. Stanford, Texas, Wisconsin, Nebraska, Minnesota, and Purdue each have two players on the roster.

Which 25 athletes made the U.S. Women's National Team roster for the 2022 Volleyball Nations League?

The U.S. women’s national team has won the VNL three times in a row and is coming off its first Olympic indoor gold medal at the Tokyo Games, where Washington and Hancock helped lead the U.S. to a 7-1 record and an eventual 3-0 sweep of Brazil in the championship match.

“Our girls participating and actually playing and contributing and being a part of the first [gold medal] for the nation is wonderful,” Russ Rose said last August. “They’re both great representatives of USA volleyball and their families and Penn State. I was thrilled for them.”

White and Frantti made their U.S. debuts at the 2021 NORCECA Continental Championship last August, where the U.S. eventually lost to Canada, 3-2, in the third-place match. Rose also discussed White and Frantti’s performance following the seven-team tournament in Guadalajara, Mexico.

“I watched the matches and Kendall was as Kendall always is — worth the price of admission, in my mind, because she’s animated and she’s loud,” Rose said. “I thought she played really well. I’ve always felt that Ali has the potential to play [for Team USA]. She’s been playing professionally since she left Penn State.”

Hancock and Washington were teammates for the second consecutive season with Italian club Igor Gorgonzola Novara during the 2021-22 campaign, while White remained with French side Terville Florange Olympique Club for the second year in a row.

Frantti played for Italian club Reale Mutua Fenera Chieri ‘76 the last two seasons, while Reed had an outstanding season for Brazilian club Sesi Vôlei Bauru and is listed as an opposite hitter on the U.S. roster.

“Nia Reed is always one of my favorite people,” Rose said. “All of her career, every day, she had a big smile and cared about others and worked hard.”

Hancock is one of four setters on this year’s VNL roster, joining Illinois’ Jordyn Poulter, Wisconsin’s Lauren Carlini, and Stanford’s Jenna Gray. Washington is among seven middle blockers on the U.S. team, including Wisconsin’s Dana Rettke.

White, Nebraska’s Justine Wong-Orantes, and Stanford’s Morgan Hentz are the liberos, while Frantti is among several talented outside hitters, including Nebraska’s Kelsey Robinson and Stanford’s Kathryn Plummer. Reed is notably joined by fellow opposites Jordan Thompson of Cincinnati and Annie Drews of Purdue.

Hancock will wear No. 1 for the U.S., Washington will wear No. 15, White will don No. 22, Frantti will sport No. 30, and Reed will suit up in No. 33. Fourteen players will be chosen for each week’s travel roster.

The first round of matches will be hosted by the U.S. May 31 through June 5 at Brookshire Grocery Arena in Bossier City, Louisiana. The following rounds will be held in Quezon City, Philippines, and Calgary, Canada. The finals are scheduled for July 13-17 in Ankara, Turkey.

“We’re thrilled about the people on our roster,” U.S. head coach Karch Kiraly said in a release. “We’ve got a great range of experience, from Olympians to people spending their first time with our program. And finally, we’re eager to face the unknowns, and see what lessons this group can gather from battling the strong teams of the world.”