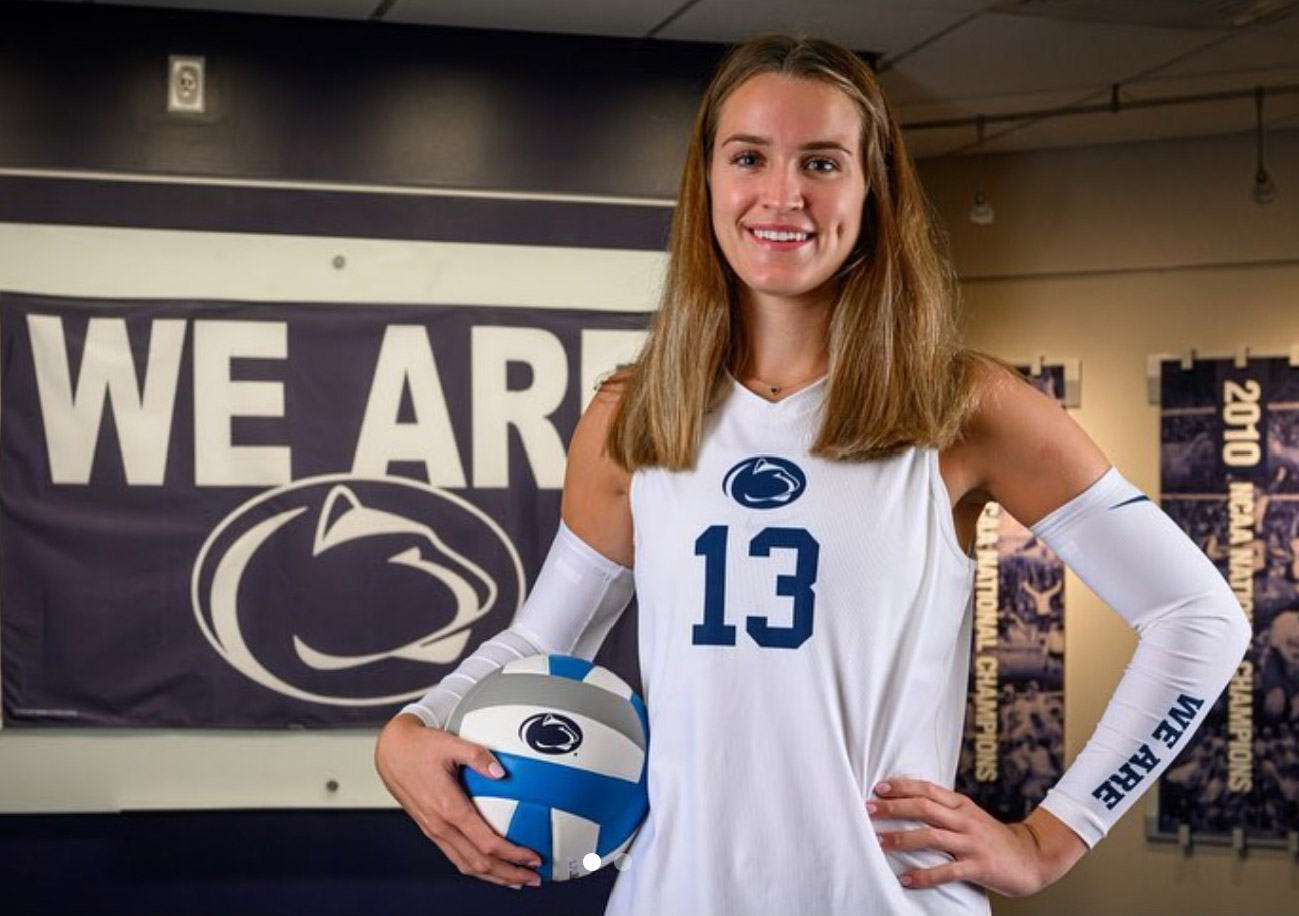 I am beyond excited and grateful to announce I will be continuing my academic and athletic career at Penn State University.  Thank you to all my family, friends, teammates, and coaches who have helped and supported me along the way. Thank you so much to coach Katie, Dan, and Brian for this incredible opportunity.

Burke visited Penn State’s campus and toured the facilities Tuesday, watching practice and meeting with the coaching staff. Burke also spoke to several current Nittany Lions about what it’s like to play for the program.

Fifth-year senior Katie Clark is the only middle blocker on Penn State’s 2022 roster who will exhaust her collegiate eligibility after this season. Clark recently graduated from the university this summer.

Expected starters at middle blocker, Allie Holland and Taylor Trammell, both have three seasons of eligibility left, including this fall, due to the COVID bonus season they received after playing their freshman year in spring 2021.

Burke’s addition to the program before next season will give Katie Schumacher-Cawley and her staff another player with solid height in the front row who can push her teammates for playing time.

Burke is the latest player from Schumacher-Cawley’s home state of Illinois to commit to the Nittany Lions, following Hurta, Grimes, and libero Ava Falduto in picking Penn State since Schumacher-Cawley was hired as Russ Rose’s successor.