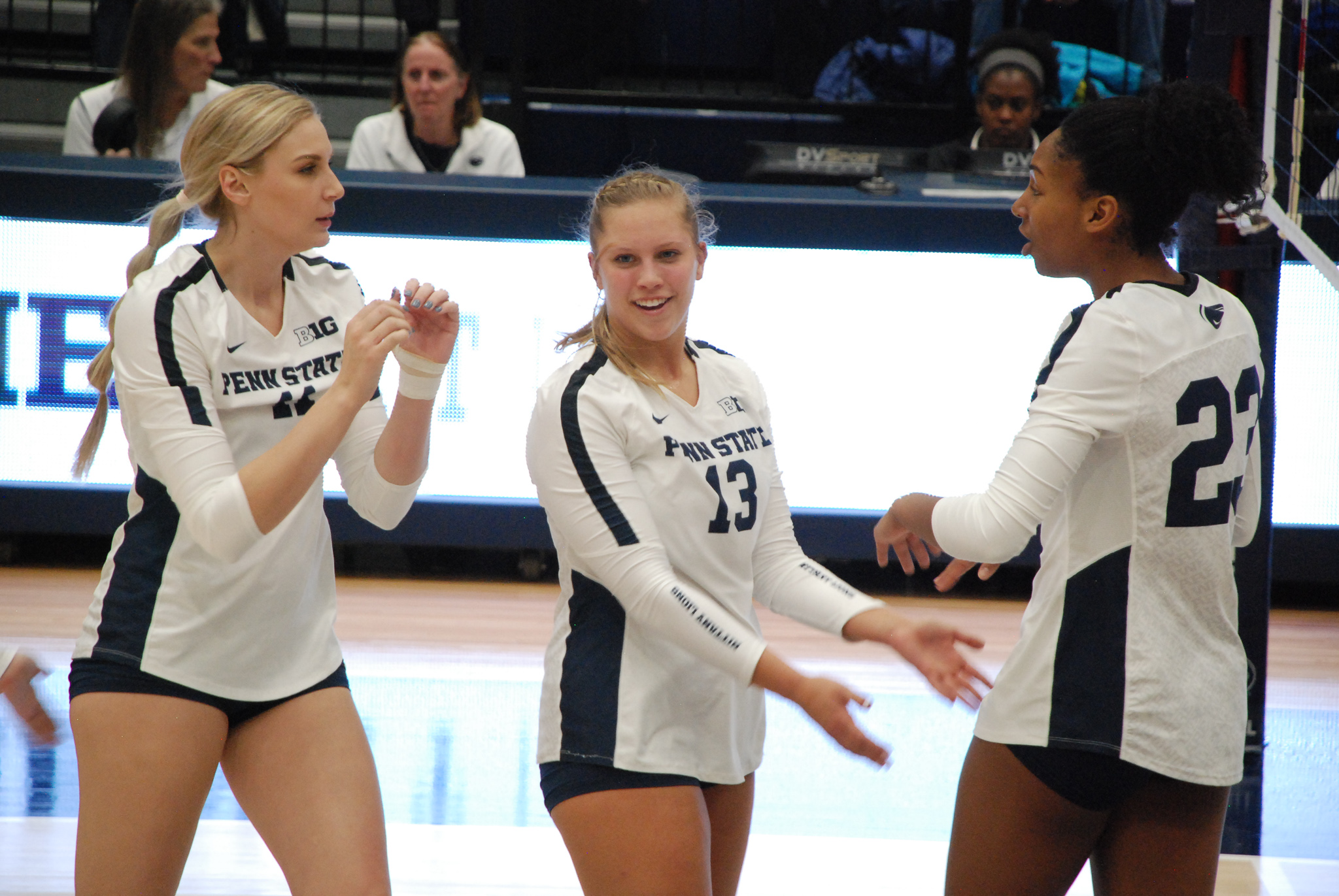 Anjelina Starck and Rachel Muisenga earned spots on the second team and were among 49 total athletes recognized by the publication.

Starck and Muisenga are both highly touted prospects who held scholarship offers from a host of top programs before picking the Nittany Lions. Colorado and Illinois, where they currently reside, have moved their girls’ volleyball seasons to the spring due to the COVID-19 pandemic.

Starck, a 6-foot-2 outside hitter, plays for Rampart High School in Colorado Springs, while Muisenga, a 6-foot setter, plays for perennial power Benet Academy in Lisle. Both of their vertical leaps already allow them to reach past 10 feet.

Muisenga led her team to a state championship and a 41-1 record as a junior in her first season as the starting setter. The versatile Starck can hit and pass at a high level and led her team to the state quarterfinals last season.

Richmond, Virginia, setter Quinn Menger and Kingwood, Texas, middle blocker Erika Williams round out the rest of Penn State’s 2021 recruiting class at the moment. Starck and Muisenga were complimentary of one another this past April while discussing each other’s skill sets and personality.

Starck has some experience playing setter in her own right, but transitioned to more of a hitting role for her club and high school teams. Penn State fans could get used to seeing the Muisenga to Starck connection over the coming years.