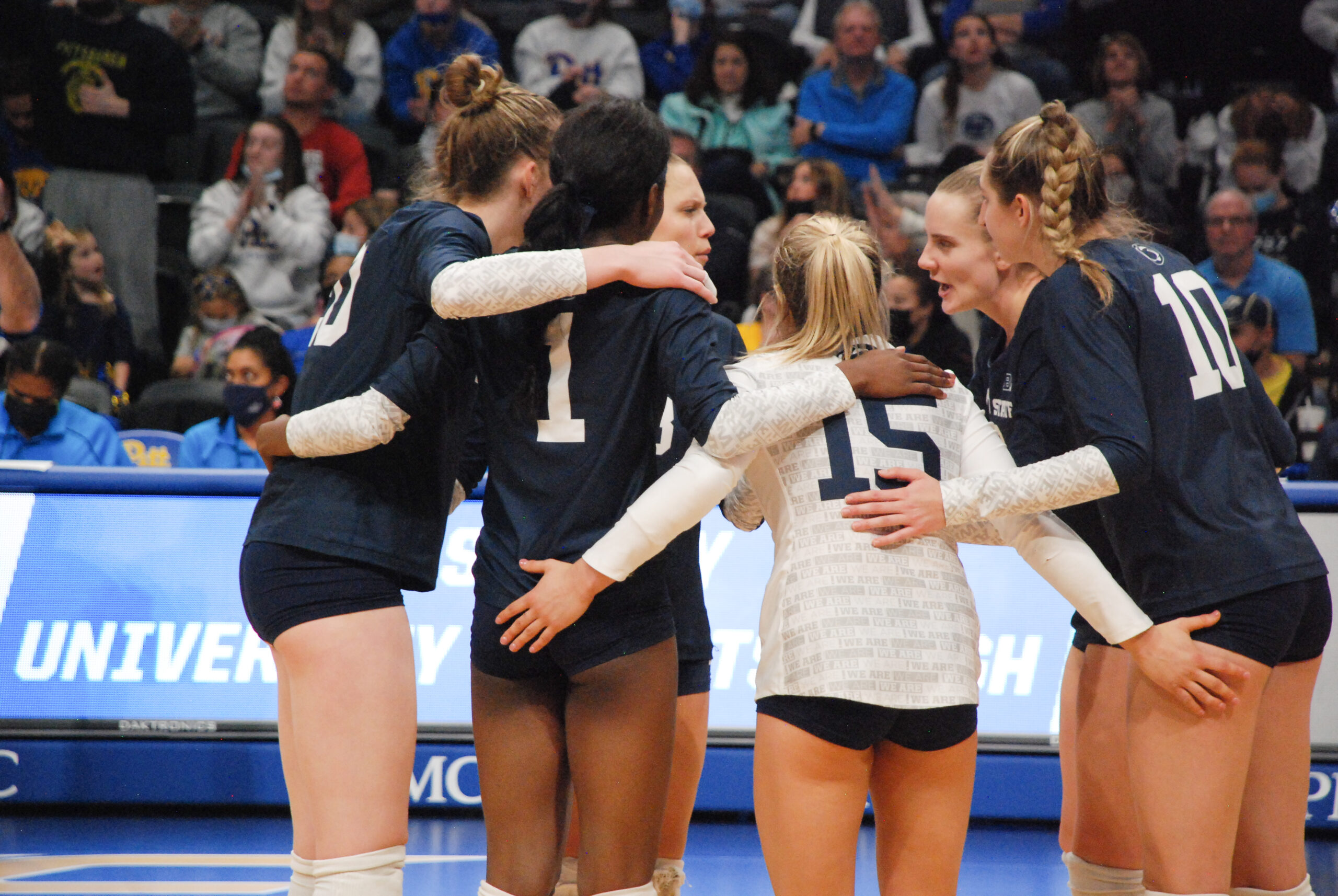 Penn State women’s volleyball signee Alexa Markley was the latest Nittany Lion to compete in the Under Armour All-America Volleyball Match a few weeks ago in Orlando, Florida, showcasing her skills on national television for the first time.

Markley was a member of Team Icons and finished with four kills on eight swings (.375) and four total blocks in the exhibition held on UCF’s campus. Markley earned a golden ticket to compete in the match after performing well at one of the Las Vegas selection camps last July.

Markley was recently named a PrepVolleyball.com first-team All-American alongside 2023 Penn State commit and Gatorade Indiana Player of the Year Chloe Chicoine. Markley plays her club volleyball for A5 Mizuno and signed her national letter of intent with the Nittany Lions on November 10, 2021.

Markley discussed her Under Armour experience and her relationship with fellow 2022 signee and future roommate Mandi Morioka, among other topics, in an exclusive interview with DigNittanyVolleyball. Check out the full transcript below.

What were some of the highlights of the week for you? How was it meeting U.S. national team star Jordan Thompson?

“Some highlights of the week for me were spending time with the other players from across the country, all the accommodations and gear we were gifted by Under Armour, and of course competing in the All-America game. The whole experience in general was a highlight. I have been friends with many of the other players for a long time, and we have all looked forward to this event for what seems like forever. It exceeded my expectations in every way. I am so grateful for the opportunity and thankful for everything Under Armour did for us, and how invested they are in supporting female athletes and especially women’s volleyball. Another huge highlight of my week was meeting Jordan Thompson and holding an Olympic gold medal. Meeting Jordan was unreal. She is an amazing player and an even better person. She shared some of her experiences with us playing internationally and what is was like to win the Olympics.”

What was it like getting to know the other players better and spend some time off the court with them?

“I have had the opportunity to know most of the players through USA volleyball and club tournaments, but I also got to know some girls I had not met before in person. It was so much fun to play and practice with such high-level athletes. Several other players at the game will also be playing in the Big Ten, and it made me realize how excited I am to get to Penn State and to play and compete at such a high level every match. Although we were very competitive on the court, off the court everyone was so sweet, and I am so glad to have gotten to know these players more personally.”

What did you think of the accommodations, food, new recovery gadgets, and all the Under Armour gear you received?

“All I can say is wow! The accommodations, food, recovery, and gear were more than I could have ever imagined. Under Armour spoiled us, and I am so grateful for the experience. I especially loved the recovery gadgets, because most I have never tried before, and I felt really well prepared to play at my best.”

What are your takeaways from the match itself? Do you anticipate playing some right-side at Penn State? What are the biggest differences between that and outside hitter?

“I thought it was a super competitive match. Of course, in the beginning we were all getting the nerves out since this was our first time ever playing on national TV. After that, everyone really came out at full intensity, and it was so much fun to play with and against the best players in my class. I am capable of playing either outside or right-side. I played outside in high school and last club season, but prior to that I played right-side, so it was nothing new to me in the match. At Penn State, I plan to play whatever position my coaches think is best for the team. Some major differences between outside and right-side to me are there is more of a focus on blocking techniques on the right side, while on the outside there is more of a focus on serve receive and defense.”

When are you planning to arrive on campus and begin classes? What’s your relationship like with new head coach Katie Schumacher-Cawley?

“I am not graduating early, so I will be arriving after I finish my last semester of high school. I am very excited that Penn State decided Coach Katie will be the next head coach and look forward to playing for her. I have gotten to know her well over the last couple years throughout the recruiting process. I love her competitiveness and vision for the future of Penn State volleyball. I can’t wait to get on campus and start preparing for fall season.”

What are some of your goals for club season and what would you like to improve on before getting to Penn State?

“The major goal for me and my teammates this club season is to win a national championship. My team is filled with such high-level talent at every position. I think if we keep working hard in practice, we have the capability of bringing home that national title. I would love to improve on all aspects of my game before getting to Penn State, but definitely a priority is blocking. Also finishing high on my swing and not bringing the block back into play while attacking is something I want to improve on. I know playing against the elite players in the Big Ten there will be a huge block, so I would like to get ahead and learn how to better avoid that now. Finally, defense and serve receive to be a more versatile player.”

What are some of your favorite things about your future roommate Mandi Morioka? What’s she like as a person?

“I have not met Mandi in person yet, but we do communicate through social media a ton. We are both very excited to come to Penn State and we can’t wait to get to work. I can’t wait to share my college experience with her as teammates and roommates.”