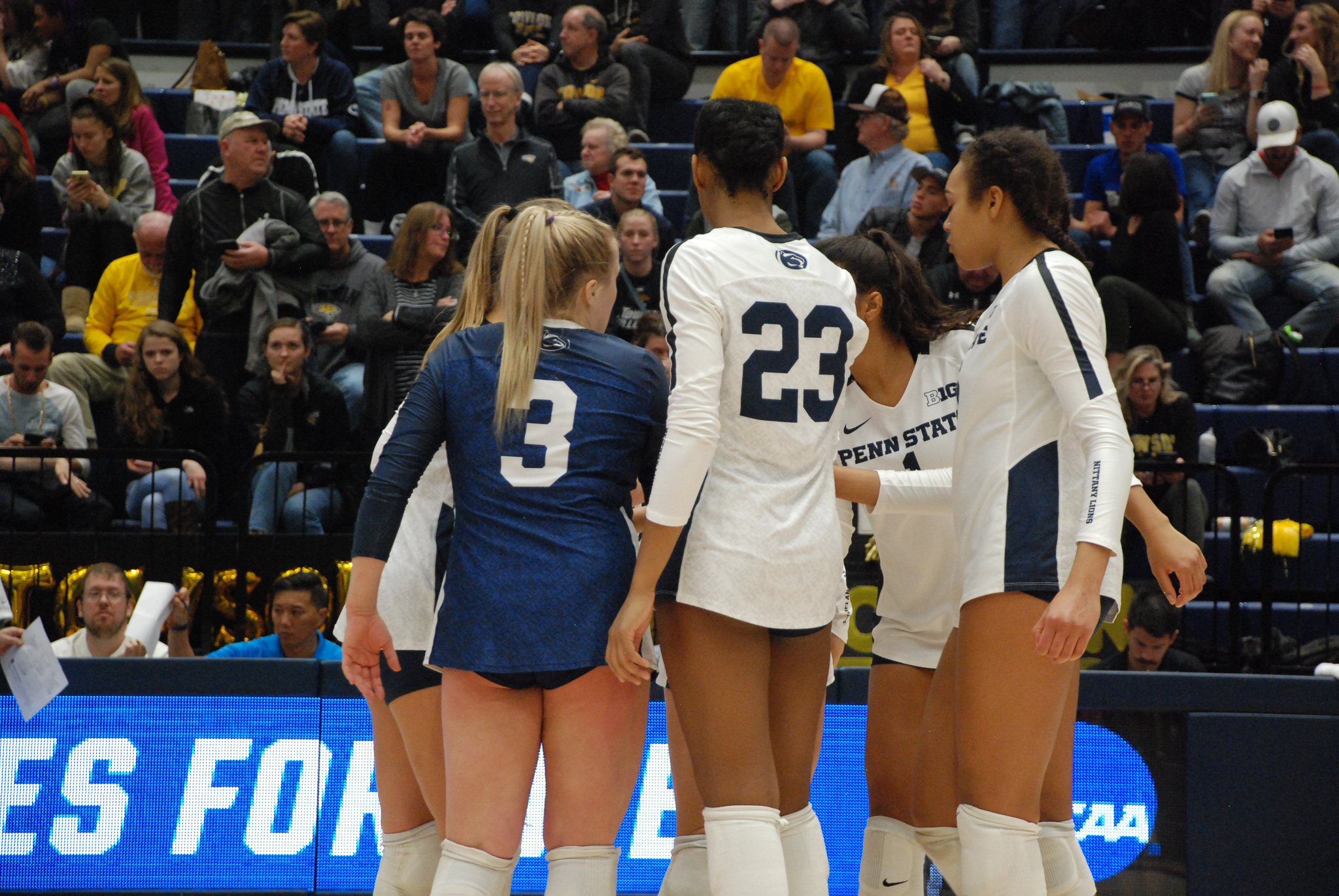 Lee, a 6-foot-1 outside hitter from Menomonee Falls, Wisconsin, tallied a downright ridiculous 44 points in Kurobe’s 3-2 win over the PFU Blue Cats. Lee also spent last season with the AquaFairies after playing in Italy, Turkey, and Germany since graduating from Penn State following the 2017 season.

SAME TEAM 🧚🏽 SAME NUMBER 🔟 NEW GOALS 👊🏽💥 • • So glad to #officially announce that I’m back playing for the Kurobe Aqua Fairies for a second season. I’m so excited to continue to fight with these girls and achieve our goals this season!! • • Reveling in the fact that I’m here, playing the sport I love, being supported by friends and family, and living the life I’ve always dreamed. I have so much to be grateful for. #flowersbeforethegrave • • #kurobe #kurobeaquafairies #volleyball #pursueyourpassion #professionalathlete #japan

Lee earned AVCA All-American honors twice as an upperclassman for the Nittany Lions — landing on the first team both times after amassing 981 kills her final two years on campus. She was named the 2017 Big Ten Player of the Year as a senior and helped the Nittany Lions win a national championship as a freshman in 2014. Lee finished her Penn State career with 1,274 kills, 544 digs, and 213 blocks.

Lee won gold with the United States at the 2018 Pan American Cup and also represented her country during the first two weeks of the 2019 FIVB Volleyball Nations League.

Lee is the only American on this year’s roster for the AquaFairies, who are members of Japan’s highest-division, 12-team professional league. Lee wears No. 10 for Kurobe after donning No. 22 with the Nittany Lions. She spent the offseason training with family and focusing on her mental approach to the game in her hometown of Milwaukee.

Earlier this summer, Lee shared on Instagram how she has transformed her body through meditation, exercise, and clean eating, among other things. The results have clearly shown up on the court for Lee, who couldn’t have asked for a much better start to the season. Lee continues to be a force above the net and from the service line, boasting an incredible vertical leap and quite a powerful serve — something Penn State fans will remember vividly from her days in Rec Hall.

Kurobe is located in Toyama Prefecture on the northern coast of Japan and features both shoreline and the 3,000-meter Hida Mountains, so Lee will have an abundance of beautiful landscapes to explore when she isn’t practicing or competing. Jenna Hampton, a junior defensive specialist for the Nittany Lions, visited Japan as part of the 2019 Big Ten Volleyball Foreign Tour.