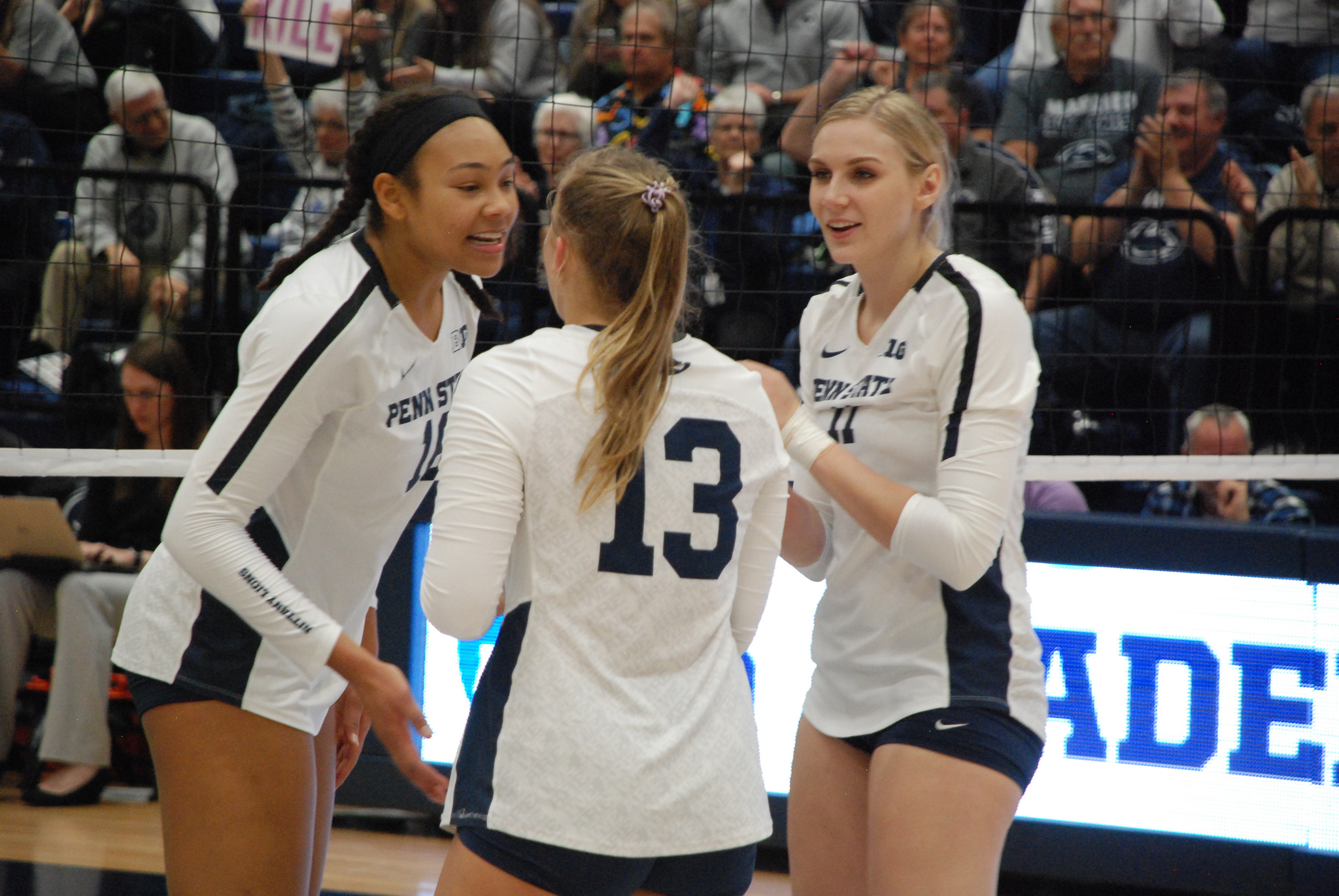 Penn State women’s volleyball earned the No. 11 overall seed and will host Princeton in the first round of the NCAA tournament Friday at 7:30 p.m. at Rec Hall.

The Nittany Lions (24-5, 17-3 Big Ten) could have secured a share of their 18th Big Ten title in program history with a win over Minnesota Saturday night, but the Golden Gophers prevailed 3-1 for their first win at Rec Hall since 2004. American and Towson will play in the other first round match at Rec Hall this Friday.

Penn State currently holds a 7-2 lead in its all-time series against Princeton, but hasn’t played the Tigers since 2010.

Wisconsin, which claimed its first Big Ten crown since 2014 and sixth overall, earned one of 32 automatic qualifiers and is seeded No. 4. Nebraska (No. 5), Minnesota (No. 7), Purdue (No. 16), Michigan, and Illinois will also represent the conference, which is sending the most teams to the tournament with seven. The SEC and Pac-12 both had six teams qualify.

The Nittany Lions could meet No. 6 seed and ACC champion Pitt for the third time this season in the Sweet 16. The Panthers swept Penn State Sept. 20 at Rec Hall, but the Nittany Lions returned the favor two days later with a 3-2 win in Oakland — Pitt’s only loss of the regular season.

Penn State won three more conference matches this season than it did last fall before an Elite Eight run that came to a close against eventual national champion Stanford. If the Nittany Lions win their next six matches, they will tie the Cardinal for the most national championships in NCAA women’s volleyball history with eight.

Sophomore middle blocker Kaitlyn Hord finished the regular season with the Big Ten’s best hitting percentage (.441), while classmate Serena Gray came in sixth with a .370 clip. Hord is also third in the conference with 1.31 blocks per set and has by far the most blocks (134) of any Nittany Lion this season.

Jonni Parker surpassed 700 career kills during Penn State’s loss to Minnesota and is again leading the team in kills for the second straight season. Parker’s ferocious jump serve has resulted in a team-high 39 aces. She simply does it all for the Nittany Lions, recording 176 digs and 64 blocks as well.

Parker, Hord, Gray, and fellow sophomore Gabby Blossom are the only Penn State players to start all 29 matches during the regular season. Blossom has been terrific in her first year as the starting setter for head coach Russ Rose, tallying 1,159 assists, 237 digs, 45 kills, 31 blocks, and 21 aces. She’s had nine double-doubles so far this season and was named Big Ten setter of the week three times.

Rose owns a 101-31 record in the NCAA tournament heading into this weekend and has now guided the Nittany Lions to appearances in all 39 tournaments since its inception in 1981.

Senior libero Kendall White is rapidly approaching the Penn State career digs record held by Kaleena (Walters) Davidson. White needs 16 more digs to become the program’s all-time leader and could certainly accomplish the feat Friday against the Ivy League champion Tigers, who are 17-7 on the season

This year’s Final Four will be held at PPG Paints Arena in Pittsburgh Dec. 19-21. If the Nittany Lions make it to the Steel City, rest assured there will be a huge contingency of Penn State fans on-hand.