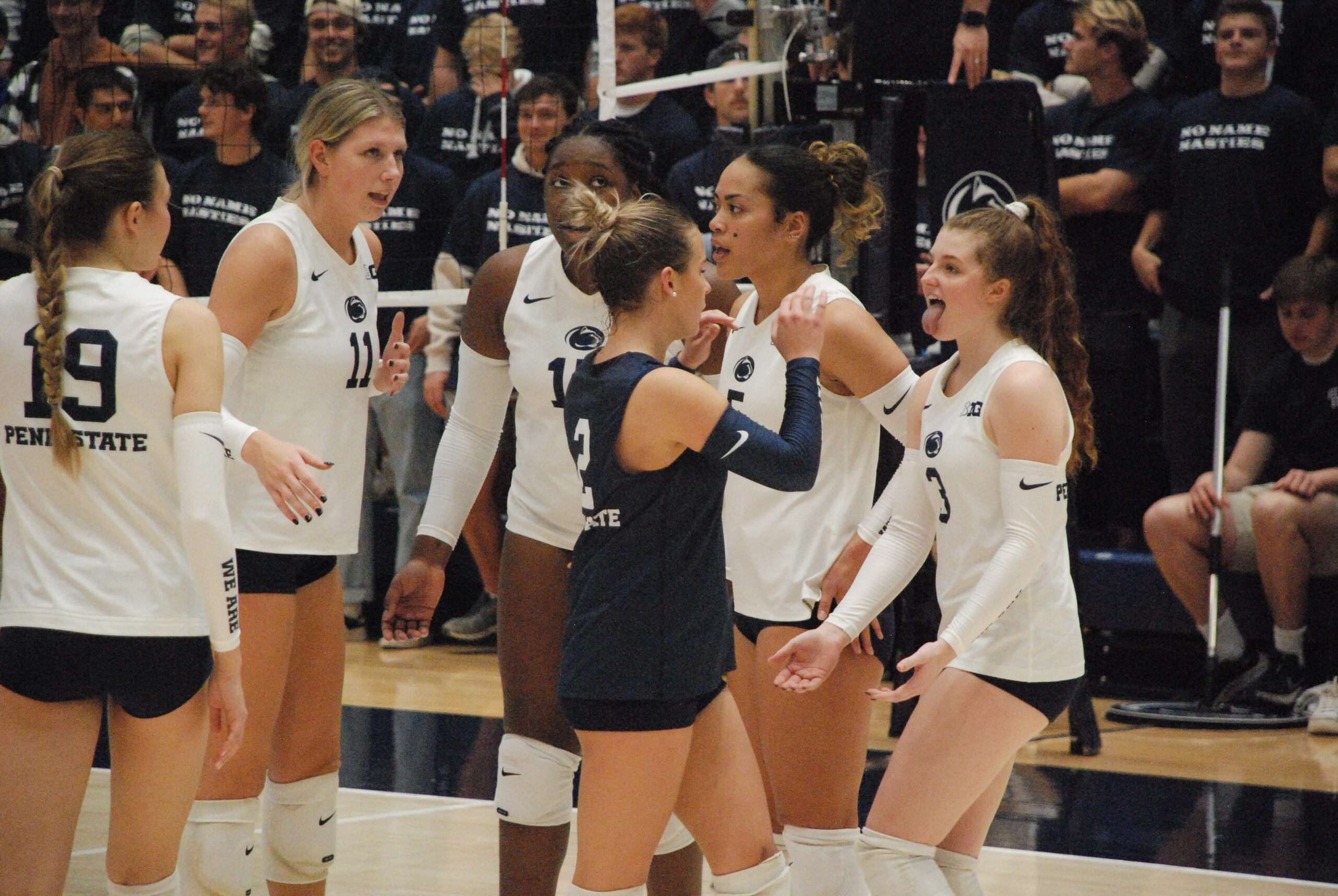 Kash Williams led the Nittany Lions (21-6, 10-6 Big Ten) with a match-high 22 kills and hit .381 against the Boilermakers, who took the first set following 11 ties and three lead changes in the first frame. Maddy Bilinovic led Penn State’s defense with 19 digs and five assists.

The Nittany Lions did an excellent job limiting Purdue freshman Eva Hudson’s impact on the match, holding Hudson to 13 kills and a .151 hitting percentage on a night where the Boilermakers hit .196 as a team. For the season, Hudson is averaging 4.33 kills per set with a .256 hitting percentage.

Leisa Elisaia, who finished with 47 assists, 10 digs, four kills, four blocks, and an ace, guided Penn State to a .245 clip, including an impressive .357  in the third set. Elisaia earned her third Big Ten Setter of the Week award on November 7th after guiding the Nittany Lions to a 3-1 win over Maryland at Rec Hall and a sweep of Rutgers in Piscataway, New Jersey.

I spoke with the @PennStateVBALL setter last night after their big top-15 win in West Lafayette on how the offense was clicking! @BigTenNetwork #NCAAWVB pic.twitter.com/R5ug3vzCBe

Both teams had 11 blocks, but Penn State finished with a 6-4 advantage in aces, led by sophomore defensive specialist Cassie Kuerschen’s two. Kuerschen and freshman Gillian Grimes had 10 digs apiece in Penn State’s first ranked win over a Big Ten opponent so far this season. Williams, Kuerschen, and Anjelina Starck (eight digs) were Penn State’s only substitutes of the match.

Alexa Markley put together another solid showing with 13 kills, two digs, two blocks, and an assist, as the freshman outside hitter appears to be gaining confidence as the season goes on. Markley took 41 swings against Purdue, one fewer than Williams. Katie Clark was extremely efficient with nine kills and a .438 hitting percentage, while fellow middle blocker Allie Holland was held to three kills on 20 swings.

Zoe Weatherington rounded out the scoring for Penn State with eight kills, but struggled at times to keep the ball in play with eight attack errors. Purdue libero Maddie Schermerhorn led all players with 25 digs, while the Nittany Lions had four players finish with double-digit digs in a tough environment to play.

The Nittany Lions have won four Big Ten matches in a row since dropping a 3-2 contest to Ohio State on October 29 at Rec Hall. Penn State has a huge home weekend coming up against No. 9 Minnesota and No. 3 Wisconsin Friday and Saturday. Both matches will be broadcast on Big Ten Network. Friday’s showdown at 8:30 p.m. is the team’s White Out match, while Saturday’s 8 p.m. start serves as the annual Silent Set, which is now in its third season.