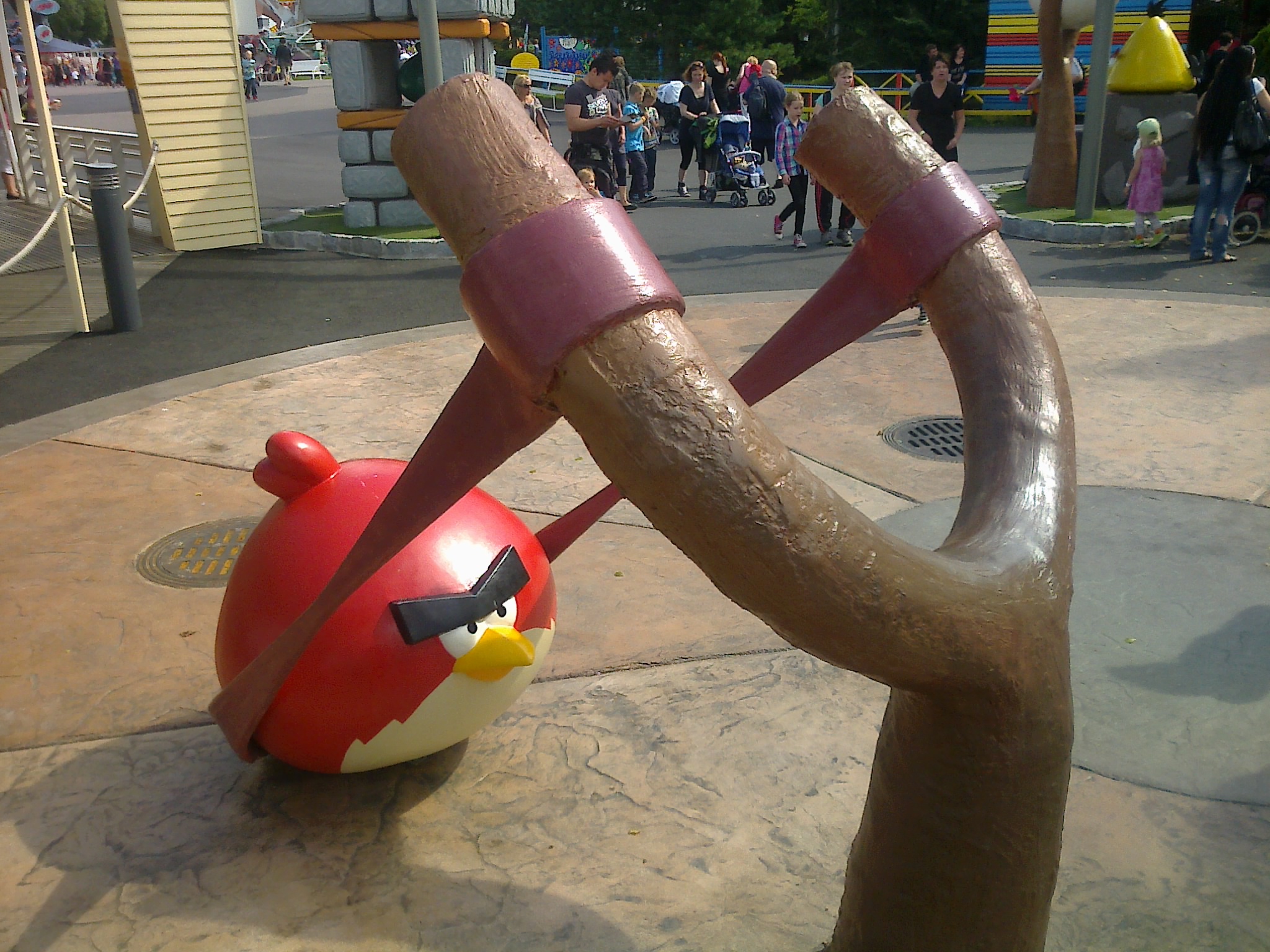 Nebraska started slow, but came out like a shot in the fifth set 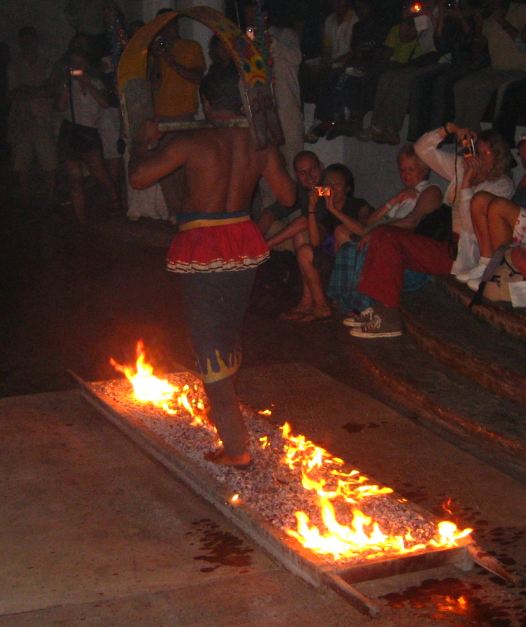 What does tough look like? Check out this guy.

It just comes down to buckling down and handling business, and we didn’t finish.

Head Coach Russ Rose’s answer was, at least in part, a lack of toughness.  Whatever it was, a great beginning for the Nittany Lions didn’t end well, and, as Coach Rose noted, a loss is a loss, no matter how hard-fought and no matter how close:

If their parents and boyfriends and everybody tells them ‘It’s okay, [you] tried your hardest,’ then you’re missing the point of sports.

After Nebraska’s 3-1 loss to the Ohio State Buckeyes on Friday night, Nebraska head coach John Cook had this to say in his post-match press conference:

Ohio State did a nice job tonight.  I thought we were tentative, and didn’t really do anything to pressure them on our home court, tipped balls, missed serves, just didn’t play very good volleyball.

After the Cornhuskers win Sunday afternoon, it was a different story, as Coach Cook, daughter Lauren Cook, and Gina Mancuso all gave intervews. 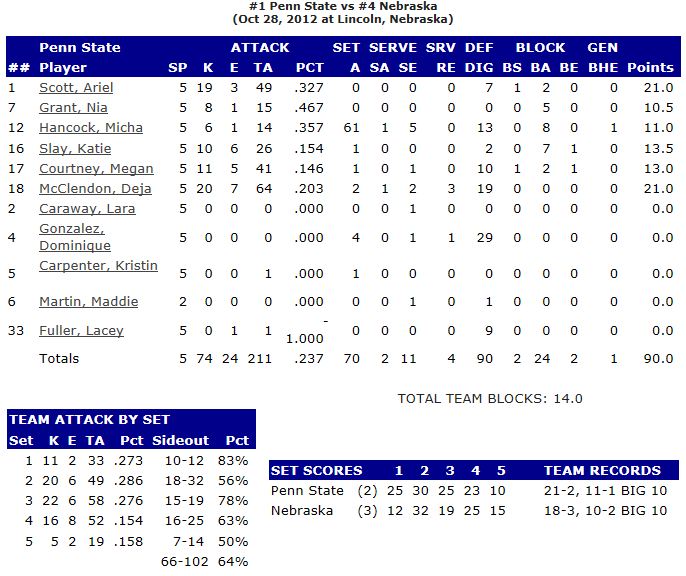 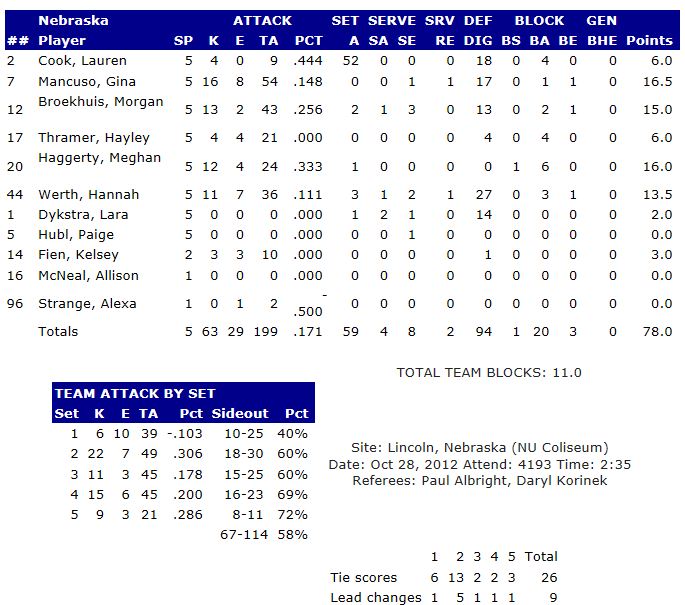