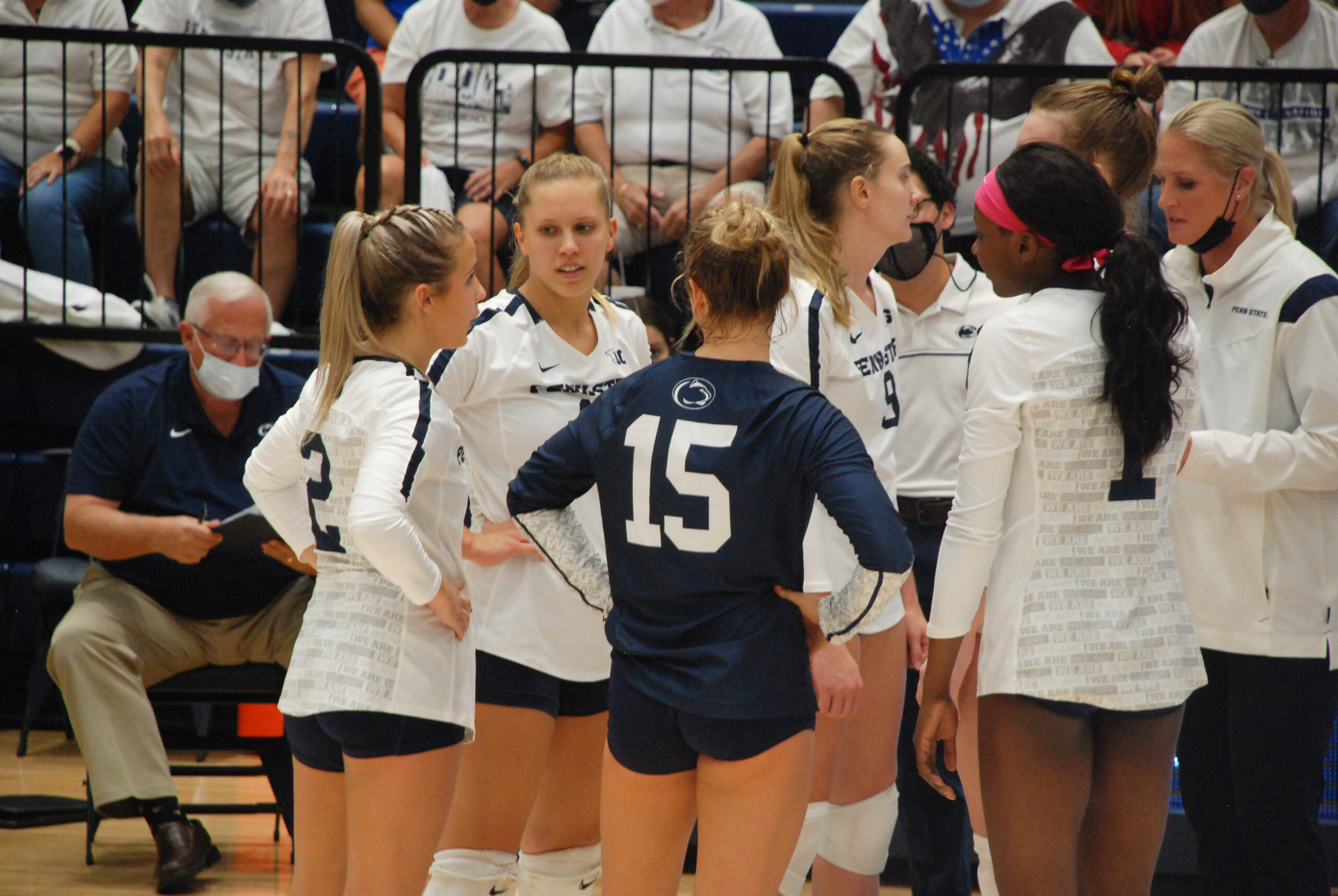 Change of plans! I’m very excited and extremely grateful to announce that I have committed to Penn State University to play division 1 volleyball and continue my academic career! Thank you to Coach Rose, Coach Katie, and Coach Dennis for the opportunity to play at the next level! pic.twitter.com/5v29TxHY4H

Morioka recently visited Penn State’s campus to tour the facilities, take a customary photo at the Lion Shrine, and try on the team’s uniforms, including the new sleeveless jerseys. She’s wearing No. 8 above. Morioka’s verbal commitment means the Nittany Lions now have two players committed in the 2022 class and another pair already on board in 2023 in Chloe Chicoine and Karis Willow.

Morioka is in the midst of her senior year of high school and will enroll in classes at Penn State prior to next fall. Senior libero Jenna Hampton can return for one more season in 2022 if she chooses to exercise her extra year. Underclassmen like Maddy Bilinovic, Cassie Kuerschen, and Quinn Menger have also made solid contributions at defensive specialist this season.

Morioka gives the Nittany Lions another playmaker on defense and will be the only player on next season’s roster from California, as things currently stand. Morioka’s commitment is an exciting development midway through Penn State’s 2021 season, as the Nittany Lions prepare for a big weekend of road matches against Minnesota and Wisconsin.

Morioka’s addition provides depth in the backcourt regardless of whether Hampton plans to return next season. If Hampton does decide to play another year, Morioka will be able to learn from one of the Big Ten’s top liberos while acclimating herself to the college game.