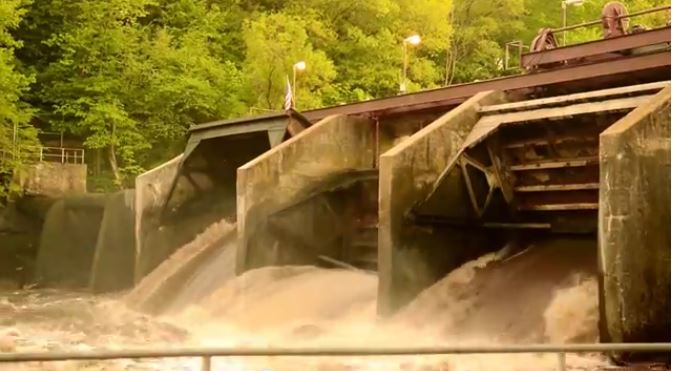 Nice Win, but it’s Water over the Dam

So, good job, Nittany Lions.  But it’s on to the next.  And “the next” is pretty sobering — six of the remaining matches are away, and all of those are against teams ranked in the top-25 in the AVCA’s October 21st poll.  Then again (cliché alert), if you want to be the best, you have to beat the best:

But back to the match.

Led by 5-11 Jr. setter Micha Hancock, the team hit .458 (Hancock also was lights-out serving, with eight service aces and only two service errors). Penn State held Iowa to a -.047 attack % — the second consecutive match in which the Nittany Lions’ opponent ended with a negative attacking %.

On the bright side for the Hawkeyes, 5-11 Jr. OH Alex Lovell became the 17th player in Iowa volleyball history to total 1,000 career kills.  Iowa’s head coach Sharon Dingman commented that  Lovell is “an outside hitter who works hard.  So, good for her.”

On the subject of Alex Lovell, one of the announcers, discussing the many challenges Penn State presents to Iowa, noted that Micha Hancock (who had just blocked Lovell), is as tall as Lovell, Iowa’s best attacker.   As are 6-6 Sr. MH Katie Slay, 6-4 Sr. RS/Opp Ariel Scott, 6-2 Jr. MH Junior Nia Grant, and 6-1 Sr. OH Deja McClendon.

As we said at the start.  It was a match Penn State should have won.  On to the next. 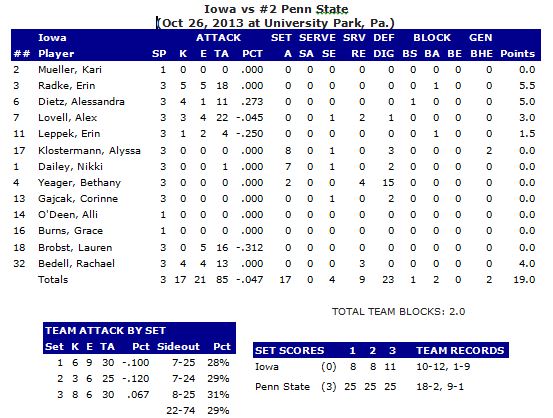 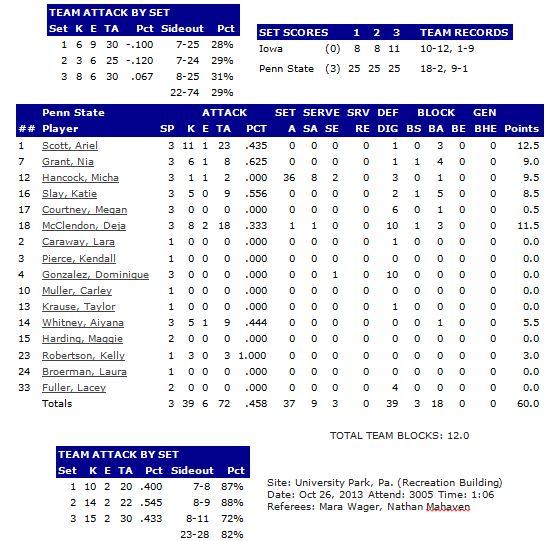