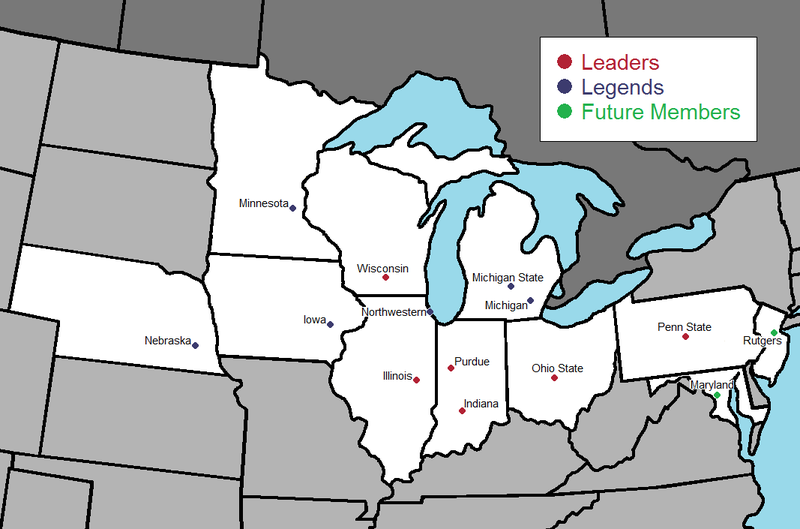 “We are thankful that Penn State put in a bid for us to host the opening two rounds and we are excited for the tournament,” said head coach Russ Rose. “Our hope is that the competitive nature of the Big Ten season prepares you for the demands of the tournament.”

Lincoln, Neb. – The Nebraska volleyball team will spend the opening weekend of the postseason at home for the 10th straight season as the Bob Devaney Sports Center was chosen as one of 16 sites for the NCAA first and second-round play next weekend. The Huskers will be making their 32nd NCAA Tournament appearance and they will go in as the No. 8 overall seed among the 64 teams.

Play will start on Friday, Dec. 6 when the Oregon Ducks (19-11) of the Pac-12 Conference will take on the Miami Hurricanes (19-11) of the Atlantic Coast Conference at 4:30 p.m. Nebraska (23-6) will then take the court during Friday’s second match and will face the Fairfield Stags (19-12), who recently won their second consecutive Metro Atlantic Athletic Conference (MAAC) Championship title. The Huskers’ match will start at 7 p.m. or 30 minutes after the conclusion of the first match.

The second round will take place on Saturday, Dec. 7 at 7 p.m., as Friday’s winners will compete for the right to move on to the Lincoln Regional the following weekend. The winner out of Lincoln will take on either San Diego, UC Santa Barbara, New Mexico State or Arizona, who will all be playing in San Diego, Calif.

For the complete article from NU Media Relations, Click Here.

Minnesota Hosts First and Second Round

The University of Minnesota volleyball team has been selected to host the NCAA First and Second Rounds, Dec. 6-7 at the Sports Pavilion, announced tonight by the NCAA.

Placed in the Lexington regional, No. 10 seed Minnesota (27-6) will face Radford (25-9) on Friday, Dec. 6 at 7 p.m. Prior to the Gopher/Highlander match will be Iowa State and Colorado, at 4:30 p.m.
The winners of Friday night’s matches will meet on Saturday, 7p.m., for the right to advance to the NCAA Regional competition in Lexington, Kentucky, Dec. 13-14. This marks the fifth time in six years the Gophers will host the first and second rounds. The contest marks second time all-time the Gophers will face the Highlanders and the first since 2001.

The Gophers concluded the Big Ten regular season with a 15-5 overall record and third in the Big Ten. In the regular season, the Gophers faced Duke, Louisville, Kentucky and New Hampshire, all of which were named to the 64-field, along with seven additional Big Ten teams. Of the eight that made it from the Big Ten, five were seeded in the top 16. Making it into the NCAA Tournament was No. 2 seed Penn State, No. 8 seed Nebraska, No. 10 seed Gophers, No. 12 seed Wisconsin, No. 13 seed Illinois, Purdue, Michigan and Michigan State.

MADISON, Wis.–- For the first time since 2007, the Wisconsin volleyball team will compete in the NCAA tournament. The 13th-ranked Badgers (23-9) were picked as the No. 12 seed in the 2013 NCAA Championship as an at-large selection and will host first-round and second-round matches on Friday and Saturday, Dec. 6-7 in the UW Field House.

“I don’t care if you’re the No. 1 seed or the No. 64 team coming in here, going to the NCAA tournament is special,” first-year head coach Kelly Sheffield said. “Only 64 teams out of the 330 teams are still playing so we’re really excited to extend our season.

“We’re excited to play in front of our home fans at least one more time. This team has been through a lot this year and we’ve made it through the regular season. Our players are fired up.”

Champaign, Ill. – The University of Illinois Fighting Illini got some exciting news this evening, as the Orange and Blue earned the No. 13 overall seed for the 2013 NCAA Tournament. The Illini will host the NCAA First and Second Rounds at Huff Hall on Dec. 6-7, with the weekend winner advancing to the NCAA Regional just down the road at State Farm Center on Dec. 13-14. Since Illinois was a pre-selected Regional host, the Illini have the unique opportunity of playing up to four matches at home, not having to go on the road until the Final Four, which will be held at Key Arena in Seattle, Wash., Dec. 19-21.

“The first thought that I had is that it’s incredible that we get to host; we feel fortunate to do that,” said Head Coach Kevin Hambly. “Right now it’s easy to look ahead in the bracket and see what’s in front of you, and the fact that we get to be at home is a big deal, but you have to go one point at a time, one moment at a time. We need to get ready for what’s in front of us and enjoy it.”

Illinois will take on Morehead State at Huff Hall on Friday, Dec. 6 at 7 p.m. in the first-ever meeting between the two teams. After claiming the Ohio Valley Conference regular-season title, the Eagles (27-7, 15-1 OVC) swept SIU Edwardsville last Saturday to win the conference tournament for the second time in the past three seasons and punch their ticket to their second-ever NCAA Tournament.

WEST LAFAYETTE, Ind. – The No. 20 Purdue volleyball team earned an at-large bid to the 2013 NCAA Tournament and will play Central Arkansas in Columbia, Missouri, later this week. This is the Boilermakers’ fourth straight NCAA appearance, the 16th in program history and ninth in the last 10 years.

Rounding out the four-team pool in are IUPUI and host Missouri. The teams are in the Champaign, Ill., Regional bracket.

Central Arkansas posted a 29-3 record and won the Southland Conference Tournament title. IUPUI earned the Summit League’s automatic bid with a 19-13 mark. Fourth-seeded Missouri is a perfect 34-0 and won the SEC Championship.

East Lansing, Mich.- – Michigan State has earned an at-large bid to the NCAA Tournament, and will play Ohio in the first round on Friday, Dec. 6.  MSU will travel to Lexington, Ky. for the opening round of the tournament, where it will take on Ohio for  the right to play either the host Wildcats or Duquesne in the second round on Saturday.  All games in the first round will be played at Memorial Coliseum on the University of Kentucky campus; the site is also the host for the regionals, which will be held Dec. 13-14.

The 64-team field was unveiled on Sunday evening on ESPN U;  the Big Ten sent eight teams into the field, the second-most behind the nine from the Pac-12.   The Spartans finished the regular season with a 21-11 overall record, and were 10-10 in the Big Ten Conference.   MSU played its final two games on the road last week, downing Michigan 3-0 in Ann Arbor to retain the State Pride Flag for the fourth straight season and then fell 3-2 at Purdue in the final match of the season.

INDIANAPOLIS, Ind. — The University of Michigan volleyball team received an at-large berth in the 2013 NCAA Division I Volleyball Tournament and will face LSU in the first round Friday (Dec. 6) at Alaska Airlines Arena in Seattle, Wash. The match will start at 5 p.m. PST (8 p.m. EST) on the campus of the University of Washington.

The Wolverines (18-13), who are making their eighth straight NCAA Tournament appearance and 14th overall, will kick off action in Seattle against the Tigers. The host Washington Huskies, who earned the tournament’s No. 3 overall seed, will face Alabama State at 7 p.m. PST. The winners of those two matches face off on Saturday, Dec. 7, at 7 p.m. PST for a chance to advance to the Los Angeles Regional.

LSU (18-12) finished in ninth place in the Southeastern Conference with an 8-10 record.