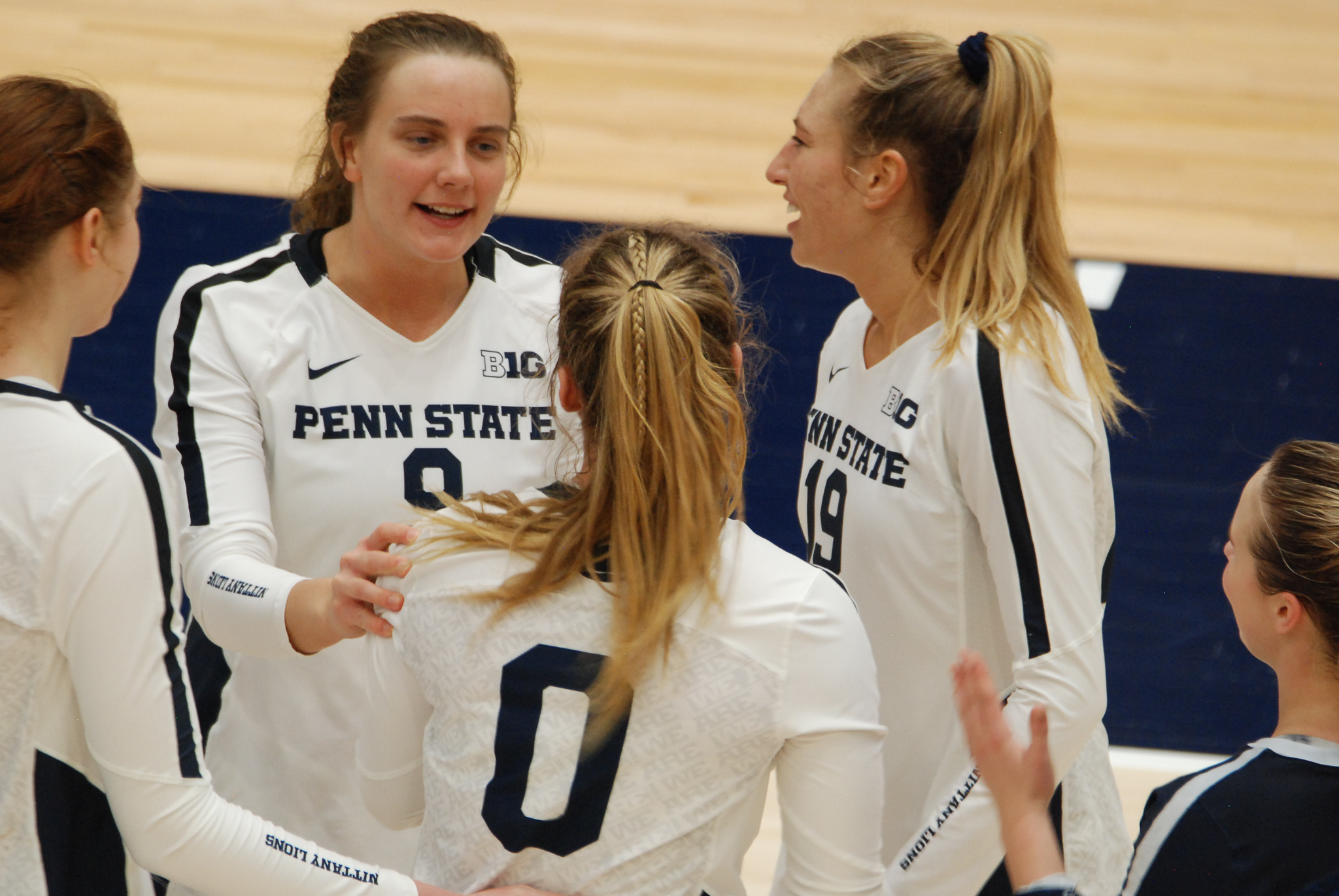 Markley, a 6-foot-2 outside hitter from Peachtree City, Georgia, has been extremely busy in recent weeks. Markley and her A5 Mizuno 17s club team came in third place in both AAU Nationals in Orlando and the USAV Girls Junior National Championship in Las Vegas.

Markley is currently the only verbal commitment in Penn State’s 2022 recruiting class, picking the Nittany Lions on September 4, 2020 toward the beginning of her junior season for McIntosh High School. The Chiefs went on to win their fourth straight Georgia 5A state championship last fall after going 35-1.

Markley was named an All-American by both MaxPreps and PrepVolleyball.com following a tremendous 405-kill junior season. She also earned a spot on the Georgia coaches’ association all-state team. Now, Markley can add another impressive accolade to her high school resume before she even begins her senior year.

Markley visited Penn State’s campus in June after the NCAA’s recruiting dead period finally came to an end after 15 months. She posted a photo of her and the coaching staff in Rec Hall on her Instagram story.

Markley follows in the footsteps of current Penn State players Jonni Parker, Gabby Blossom, Adanna Rollins, AC Fitzpatrick, Macy Van Den Elzen, Anjelina Starck, and Rachel Muisenga, all of whom were named Under Armour first-team All-Americans. Starck and Muisenga were unable to compete in the prestigious showcase match last winter, as it was canceled due to COVID-19.

Markley will be among 24 of the best high school volleyball seniors this December in Orlando when the Under Armour All-America Volleyball Match makes its highly anticipated return. The match will be broadcast live on ESPN.

Invitees will spend four days training and competing against each other in various skill challenges and combine-style workouts. The high-flying Markley is expected to perform well in the vertical leap. The exact dates have yet to be announced.

On top of receiving the latest Under Armour gear and an all-expenses-paid trip to Orlando, the athletes will have a chance to build friendships with future teammates and opponents alike before they reach the college level.

This is the first year Under Armour has held volleyball selection camps to help determine its rosters for the all-star match. There were two invite-only camps in Orlando and two in Las Vegas, but participation was not required to earn a coveted spot in the main event.

Markley’s progression as a player has been exciting to watch. She continues to prove she’s one of the top outside hitter prospects in the country and will only get better as she refines more aspects of her game.