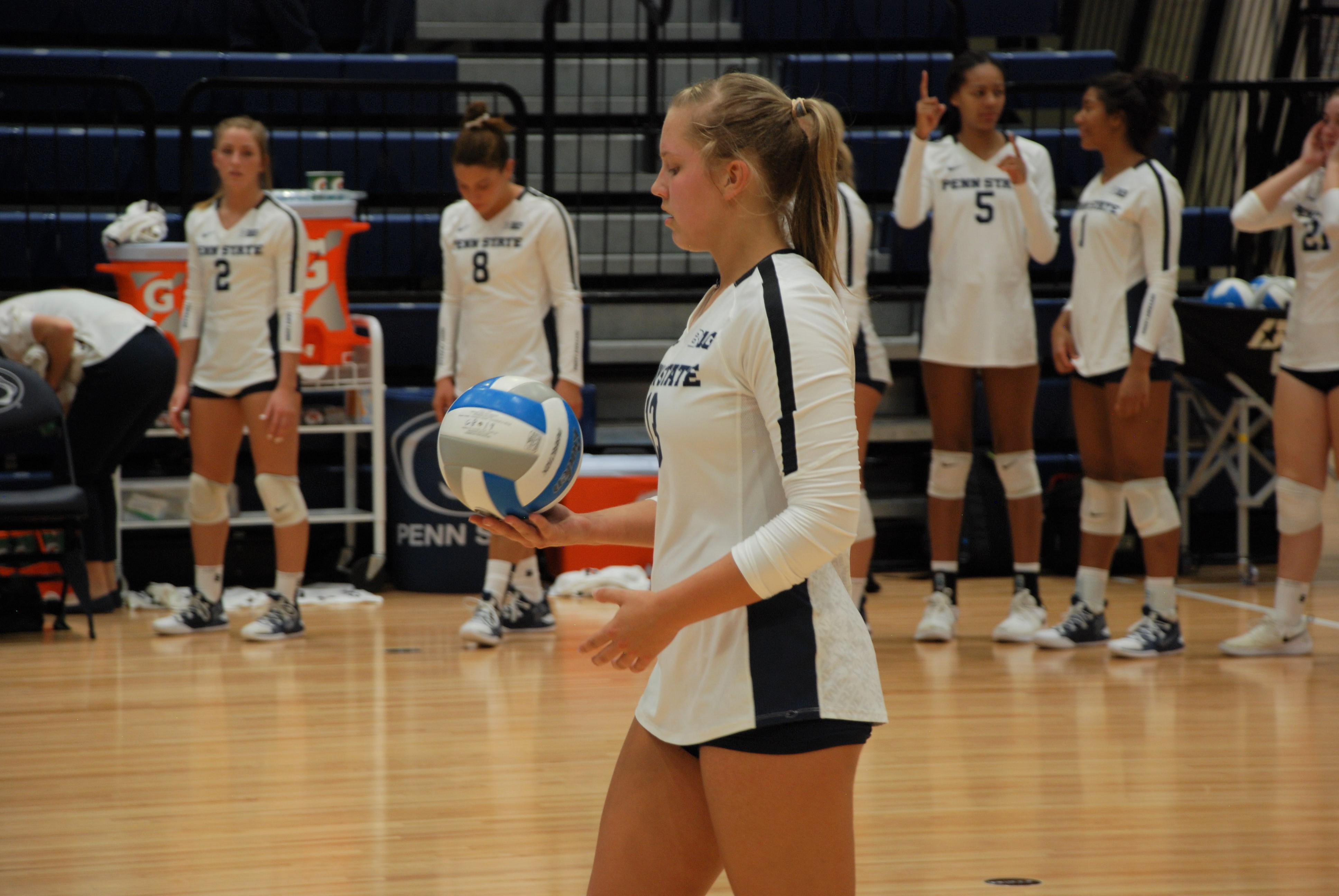 Penn State women’s volleyball setter Gabby Blossom has relied on a penchant for playmaking in her first season as a starter for the Nittany Lions.

The sophomore from St. Louis, Missouri, is currently third in the Big Ten with 10.95 assists per set heading into Friday night’s match against Maryland in Rec Hall. She’s earned the trust of her teammates and is proving to be a strong leader, filling one of three captaincy roles this season.

Blossom, a former Under Armour All-American and winner of the 2018 Andi Collins Award as the nation’s top high school setter, played arguably her two most complete matches of the season at home against Stanford and on the road against Pitt. Blossom set a career high with 52 assists in a 3-1 loss to the Cardinal and posted 46 assists, 17 digs, and five total blocks versus the Panthers.

Blossom is also one of Penn State’s most reliable servers. Her 10 aces through 13 matches ranks third on the team behind Jonni Parker (15) and Serena Gray (11). Blossom’s teammates have responded to her energetic presence on the court this season and it’s clear to see why. She’s always in the middle of Penn State’s Rec Hall-shaking celebrations after crucial points.

“I love her enthusiasm on the court,” Parker said. “She knows how to be vocal with everybody and knows what each of us needs, especially as hitters. She’s always a good communicator. Gabby’s just very outgoing on the court. She’s going to be loud. She’s a very good, supportive teammate. I love playing with her on the court.”

Both Gray and Kaitlyn Hord rank inside the top 10 in hitting percentage in all of college volleyball so far this season, checking in at 10th and fifth, respectively. Although there have certainly been some growing pains at times when it comes to working the ball to Penn State’s middles, Blossom has made sure her sets to Gray and Hord count.

“Gabby is a playmaker,” Hord said. “She loves to incorporate middles, which I love because I’m a middle. She works really hard, like Coach [Rose] always says. There’s never a day when she’s not going to give 100 percent. She’s also the type of player who you just want to work hard for, because she’s always giving her 100 percent.” 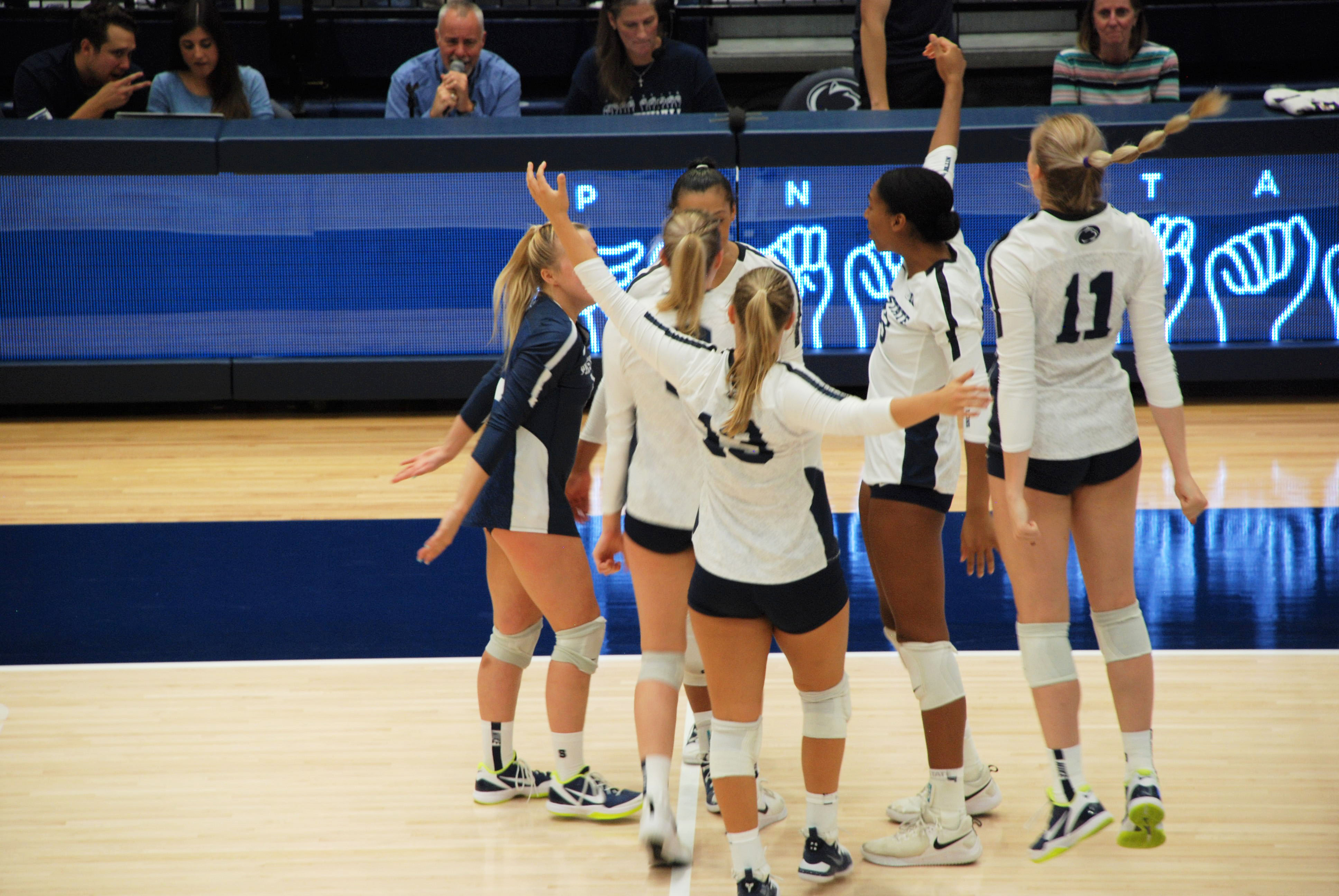 Gray was candid when discussing what’s been working between her and Blossom before Tuesday’s practice this week.

Blossom’s backup, freshman Emily Oerther, gave a glowing review of what her counterpart brings to the setter position from a cerebral perspective. The duo has managed to push each other but also remain close off the court despite their proximity in eligibility.

“Gabby is just an amazing setter in her own way,” Oerther said. “She’s strong, she understands, she reads the other side really well. She’s just a great setter, so it’s really good to not only play with but compete with such a good player. She’s a good friend on and off the court.”

Redshirt senior right side Tori Gorrell has played alongside a handful of talented setters in Abby Detering, Bryanna Weiskircher, and now Blossom during her time in University Park. Her assessment of Blossom as a leader showcased the balance between being an underclassman and holding a role of that importance.

“Gabby is doing such a great job of being a sophomore setter and trying to lead the younger girls as well as the older girls,” Gorrell said.