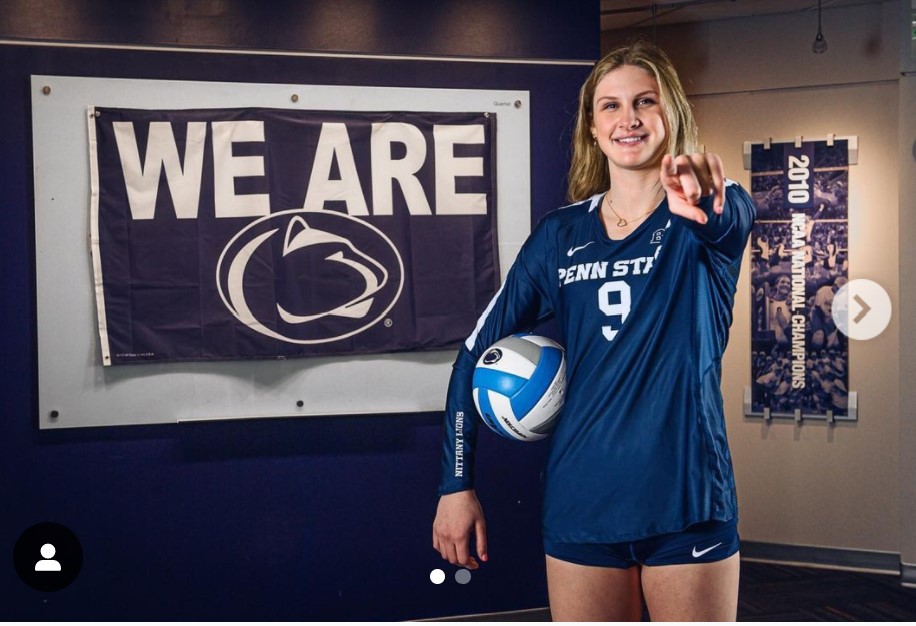 Katie Hurta announced Saturday afternoon that she flipped her commitment to Penn State women’s volleyball after previously signing a national letter of intent with Indiana in November.

Hurta posted the news on her Instagram account, saying, “I am so excited and beyond thankful to announce that I have committed to play college volleyball at Penn State. Thank you to all of my family, friends, teammates, and coaches that have supported and helped me along the way.”

Hurta, a 6-foot-1 setter/hitter from Palos Hills, Illinois, plays her club volleyball for Adversity and attends Nazareth Academy, where she led the Roadrunners to a 30-7 record and the 2021 IHSA 3A state championship as a senior last fall.

Hurta’s commitment gives Penn State another setter to compete for playing time with Muisenga and a player who has the versatility to factor in as a hitter if the coaching staff feels she can contribute there.