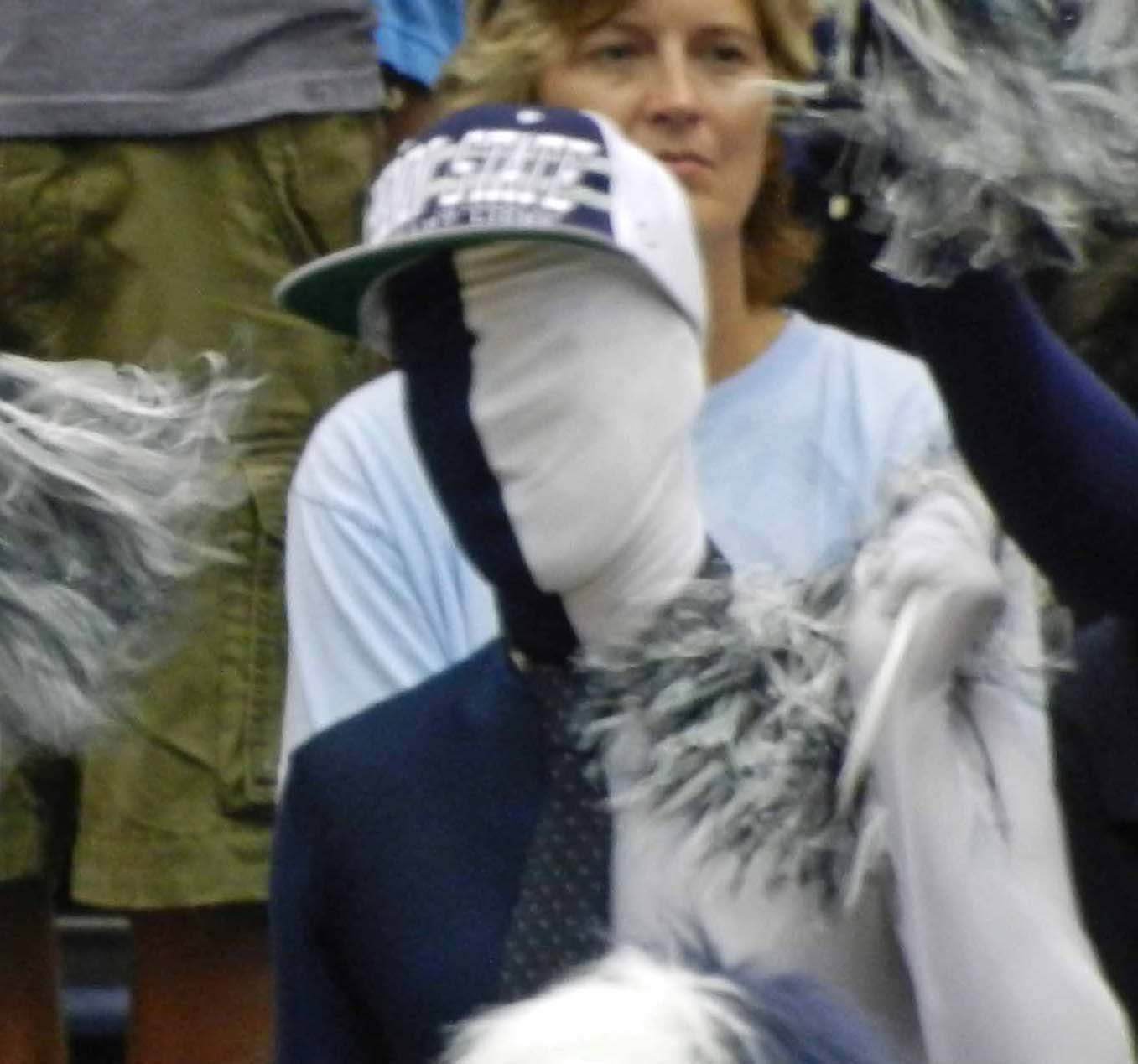 Penn State (11-0 and #1-ranked) takes on #16-ranked Wisconsin (8-2) tonight at 7 p.m. in Rec Hall to open its B1G schedule. This would be a much-anticipated match even if it were only the opening of the B1G season for the two teams.  But there’s history here: Penn State knocked off the Badgers 3-1 in the 2013 NCAA title match, followed that up with a B1G season-opening sweep of Wisconsin at the Field House on September 24, 2014,  and capped off the trilogy with a 3-1 win over the Badgers in the Regional Finals in December 2014.

Of course, many of the players on these teams are different from the players who played in those previous matches, and as Club Coach and Talking Head noted in their Match Preview Q&A on Monday, Coach Rose approaches every match — whether in-conference, ranked, or un-ranked — the same way: with respect for the opponent and preparation, preparation, preparation. That approach certainly has paid off this season, as Penn State has swept all 11 of its opponents (and won its last 38 consecutive sets).  It will be business as usual for the Nittany Lions.  And it should be a great match.

The Team, the Crowd and the Kick

Here’s Haleigh Washington (who was named this week’s B1G Player of the Week) talking with Tony Mancuso of GoPSUsports about the state of the team, the home court advantage, and The Kick:

Opening Statement: “Coming off a 2-1 weekend, strong tournament, strong competition. Our first match against a really good Kansas State team. I think they were about 26th in the country. Lauren (Carlini) was a little bit off, she felt a little bit off, location was (off) a little bit — but I felt we got great performances out of Lauryn Gillis and Kelli Bates, Taylor Morey. I thought those three were really, really solid.

“We swept a really good Creighton team (and) our last match, we lost in five to a really talented Arkansas team. I thought Haleigh Nelson and Tionna Williams, Romana Kriskova, I think the three of them had their best matches in a Badger uniform. The thing right now is can we put all of these pieces together, get everybody on the same page and playing well together, but that’s the challenge in front of us but I think we’re headed in the right direction.

“This week we’ve got Penn State and been watching a lot of film. Obviously once again a very talented team that seems to be getting better every week that has an okay coach, has accomplished a couple things, leading the way (laughter). And an Ohio State team that may jump into the top 10 in this week’s polls, so we are certainly exited to get the Big Ten season under way.”

Typical Penn State kind of team? All-Americans, all big hitters?
“Gnarly, yeah. Their pins (hitters) are better than anybody else in the country. Their lefts and their rights are crazy talented, and they have a sophomore middle that is wicked and nasty, you know? They’ve got a new setter and I think she is getting a little bit more comfortable. A new libero, but the talent is still there. They are very well trained, typical Penn State team, meaning very, very good.

You tried (Kelli) Bates on the right side before I night. Is that something you plan to bring around again, or was it just to take a look at? Where do you see that shaking out?
“That’s a good question. I’m going to withhold that because if there is a little bit of intrigue, maybe we get 50 more fans to come out there and see what position Bates is going to play. Anything we can do from a marketing standpoint, we’re excited about!”

You may not be ranked as high as you were to start the season, you have lost two matches but are you a better team now than when the team first took the floor to start the year?
“That’s a good question. Absolutely! Preseason rankings are so much about the previous season, you see that in every sport. We understand why you have it, it gives people something to talk about and generates some interest and that’s great, but I couldn’t even tell you what we were ranked coming out of the gate.

“I’m not even positive what we were ranked this past week. We don’t really talk about it. Can we find ways to get better. Here is what I know. We had three of our players our last match play their best matches of the year and the beginning of the weekend we had three other players that play awfully, awfully well. Our ceiling is getting a little higher with some players and can we find a way to mesh that up. That’s on the coaches. I have been changing things around quite a bit to try and figure out how these pieces are going to fit. Once the coaching staff gets out of the way and let’s them go, I think we will probably have a chance of being pretty good.”

In the standings, obviously every game, every match is the exact same as far as worth in the standings column, but seeing Penn State, the opportunity to play them again in any way, does that mean more to your team?
“As a competitor, I would hope so. Our goal is to try to compete for a national championship and you’re going against a team that has won the last two. Although their personnel is different, I think what it shows is you are going up against a program that has storied excellence to it and our players to want feel that.

“I think they’re also equally jacked up to be opening up Big Ten, and I’m not sure who you have in front of you — our players are still going to be excited – might be a little more juice because of who it is. On the flip side, we won a Big Ten Conference championship last year, and that was something that was pretty big for us. I’m sure there are quite a few players that are — although (Penn State) won the whole enchilada, I’m sure they feel that’s rightfully theirs and they’re probably going to be packing a little bit more juice as well.”

Looking at the Big Ten conference this year, always good in volleyball, but does it seem top-to-bottom it’s one of the stronger ones that you’ve seen in a while?
“I haven’t really been around that long, I’m still kind of a newbie myself, but coaches that have been around for a while, yeah, they all talk about this has got to be as deep as it’s ever been. Funny thing is I heard that a couple of years ago as well. It’s hard to put your finger on too many teams that aren’t better than what they’ve been last year or the year before. Almost everybody seems like they’re better. This conference returns a lot of talent and it’s a lot of coaches that have been here as well, you don’t have any turnover. You’ve got some people with familiarity.

Kelly, wouldn’t you rather play Penn State twice a year as opposed to only once?
“Love playing against great competition so yeah. I don’t sit there and waste a whole lot of energy on … We’re having great discussions, I’m sure most of the sports are, of how this scheduling is going to work out. There are so many teams. You’ve got a 14-team conference, and you’re trying to figure out a way to get 20 matches in. It’s really tough, and I’m sure all the sports are trying to figure out, all right, what’s equal, what’s fair, and it’s kind of a tough challenge.

“We’re having some discussions on the front-end of that, but once that schedule gets out in front, I don’t sit there and judge at all. But if you’re asking me to remove myself from that, would I have rather play that team twice? Yeah. As a competitor you live for those types of matches; I know our players do, I know our coaching staff does. If you’re a competitive junky, nothing is better than those types of teams.”

Penn State beats a lot of people, that goes without saying, but when you go over the last few years and they beat you this time and that time and the other time, how do you kind of keep making adjustments as a coach, or is it a recipe where you add a little of this and a little of that and hope it works? How do you keep making adjustments against a team like this?
“First of all, I appreciate the emphasis on ‘They beat you this time and that time and this time,’ and I thought you were going to add that for every single time we lost to them. We would have been here for a while! (Laughter.)

“It’s different personnel, their game is expanding but we have different personnel. To me, it’s one of the great things about watching the amount of film we do. The first time that you watch somebody, and it’s almost everybody, you sit there and say, ‘Man, we are just going to get clobbered by this team, this team is so filthy.’ The more you watch them you start seeing, all right, maybe we can do this or maybe this is what they’re trying to do, and you start figuring things out a little bit and that process is really, really enjoyable.

“At the end of the day, you probably have way more information than what you need and how do you get rid of the fluff and get to the essence of it and let the kids go out there and ball!”

Below are the team and individual rankings in the B1G in various statistical categories.  We’ve highlighted the Penn State, Wisconsin and Minnesota rankings (with vague approximations of their team colors):