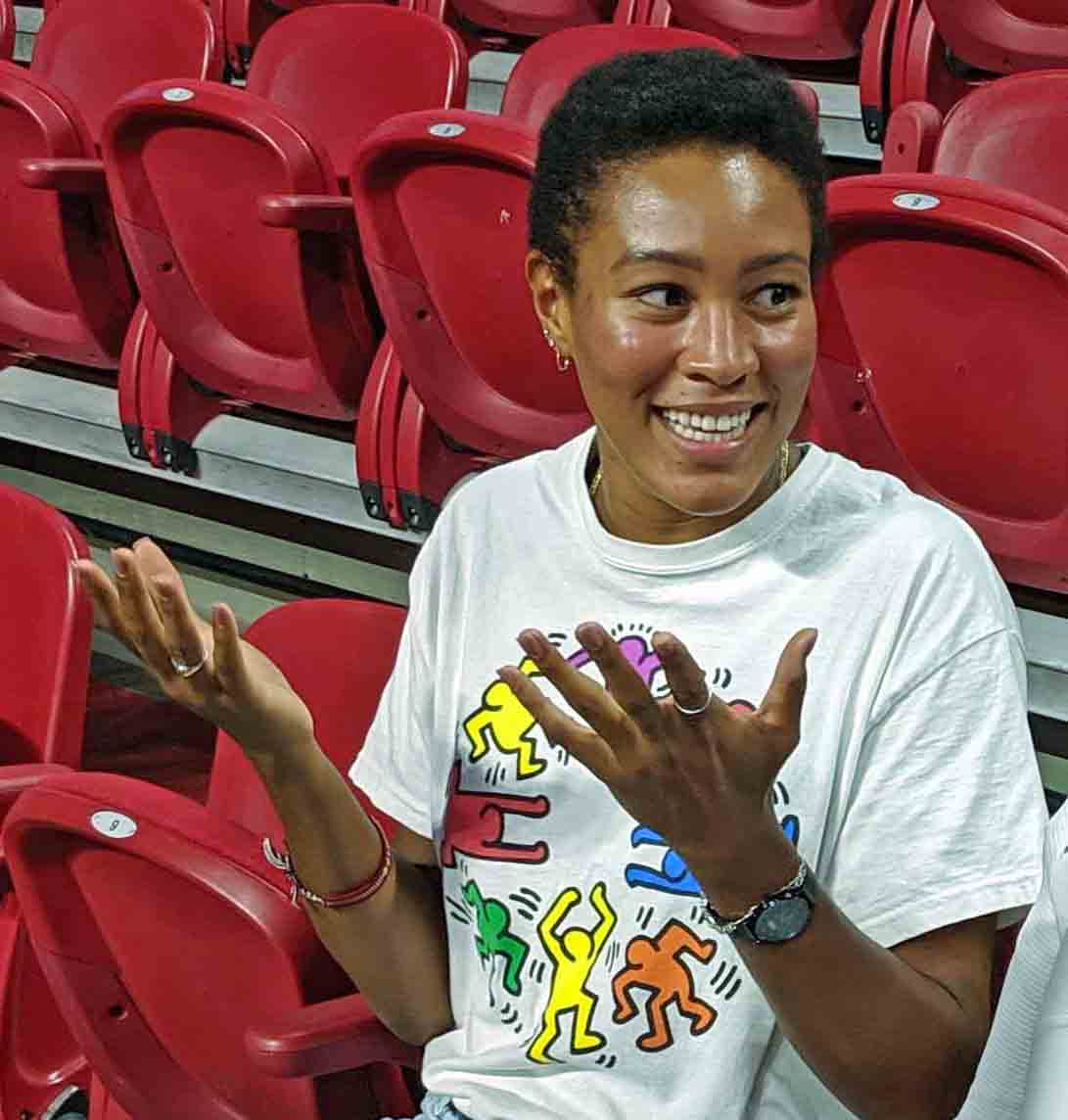 Simone Lee and her mom made the trip to Ames Iowa on September 7th to cheer on the Penn State Women’s Volleyball team in its match against the Tigers of Louisiana State.  Simone kindly agreed to spend some time with us talking about her upcoming pro career in Japan with the Kurobe AquaFairies of the Japanese VLeague,  about the influence of Coach Rose on her as a player and a person, and about her experiences training with the U.S. National team.  The following is a transcript of that interview, lightly edited for length and clarity:

DigNittany: You must be very excited to be going to play professional volleyball in Japan.  Tell us a bit about your expectations.

Simone Lee: The Japanese league is known for its defense, so I’ll be working on honing my skills.  Being one of the taller players in the league and on my team, I know I’ll be able to be successful attacking.  But the Japanese league players are known to be very good at serving and very good at defense, so those are things I want to improve on — being able to play good defense and have a good serve-receive.

Simone Lee: One thing for sure I appreciate is Coach’s directness.  He’s not afraid to tell it like it is, but you know at the end of the day, he’s always got your back.  That’s something that I value, whether as a player overseas or even my time with the National Team I’ve been asking my coaches for, because that’s the kind of player that I am.  For me, I appreciate Coach’s directness and the hard practices.  Overseas, it’s more about preservation.  They’ll work you hard, for sure, in the preseason, but once it gets to be your season time, they’re not going to burn you out.  I don’t think Coach Rose burns any of his players out, but I think he pushes players to their limits.  I think Coach Rose does an excellent job of knowing that fine line between for his players.  He walks it, for sure, but now that I’ve gone through different preseasons in different countries, and I’ve been with the National Team, and I’ve had different coaches and different experiences, I definitely believe that Coach had such an amazing impact on my work ethic and the way I view the game — not only as a player but also as a teammate.

DigNittany: Micha Hancock, Haleigh Washington and Megan Courtney were all training with you for the National Team.  Tell us about that, and about any other former Penn State players you’ve been in touch with. 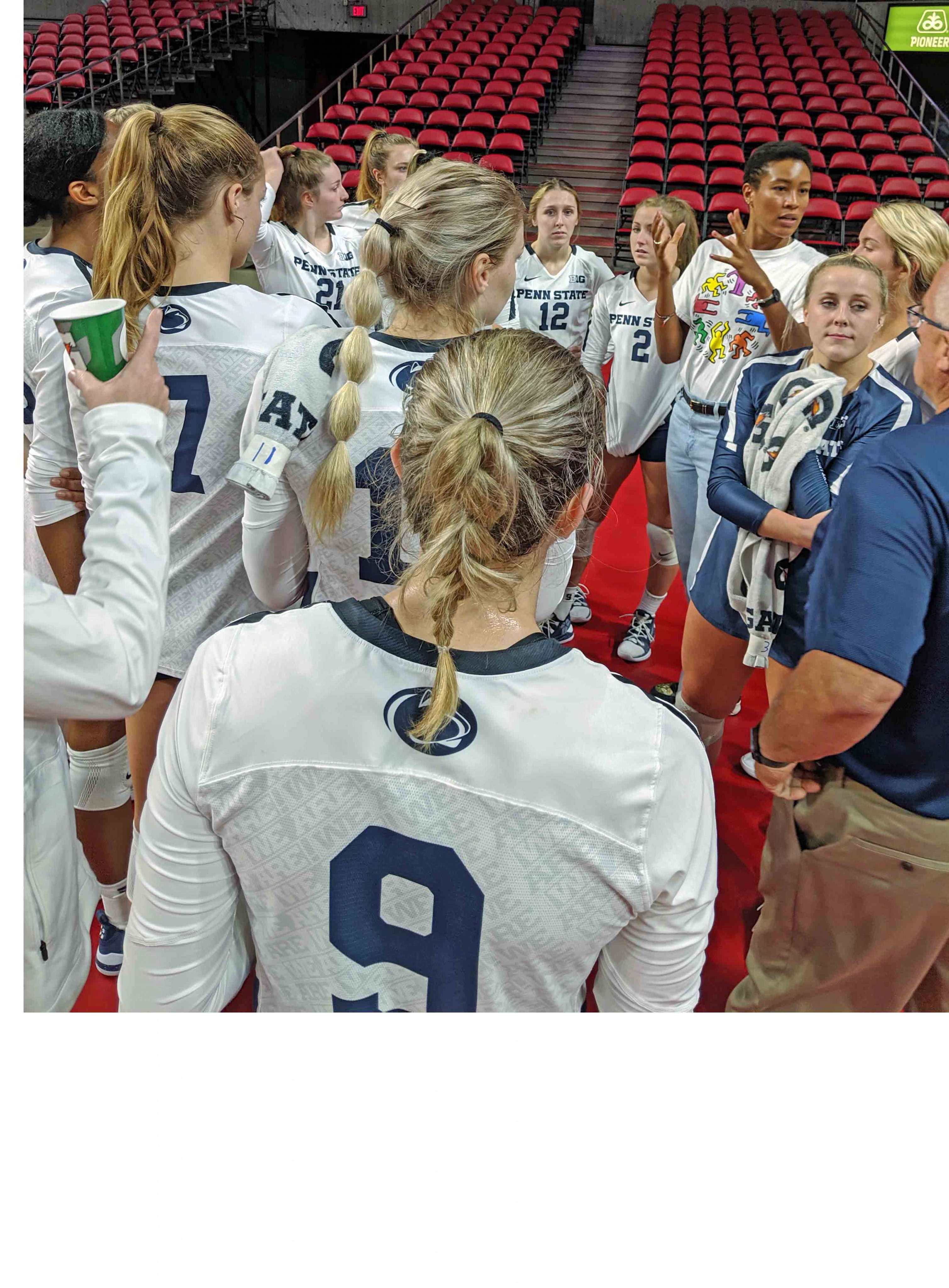 Simone Lee:  Obviously, Micah and Megan and Haleigh being with the National Team, we talked a lot.  We talked about Penn State, we talked about National Team, we talked about all different things.  Christa Harmotto Dietzen sometimes invited us over for a dinner.  It is just a great way to get away from volleyball and talk about anything life is throwing at us outside of the gym.  For me, at least, it is such a great relief knowing that outside of volleyball people are experiencing the same things that I am, whether it’s boy trouble or what kind of nutrition are you doing.  Christa is such a good listener and gives such great advice.  She’s been through the National Team, and being a former Penn Stater she knows the hard work that goes into every aspect of being an athlete, being an athlete overseas, and having to balance that lifestyle.  Just being able to pick her brain this summer and the summer prior, it’s just been absolutely wonderful.

DigNittany: We really appreciate your time and the opportunity to speak with you.  Good luck in Japan and going forward.