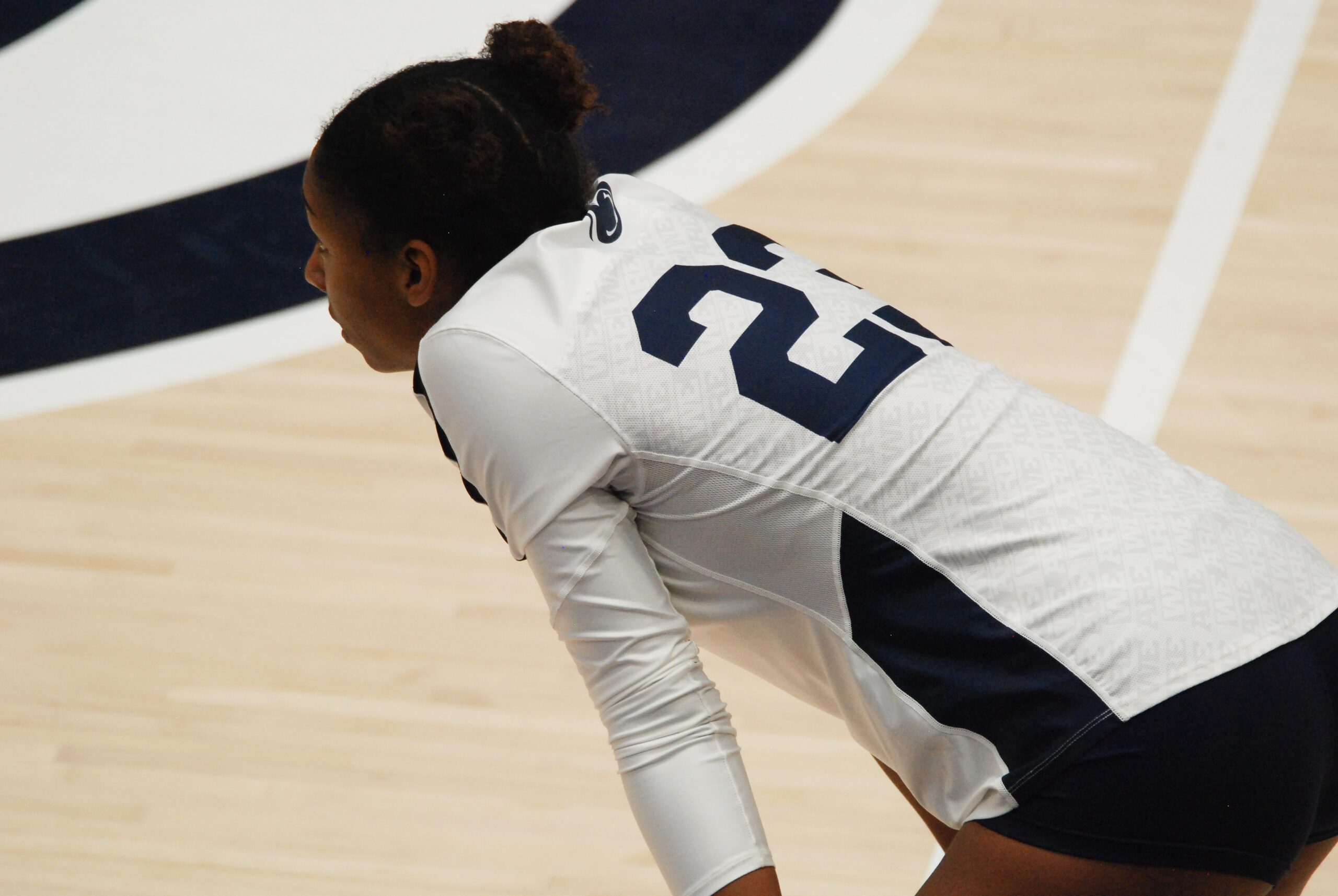 Hord elevated and absolutely destroyed a perfect assist from Gabby Blossom to give Penn State a 17-15 lead. The kill drew a rave reaction on the court from freshman outside hitter AC Fitzpatrick, who jumped, screamed, laughed, and clapped her hands in celebration — seemingly in disbelief that Hord could hit a volleyball that hard. Minnesota’s stud libero CC McGraw didn’t stand a chance of digging it.

Hord, who was named an AVCA first-team All-American last season, finished with a .417 hitting percentage in Penn State’s first match against the Golden Gophers. Hord led the Nittany Lions with seven total blocks and has a team-high 20 through the first three matches of the season heading into Sunday’s series finale at Maturi Pavilion.

Fellow middle blocker Serena Gray matched Hord with 11 kills in Saturday’s loss, while classmate Jonni Parker paced Penn State’s offense with 18 kills. Parker’s 53 swings were far and away the most of any Nittany Lion, as Fitzpatrick was Blossom’s next favorite target with 29 attempts. The Nittany Lions boast five players who have at least 22 kills so far, plus Lauren Clark and Hannah Flowers may factor into the rotation more moving forward.

Hord discussed the Big Ten-only schedule during her first press conference of the season last Tuesday, saying, “It’s definitely zero to 100, but we’ve got a lot of great players, and I know we’re capable of just about anything. I’m very excited for what the future holds.”

It will be interesting to see what kind of adjustments Hord and the Nittany Lions make during pregame meetings prior to Sunday’s match, which figures to be another excellent showcase of two of the conference’s best teams. The first Big Ten series this spring to feature two top 10 programs has certainly lived up to its lofty billing.

Hord, who hails from Lexington, Kentucky, has the makings of a future U.S. women’s national team regular if she continues on this trajectory. She was invited to participate in a week-long training camp last March in Anaheim, California, but COVID-19 canceled Hord’s plans.

“I was really disappointed,” Hord said. “That was something I was extremely excited for, not only just to play against the Olympic team but also other collegiate athletes who were invited that I don’t normally see in the Big Ten season. I was really excited to meet them.”

Hord’s junior season is just getting started, so expect to see plenty more of these heat-seeking kills the rest of the way.