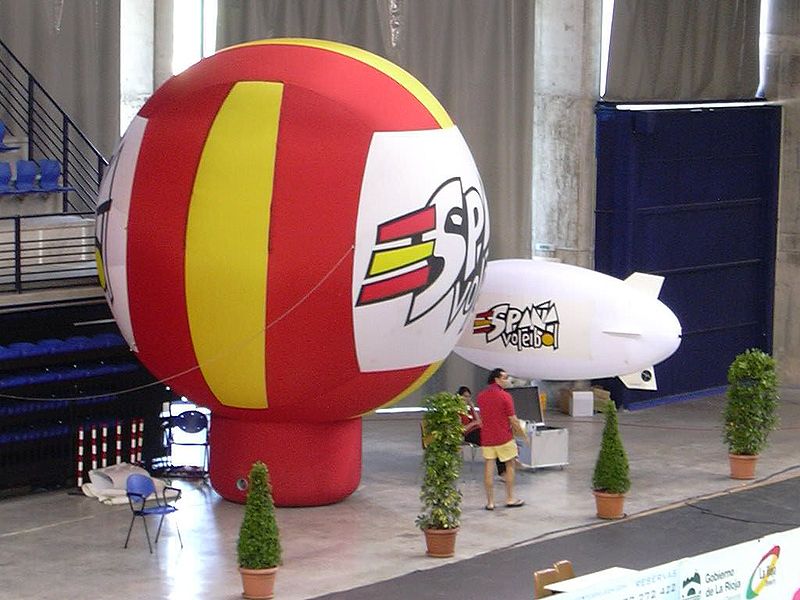 The Big Dance with the Huge Ball

Starting at 7:30 p.m. ET on Friday night Rec Hall, it’s the Big Dance (with the Huge Ball) for the Penn State Women’s Volleyball team.  That’s when the #8 seeded Nittany Lions (23-7; 16-4 Big Ten) take on the Big South champion Liberty volleyball team (20-12, 12-2 Big South) in the first round of the NCAA Division I Women’s Volleyball Championship.

The Volleyball Blogisphere (venture there at your own risk) is ablaze, again, with outrage over the seedings in the NCAA tournament, the placement of the seeds, and the logo (there is a groundswell of support for our “Huge Ball” logo.  Well, actually, there isn’t, but we’re hoping one will take off).  And, as Mechelle Voepel argues convincingly in her article “5 burning questions for NCAA tourney,” a strong case can be made that the NCAA selection committee made a complete hash of it.  Again.

There’s no question that for the first two rounds, with Liberty and (assuming Penn State defeats Liberty), Delaware or American as opponents, the Nittany Lions have a relatively easy path to the Sweet 16.

But, as we pointed out earlier this year in our post “Easy Roads” to the NCAA Championship? Check the Maps,” for traditionally good teams like Florida, Nebraska, Penn State, Stanford, USC and Washington (we would have included Texas, but at the time we did the analysis, its online records were incomplete), from 1998 to 2010, the first two rounds were about as close to a statistical sure thing as one could get in sports.  During that period, those teams went 74-0 in NCAA first round matches and 62-12 in NCAA second round matches.  By comparison, their 46-16 aggregate record in Sweet Sixteen matches was shockingly bad. (Kidding!)  Here’s the summary table:


And, after the first two rounds, the Lexington Bracket, with #1-seeded Texas, and an under-seeded (in our opinion) at #9 UCLA , is far from a cake walk — though not as tough as the Honolulu Bracket (with Big Ten Champion Nebraska, Pac 12 Champion USC, and #3-ranked Hawaii) shown side-by-side below:

But it’s certainly as tough — and probably tougher — than the Minneapolis and Gainesville brackets (shown side-by-side, below):

So we’ll see.  Upsets will happen, criticisms will continue, and at the end of the day, one team will be the NCAA Champion.  And that’s what will count.

But there are similarities between the two teams (as pointed out by Liberty’s press release):

So who are these Lady Flames?  For one thing, they don’t have much experience in the NCAA Tournament.  5-8 Sr. L Kelly Haseman is the only returning starter from Liberty’s 2008 NCAA Tournament team.  Thomas was named to the 2011 Big South All-Conference first team, won the Big South Tournament MVP award, and was named to the 2011 All-East Region Team by COBRA Magazine, as were 6-0 So. OH Lillie Happel and Haseman.

(We’ve been totally delinquent on posting Penn State’s Big Ten awards, but McClendon and 6-4 Opp/RS Ariel Scott were named to the All-Big Ten First Team, Katie Slay was named Big Ten Defensive Player of the Year, and, as mentioned above, Micha Hancock took home the Big Ten Freshman of the Year award.  We’ll have more on those awards later).

Here are NCAA stats for Liberty and Penn State as of November 27, 2011: