Leading up to Penn State’s 3-0 victory over Ohio State Wednesday night, the narrative was that Penn State had alot of talent as well as obvious weaknesses, perhaps foremost of which was the inability to finish off opponents.  Whatever Head Coach Russ Rose and his assistants said to the players during practice this week, it seems to have gotten through — at least for one match, as the Nittany Lions swept Ohio State 25-22, 25-21, and 25-18.  6-5 Sr. Opp. Blair Brown  was named the Player of the Game by the Big Ten Network (see video below), but Arielle Wilson, Deja McClendon, Fatima Balza and Ariel Scott all had big hits for Penn State.  Defensively,  McClendon, Kristin Carpenter, and Alyssa D’Errico led the way.

Here are the statistics from the match: 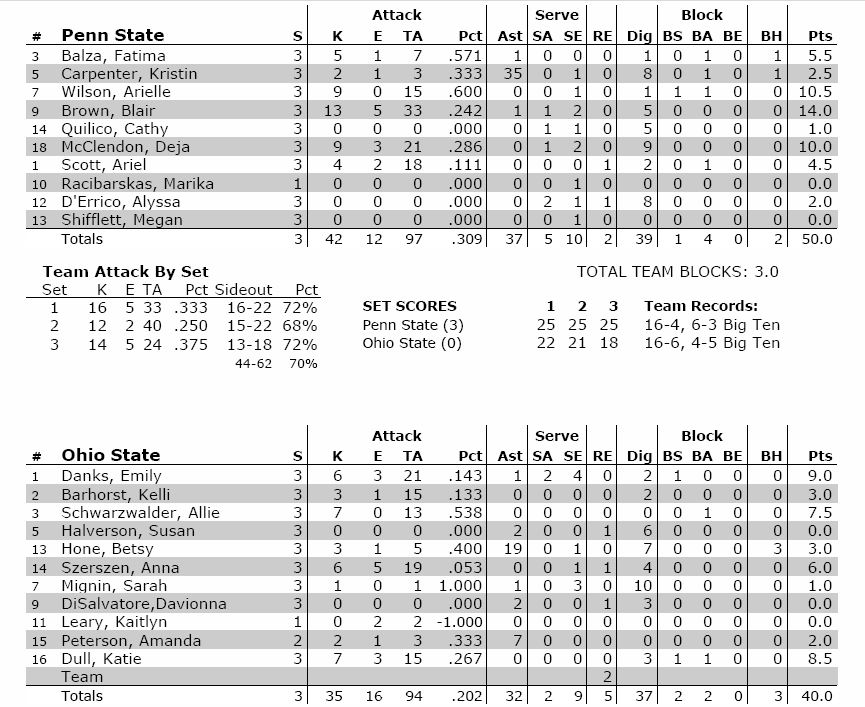 Here’s the video wrap-up, courtesy of the Big Ten Network: