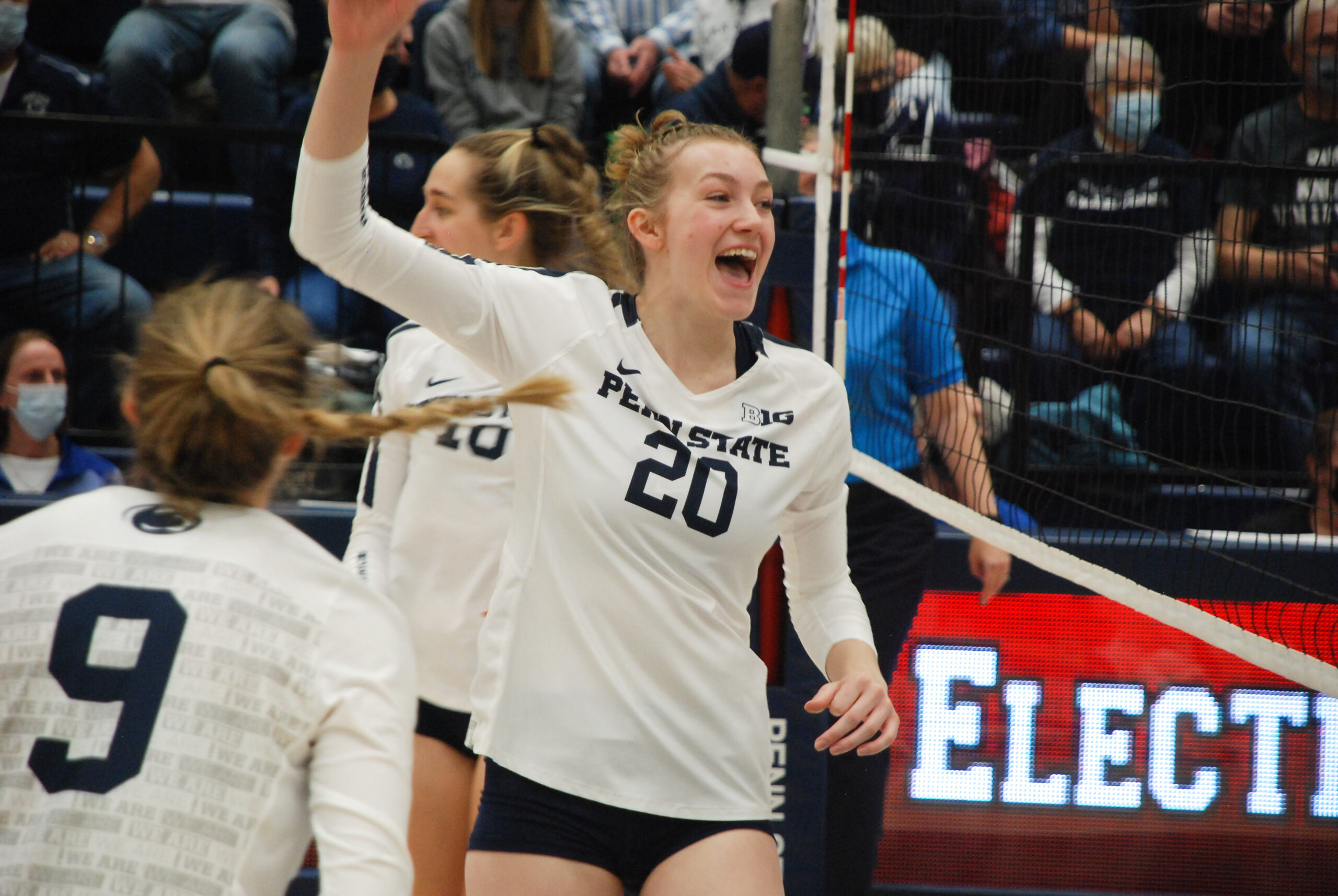 The schedule is here! Who's coming to Rec Hall this season?

The Big Ten announced each team’s 20-match conference schedule on June 14, and several of Penn State’s non-conference opponents had already confirmed they were playing the Nittany Lions, but Monday’s news tied up a few loose ends with less than seven weeks to go until the season opener.

The Nittany Lions will host a pair of tournaments at Rec Hall — the Penn State Invitational and Penn State Classic — sandwiched around five straight away matches in early September. The most notable non-conference team that will travel to University Park this fall is West Virginia, which Penn State swept last season on September 17 in Morgantown.

The Mountaineers also played a scrimmage against the Nittany Lions this spring at Rec Hall and are a regular opponent of the program. After a 21-11 season that finished with a 3-1 loss to Pitt in the second round of the NCAA tournament, Penn State retooled its roster this offseason in Schumacher-Cawley’s first few months on the job.

Penn State added four players via the transfer portal and four more from the 2022 recruiting class, but lost 12 players from last year’s team. The Nittany Lions, who will carry 17 players this season, recently updated their official online roster to reflect the jersey numbers of their newcomers, who arrived on campus in the last few weeks.

Taylor Trammell, a middle blocker from Purdue, is expected to play a significant role for the Nittany Lions this fall, and will represent the program at the first annual Big Ten volleyball media days in Chicago August 1-2 alongside Schumacher-Cawley and sophomore outside hitter Anjelina Starck.

Junior middle blocker Allie Holland started all 32 matches last season and established herself as one of the Big Ten’s most consistent players at the position, finishing fourth in the conference with a .377 hitting percentage. Only Ohio State’s Rylee Rader, Wisconsin’s Dana Rettke, and Kaitlyn Hord, who transferred to Nebraska for her final season of eligibility, edged Holland out in that stat category in 2021.

The Nittany Lions must replace their starting setter and libero during preseason training camp, as Gabby Blossom and Jenna Hampton used their bonus season to transfer to San Diego and South Carolina, respectively. Hampton was named to the SEC’s preseason all-conference team Monday after recording 530 digs for the Nittany Lions last fall.

The competition at setter between Cal State Bakersfield graduate transfer Seleisa Elisaia, sophomore Quinn Menger, and freshman Katie Hurta, who was named the Gatorade Illinois Player of the Year, will arguably be the most interesting storyline to follow as the season inches closer. Penn State opens its 31-match campaign at home against UConn on Friday, August 26 at 7:30 p.m.