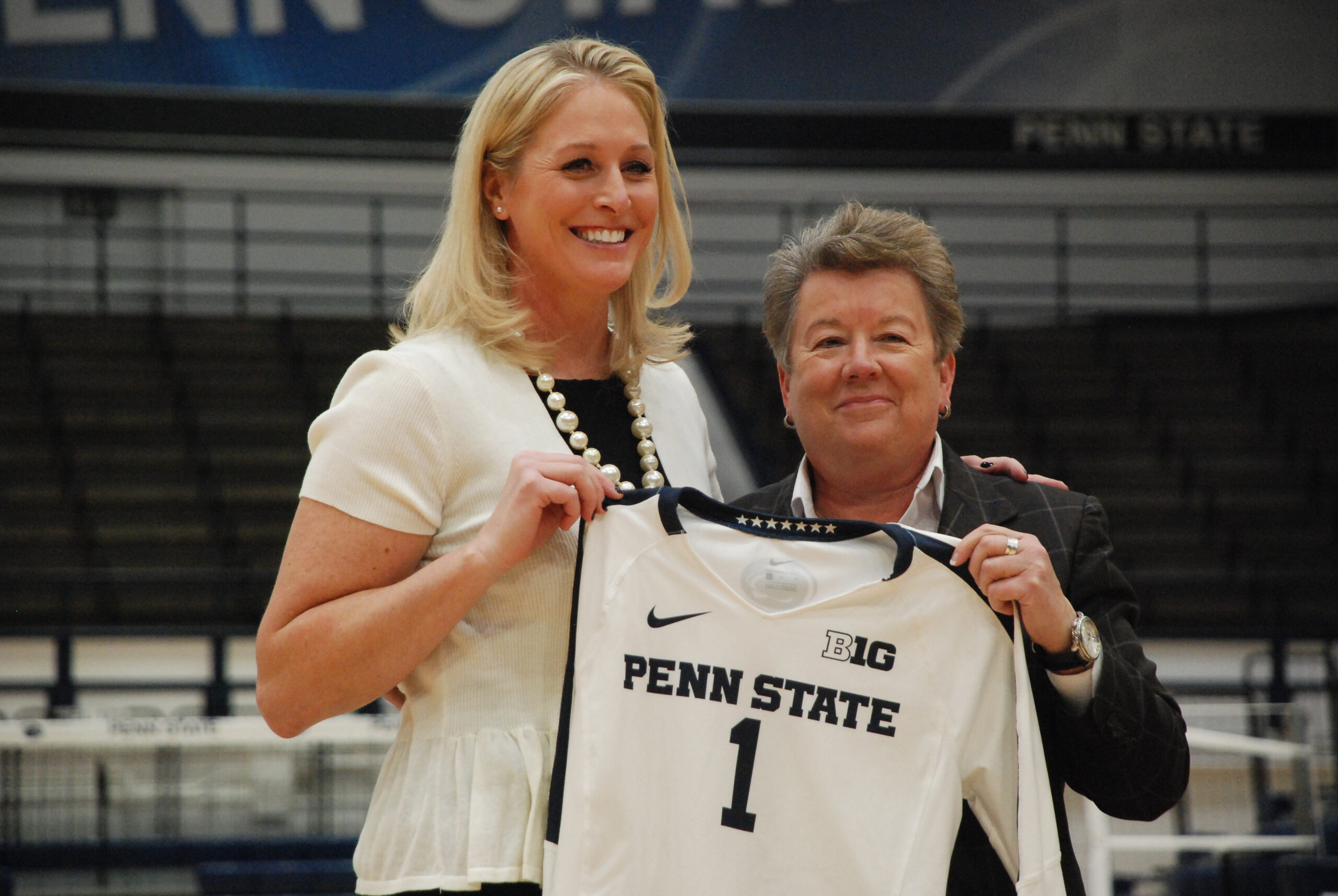 College-age athletes will participate in the training sessions as part of the selection process for the U.S. women’s national team, collegiate national team, and NCAA elite athlete list. Schumacher-Cawley was named Penn State’s third head coach in program history on January 10 after a nearly three-week search for Russ Rose’s successor.

Notre Dame head coach Salima Rockwell, who was formerly an associate head coach, assistant coach, director of operations, and three-time All-American setter at Penn State, will also be in attendance after taking her first head coaching position with the Irish on January 6.

“We are so grateful to have this wonderful lineup of coaches to help run our 2022 Open Program,” Kiraly said in a release. “As good as this event has been in the past, we’re aiming to make 2022 the best one yet, and the skills and enthusiasm these coaches bring is critical to that effort.”

Schumacher-Cawley and Rockwell will have a chance to catch up and evaluate some of the nation’s top collegiate players, facilitate court activity, and collect performance analytics during the three-day program, an experience that will only help them as they return to their respective campuses and resume spring practices with their own teams.

Schumacher-Cawley was a two-time All-American outside hitter and helped lead the Nittany Lions to their first NCAA national championship in program history in 1999. She graduated from Penn State in 2002 and previously held head coaching positions at University of Illinois at Chicago and Penn before returning to her alma mater as an assistant coach in 2018.

“We will always honor the things that Coach [Rose] has done,” Schumacher-Cawley said at her introductory press conference. “I think, with this new coaching staff, we’ll have new ideas in the gym, new ideas for the strength training and conditioning. I think we’re always trying to change a couple things here and there, but as far as the work ethic of this team, that will never waver. I think that that’s something that the alums and the past has provided for the future.”