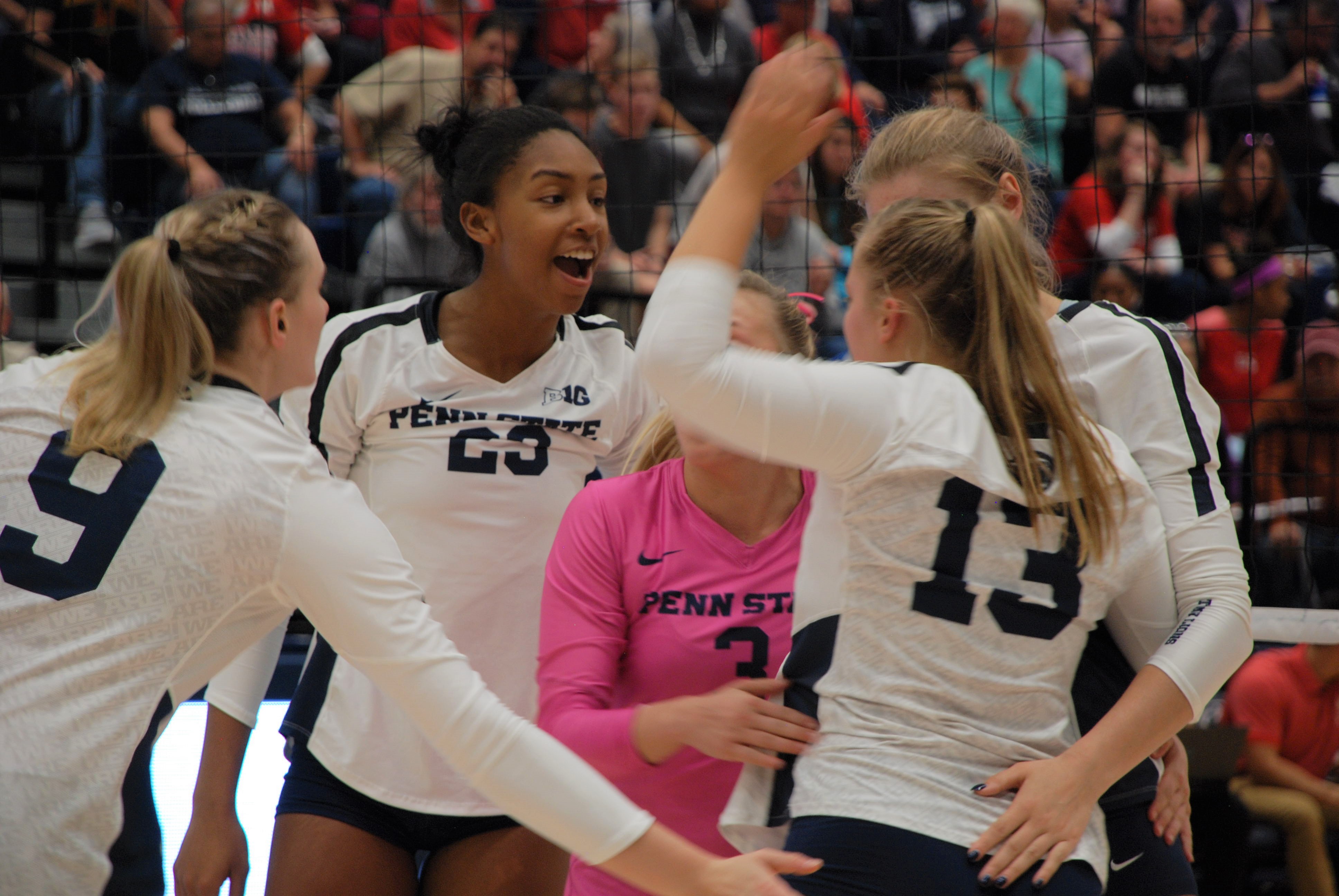 No. 8 Penn State women’s volleyball swept Michigan State 3-0 (26-24, 25-11, 25-19) Sunday afternoon in Jenison Field House. The Nittany Lions didn’t drop a single set against the Spartans during the regular season after also sweeping them at Rec Hall on Sept. 25.

Jonni Parker led the Nittany Lions offensively with a match-high 10 kills on a .375 hitting percentage. Gabby Blossom did such a good job distributing the ball that five Penn State players finished with at least five kills. Blossom had a match-high 34 assists, nine digs, two kills, and a block assist against Michigan State’s 6-2 system.

Michigan State got off to a hot start and was hitting well over .300 as a team midway through the first set, but the Nittany Lions utilized an impressive 11-3 run down the stretch after trailing 20-13 to eventually win a deuce game. Penn State opened up a 6-0 lead to begin the second set and it was soon clear that the Nittany Lions wouldn’t be stopped. After a video review, Serena Gray’s ninth and final kill of the afternoon was made official to end the match after initially being ruled out of bounds.

Kaitlyn Hord and Tori Gorrell tied with eight kills apiece in the victory, while Hord was downright dominant at the net with a match-high eight total blocks. Hord, who entered Sunday’s match leading the Big Ten in hitting percentage, continued her extremely efficient play with a .467 clip after surrendering just one attack error. Sophomore outside hitter Allyson Cathey rounded out Penn State’s offense with five kills.

Kendall White followed up a 21-dig performance in Penn State’s 3-1 win over Michigan Friday night with 18 more against the Spartans. White, who put herself in the conversation for a second straight Big Ten defensive player of the week nod, matched her career high with four service aces and added three assists in East Lansing. Jenna Hampton, Emily Sciorra, and Macall Peed (one ace, one assist) combined for 11 digs off the bench. Following Sunday’s sweep, Penn State now owns a 48-7 lead in the all-time series versus Michigan State.

The Nittany Lions (14-3, 7-1 Big Ten) return to Rec Hall Wednesday at 8 p.m. when they host Jacqueline Quade and No. 17 Illinois in a televised match on Big Ten Network.