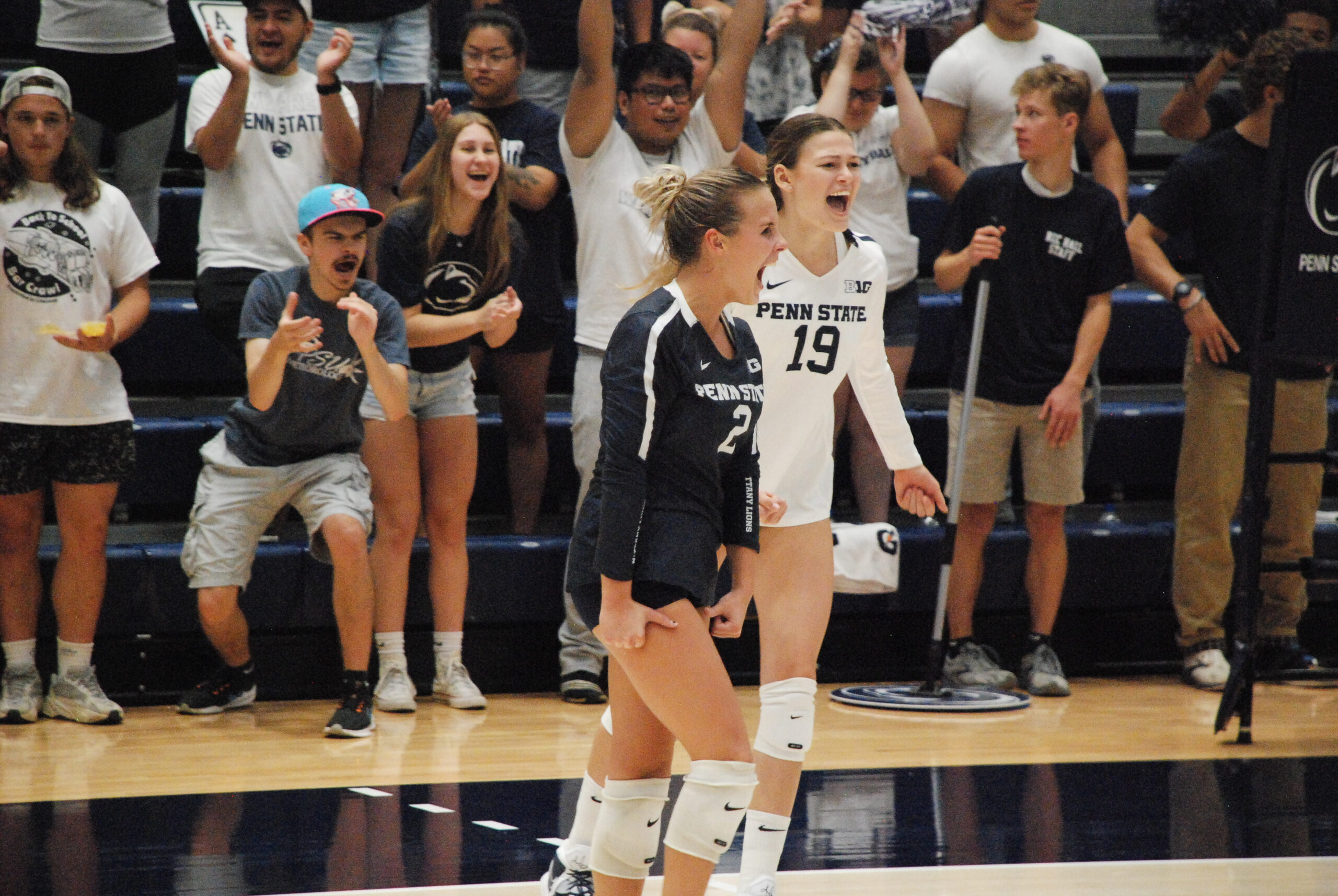 Zoe Weatherington and Kash Williams combined for 25 kills and only five attack errors on 40 swings between them in the win. It was Williams’ Penn State debut after sitting out Friday night’s sweep of UConn in the season opener.

Freshmen Alexa Markley and Katie Hurta made their first collegiate appearances against the Greyhounds. Markley had two kills and went on a lengthy service run in the fourth set that saw the Peachtree City, Georgia, native serve eight points in a row.

Starting setter Leisa Elisaia and sophomore defensive specialist Cassie Kuerschen had 12 and 10 digs of their own. Elisaia also had a match-high 40 assists, four kills, four blocks, and an ace.

Although she wasn’t in the starting lineup like Friday night, freshman defensive specialist Gillian Grimes had another solid outing for the Nittany Lions, tallying five digs, two assists, and an ace. Grimes and Kuerschen were among five substitutes who saw the floor for Katie Schumacher-Cawley’s squad.

Penn State volleyball alumna Bayleigh Hoffman is in her first season as an assistant coach at Loyola. Hoffman had several friends and family members in attendance for her return to Rec Hall.

Penn State doesn’t hold a press conference after morning matches during home tournaments. The Nittany Lions will be back in action Saturday at 7 p.m. against West Virginia (2-0), which beat Loyola in five sets and Duquesne in three sets Friday at Rec Hall.