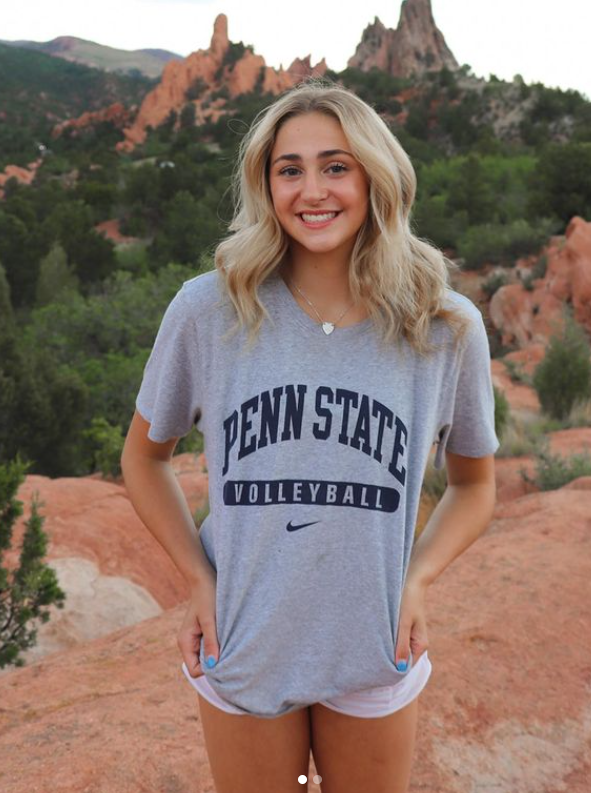 “I am so excited and grateful to announce my verbal commitment to play D1 volleyball and further my academic career at Penn State,” Starck wrote on Instagram. “It has been a dream of mine forever to play in the Big Ten at this level. I want to thank my family, coaches, friends, and teammates for always pushing me to become the person I am today. Big thank you to Coach Katie [Schumacher-Cawley], Dan [Gwitt], and Brian [Toron] for this amazing opportunity.”

Starck is among 20 players named to the United States’ U19 national training team that will convene July 6-15 in Tulsa, Oklahoma. Twelve athletes from the roster will be selected to compete in the 2022 U19 Pan Am Cup July 18-23 in Tulsa.

Starck was also named one of the MVPs of the Under Armour Next camp series stop on April 8 in Kansas City, Kansas. She can already touch 10’3” with her vertical leap.

Starck is considered one of the top setter prospects from the 2024 recruiting class, but her versatility as a hitter is quite impressive, too. The Starck sisters helped Rampart volleyball win its first Colorado 5A state championship in May 2021 when Anjelina was a senior and Izzy was a freshman.

“Oh, that was amazing,” Anjelina said last season. “That’s one thing I wanted to do ever since I knew we would have a chance to play together for one year, so that was so much fun.”

Izzy and Anjelina will have another chance to be teammates at Penn State during the 2024 season when they’re a freshman and senior, respectively. Their mother, Errica (Hibben) Starck, holds the career blocks record for the Texas Longhorns with 531.

Anjelina had a strong debut season for the Nittany Lions last fall, recording 159 digs, 87 kills, 19 blocks, 11 assists, and four aces. She made 11 starts at outside hitter as a true freshman.

Izzy Starck and Ava Falduto’s commitments to the Nittany Lions will certainly catch the attention of other top prospects who are considering Penn State. By joining Penn State’s 2024 class early, they can help the coaching staff build a particularly strong haul next cycle via peer recruiting.