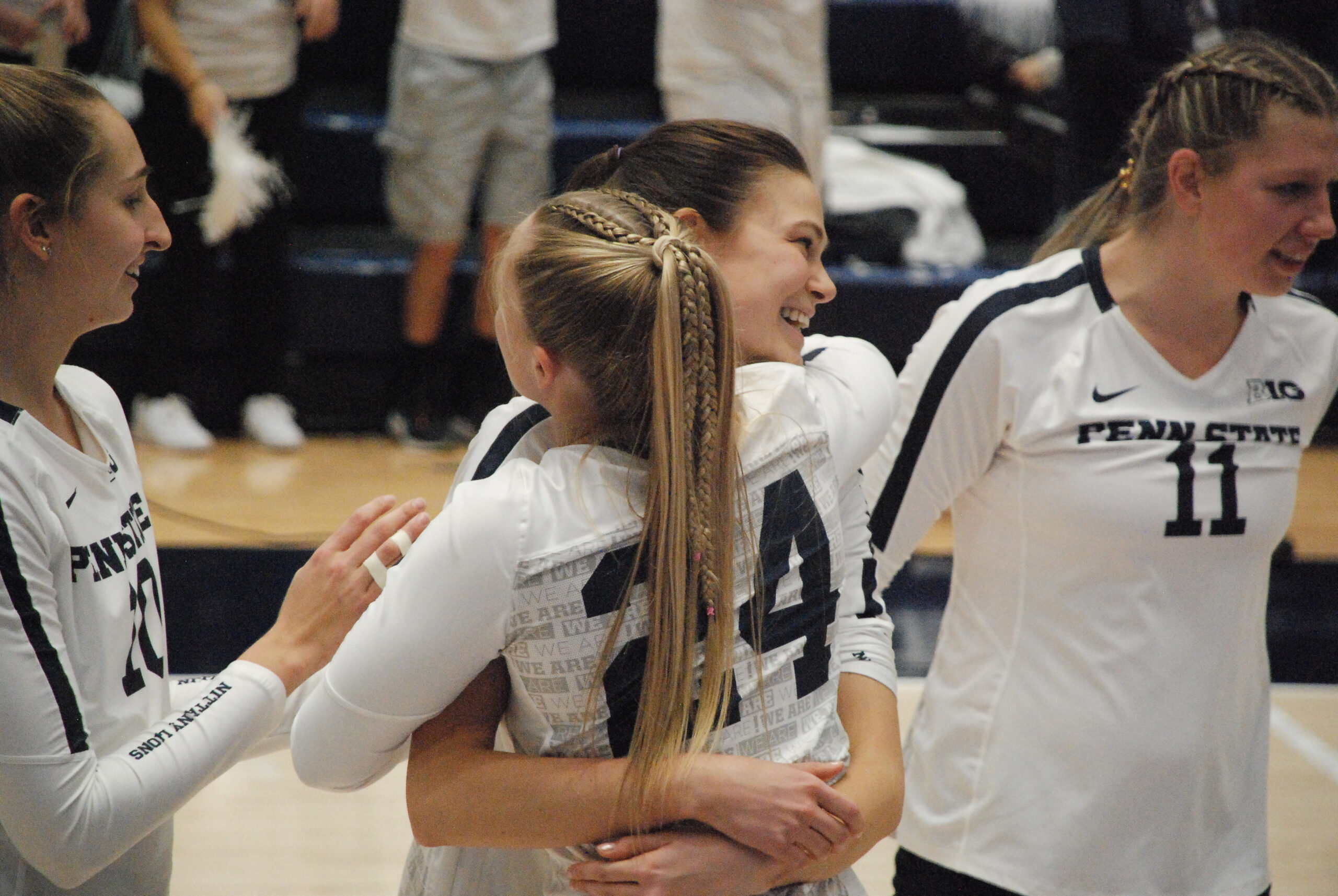 Markley, a 6-foot-2 pin from Peachtree City, Georgia, now has five matches with double-digit kills and sits at 138 on the season, which ranks fourth on the team behind Kash Williams (352), Zoe Weatherington (255), and Allie Holland (219). Markley also has 28 blocks, 20 digs, four aces, and two assists in 21 matches, including seven starts.

“Oh, it’s great,” Schumacher-Cawley said. “I’m happy for her. She works hard. I think she’s gotten better throughout the season. That’s definitely what you want to see. You want to see your players getting better. She puts the time in. I think it’s a well-deserved honor.”

Markley joined Nebraska’s Madi Kubik, Maryland’s Anastasia Russ, and Indiana’s Paula Cerame and Camryn Haworth as this week’s award winners. Markley was the first Penn State player since Jonni Parker in 2018 to be named Big Ten Freshman of the Week. Williams, Holland, and Seleisa Elisaia are Markley’s Penn State teammates who have also been recognized by the conference this season.

Markley, who won three state championships at McIntosh High School and represented A5 Mizuno Volleyball on the club circuit, had the following to say last Tuesday about earning her first Big Ten weekly honor: “It meant a lot to me. That was a goal I set in the beginning of the season. To be able to achieve that was really cool.”

Markley also touched on where she thinks she’s improved the most this season, giving an insightful response on how the college and club games differ.

“I think, for sure, confidence, especially coming in as a freshman against all these older girls. I think that’s a big thing I’ve improved on. My teammates and my coaches have helped me with that. But also shots and being more consistent. You come from playing club, where you can hit a ball straight down, but then you go to a conference like the Big Ten, and you can’t really do that. You have to change your whole mindset. It’s not about hitting as hard as you can all the time or hitting the ball straight down. It’s about using the block and finding different ways to score than I would have in the past.”

Markley and the Nittany Lions (22-7, 11-7 Big Ten) will travel to Evanston, Illinois, for the final away match of the regular season against Northwestern Wednesday at 8 p.m. ET at Welsh-Ryan Arena. No. 11 Penn State climbed three spots in this week’s AVCA rankings.

Following Penn State’s first of two sweeps over Rutgers this season on October 23 at Rec Hall, Leisa Elisaia, who’s been named Big Ten Setter of the Week three times, was asked to describe what she enjoys about playing alongside Markley.

“That girl is just a ball of energy,” Elisaia said. “She’s awesome. Whatever I put up there, I know that she’ll get her feet to the ball and she’ll stay aggressive. She’s doing a really good job adjusting to what we need her to be doing.”