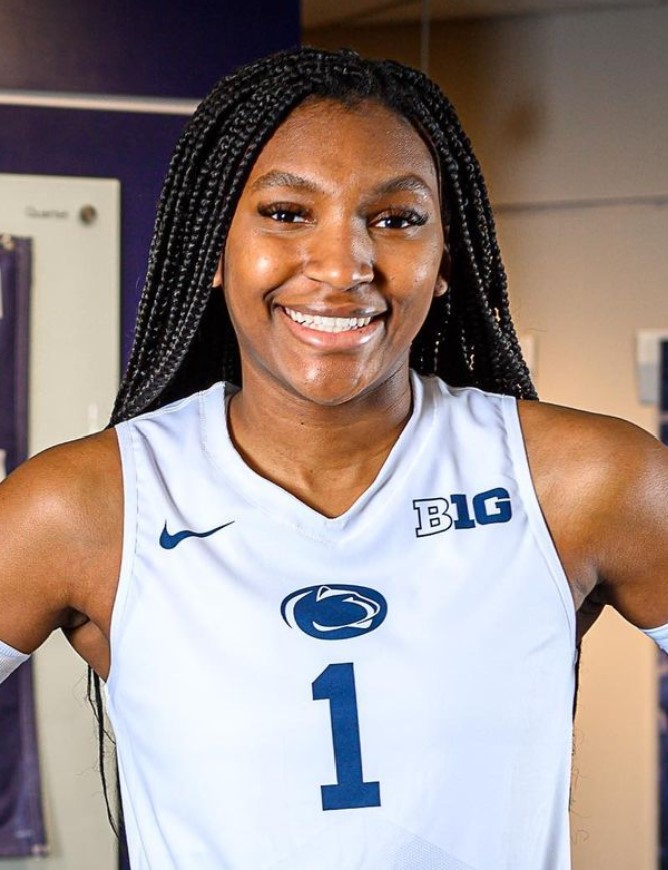 “I’m thankful for the opportunities I have had at Purdue University,” Trammell posted on Instagram. “With much thought and prayer, I am so excited to announce that I will be continuing my academic and volleyball career at Penn State University. I am so grateful to be a part of such a great program and the State College community.”

“We played on the same high school team and in the same club,” Hord said of Trammell last season. “I’m super proud of her and have watched her come a long way. She’s doing some great things. I’m very proud of her.”

Trammell entered the transfer portal this offseason after recording 219 kills and 246 total blocks during her Purdue career. She’s already made 41 starts despite missing part of last season due to injury.

Trammell has three seasons of eligibility remaining after making her collegiate debut during the COVID-shortened spring 2021 season. Trammell started all 23 matches for the Boilermakers that campaign and earned a spot on the Big Ten all-freshman team.

Trammell is a significant addition for the Nittany Lions at middle blocker and has a chance to earn a spot alongside Allie Holland in the starting lineup with a strong preseason.

Trammell recently visited Penn State’s campus to tour the facilities and meet with Katie Schumacher-Cawley and the rest of her coaching staff before making her decision.

Trammell is the second transfer to pick the Nittany Lions so far this offseason, joining former Long Beach State outside hitter Kashauna Williams, who announced her Penn State commitment on February 3.

Here’s a link to a highlight video on Taylor, posted by Penn State: