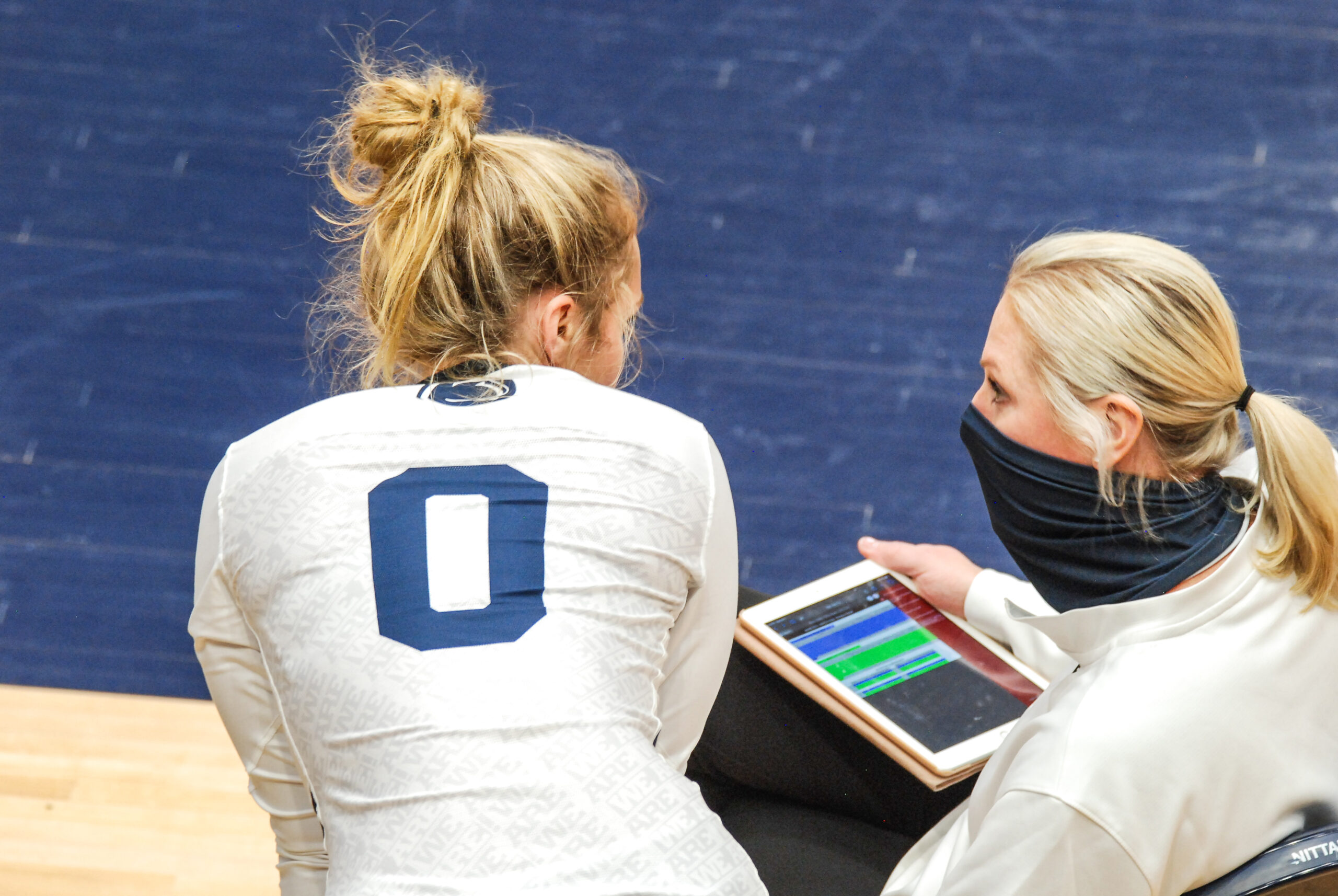 AC Fitzpatrick led the Nittany Lions with eight kills, six digs, and a block in Penn State’s fifth straight win. Fitzpatrick didn’t have a single attack error and hit .500 against the Spartans, who fell to 2-9 on the season. Meredith Norris paced Michigan State’s offense with eight kills in the loss.

Although she didn’t fill up the stat sheet in terms of kills Saturday night, Jonni Parker did a little bit of everything in the sweep. She finished with four kills, a match-high three aces, two assists, two digs, and two blocks. Penn State’s serve-receive was exceptional in the win, as the Nittany Lions posted a 7-2 advantage in aces and didn’t surrender any reception errors. Jenna Hampton had a match-high 11 digs, seven assists, and an ace.

Setter Gabby Blossom had 16 assists, six digs, an ace, a block, and a kill for the Nittany Lions, while Keatan Broughton checked into the match with Penn State leading 14-5 in the third set and immediately made an impact. After serving, Broughton made a fantastic play to keep the ball alive when she dove into a table on the sidelines and somehow found Fitzpatrick with a pass. Broughton also had an ace later. Fellow defensive specialist Maddy Bilinovic had two digs and an ace.

The Nittany Lions (9-5) return to Rec Hall for their final home series of the season against No. 1 Wisconsin next weekend. Both matches will be broadcast on the Big Ten Network. The Badgers (10-0) will play No. 4 Minnesota this Sunday in Minneapolis before focusing their attention on Penn State.