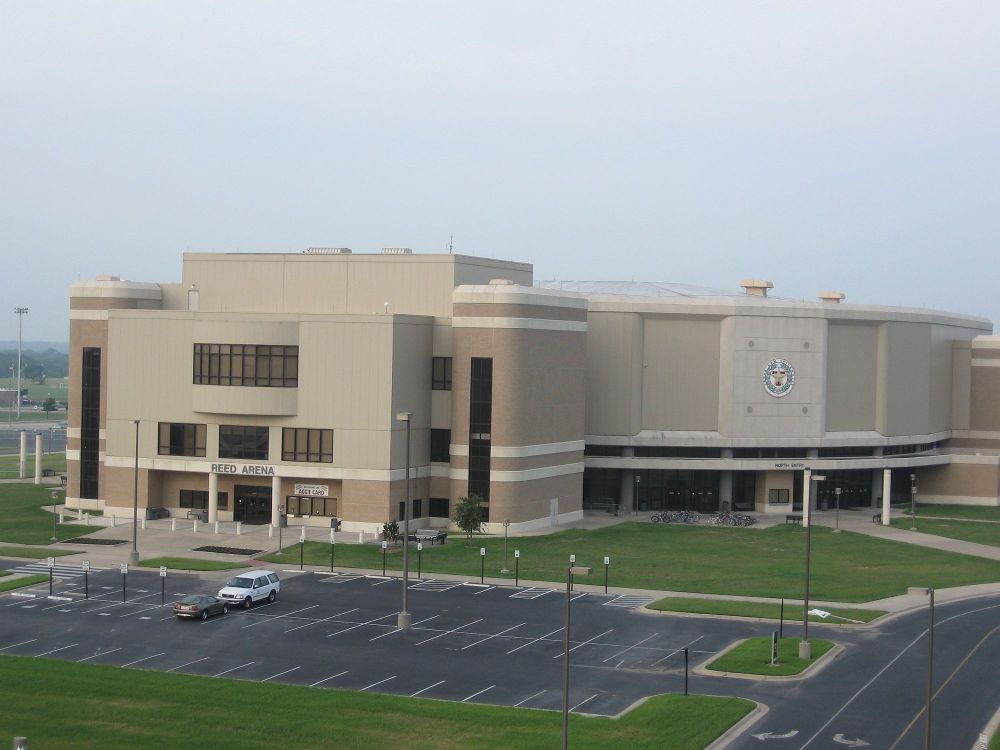 But Stanford’s height advantage wasn’t the reason they took down Penn State in 2016.  In fact, then-#13 Penn State (2-3) out blocked Stanford 10-8 in the match.  What sealed the loss for the Nittany Lions was the serve-receive game: 9 service errors for Penn State to only 2 for Stanford, and zero aces for the Nittany Lions to 8 aces for the Cardinal.  In a match in which the first set was decided by two points, and the third set was decided by three points, those statistics were killer.

I used to hit in high school, but I never imagined I’d hit at the collegiate level. I’ve always been a setter, so this role is different for me.  I think my setter training has helped me with my new role on the offense. When we train, we are constantly looking where the block is, and trying to avoid it, and I believe that experience has helped me get better as a hitter.

After a rough start through the first two sets, 6-1 Sr. OH Simone Lee ended the night with 11 kills.  6-1 Sr. OH Ali Frantti chipped in 10 kills and 14 digs, 6-3 Sr. MH Haleigh Washington registered 10 kills (.625 hitting %) and a match-high 7 blocks, and 6-1 RS Jr. OH Nia Reed played what may have been her best match to date, totaling 7 kills and 4 blocks (the match was played in Reed Arena, so maybe the karma was right).  6-0 Sr. setter Bryanna Weiskircher totaled 22 assists, 11 digs and 2 service aces.  5-5 So. libero Kendall White registered her season-high with 20 digs.

Although the match was not streamed live, a Stanford fan who attended the match had these comments about the Penn State players: 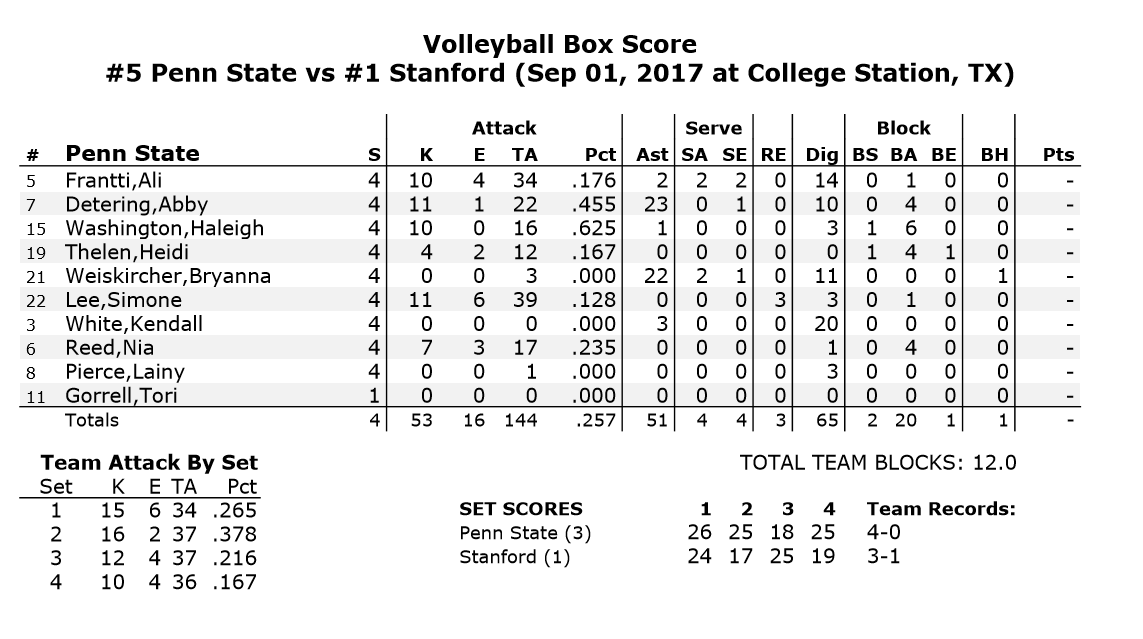