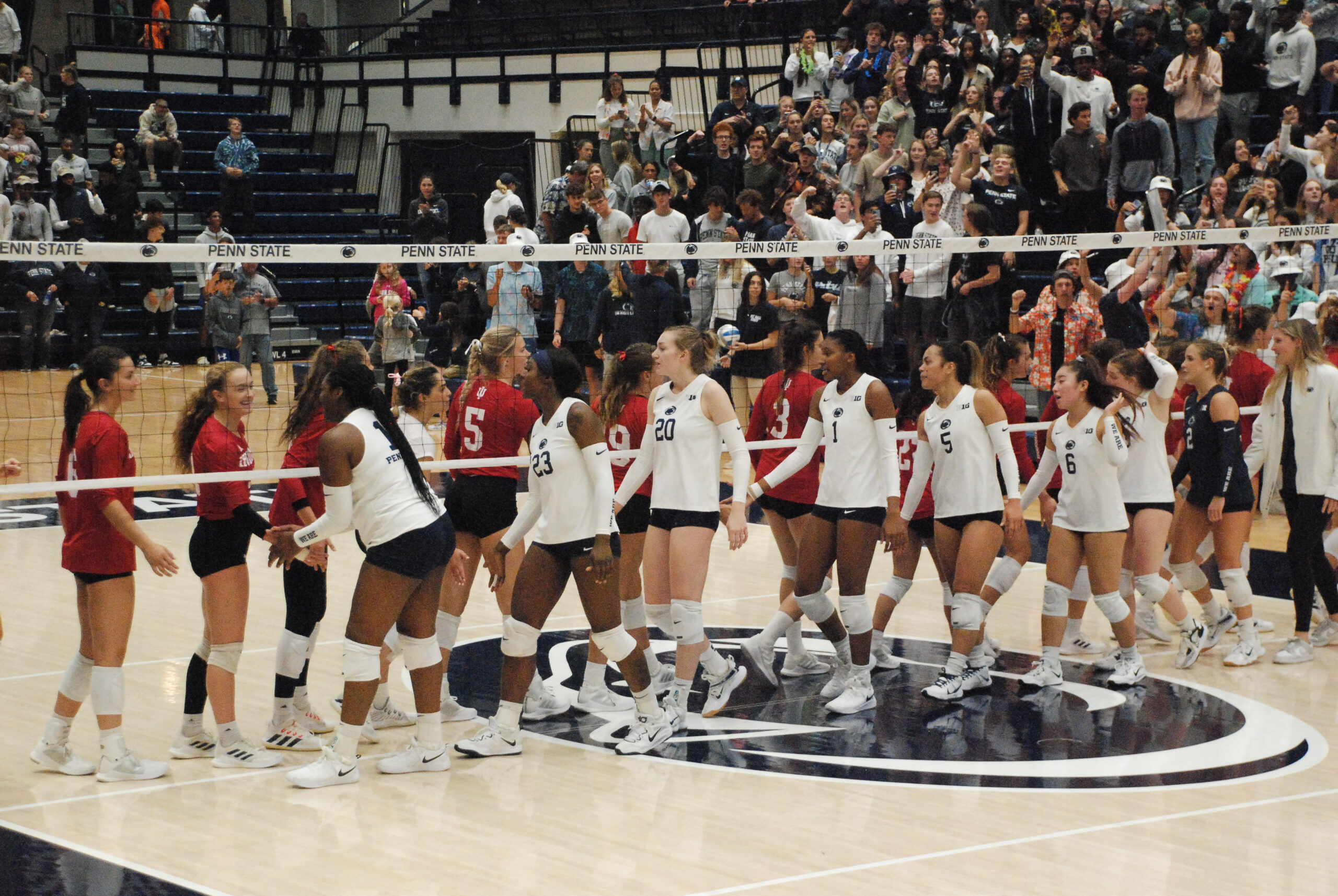 Allie Holland led the Nittany Lions (20-6, 9-6 Big Ten) with a team-high 10 kills and a .562 hitting percentage against the Hoosiers. Holland also had a match-high six blocks in the win.

Penn State improved to 60-1 in the all-time series against Indiana and has now won 20 matches in a row versus the Hoosiers, including a sweep at Rec Hall earlier this season on September 23.

Katie Clark, Alexa Markley, and Kash Williams had eight kills apiece, while Zoe Weatherington added five kills of her own. Leisa Elisaia dished out 31 assists, tying Indiana’s Camryn Haworth, and is now 20 away from reaching 1,000 on the season.

The Nittany Lions finished with a .211 hitting percentage to Indiana’s .141 mark. Both teams had eight blocks. Penn State will play No. 15 Purdue (18-7, 9-6 Big Ten) Saturday at 8 p.m. ET in West Lafayette in a televised match on Big Ten Network. The Boilermakers lost to No. 6 Ohio State 3-1 at home Thursday.