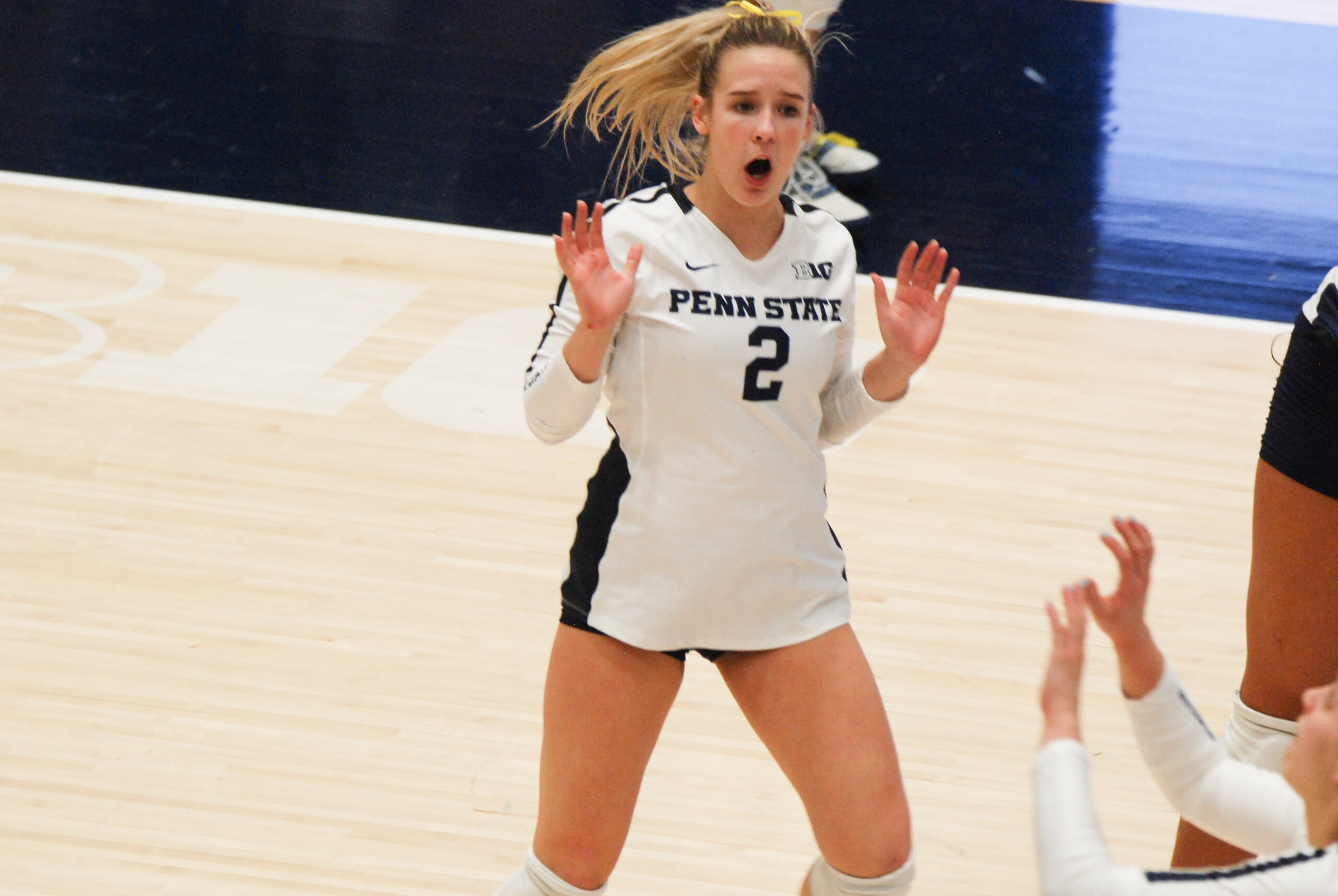 The match pitted head coach Russ Rose against one of his supremely talented former players in Yellowjackets assistant coach Arielle Wilson, who was a three-time AVCA All-American and helped the Nittany Lions win four straight national championships from 2007-10.

Georgia Tech finished the spring season 14-5 and advanced to the round of 32 in the 48-team NCAA tournament held in Omaha, Nebraska, losing to Minnesota in straight sets after beating Lipscomb 3-1. Mariana Brambilla was phenomenal for the Yellowjackets in their upset win over Penn State, tallying a match-high 21 kills.

Freshman defensive specialist Cassie Kuerschen was the first substitute off the bench for the Nittany Lions. Fellow freshmen Quinn Menger and Anjelina Starck also made their Penn State debuts, but none recorded a stat in the loss. In total, 14 players saw the floor for Penn State.

Gabby Blossom and Matti McKissock were the only players to record double-doubles, but McKissock put together a stronger overall performance with a match-high 42 assists and 16 digs. Junior setter Emily Oerther also saw significant playing time for the Nittany Lions and finished with nine assists and three digs.

Jenna Hampton looked confident to begin her second season as Penn State’s starting libero, recording a team-high 15 digs and four assists. Hampton was surprisingly the only defensive specialist on Penn State’s roster with a dig of the four who entered the match.

The Nittany Lions outblocked Georgia Tech 14-8, but a tough outing from the service line spelled trouble for Penn State, which surrendered 13 errors. Full stats can be found here. Penn State (0-1) will be back in The Venue at UCF at 4 p.m. ET when it faces St. John’s later this afternoon.