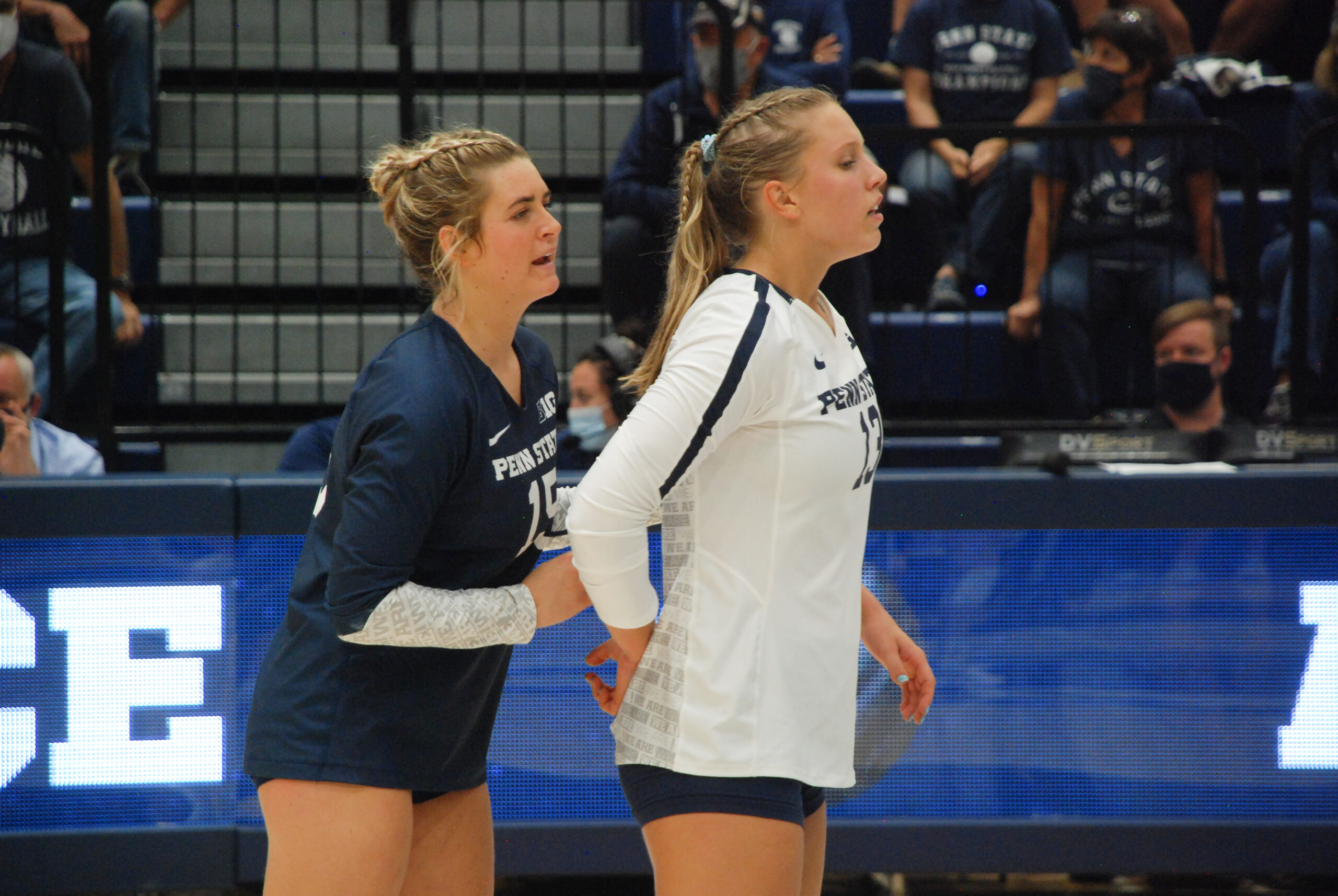 Erika Pritchard had a season-high 18 kills for the Nittany Lions and Jenna Hampton tied her career high with 27 digs in the win. Adanna Rollins had Penn State’s only double-double of the night with 14 kills and 12 digs.

Rollins currently sits at 999 kills and 999 digs during her career heading into Saturday’s road match against Michigan State. Gabby Blossom had a match-high 55 assists, seven digs, three kills, and was one of four Nittany Lions with two aces apiece.

Kaitlyn Hord put together another efficient performance with 12 kills and a .417 hitting percentage versus the Wolverines, who fell to 14-10 on the season and 7-8 in Big Ten play. Fellow middle blocker Allie Holland had eight kills and hit .571, while Jonni Parker added nine kills and nine attack errors. Full stats can be found here.