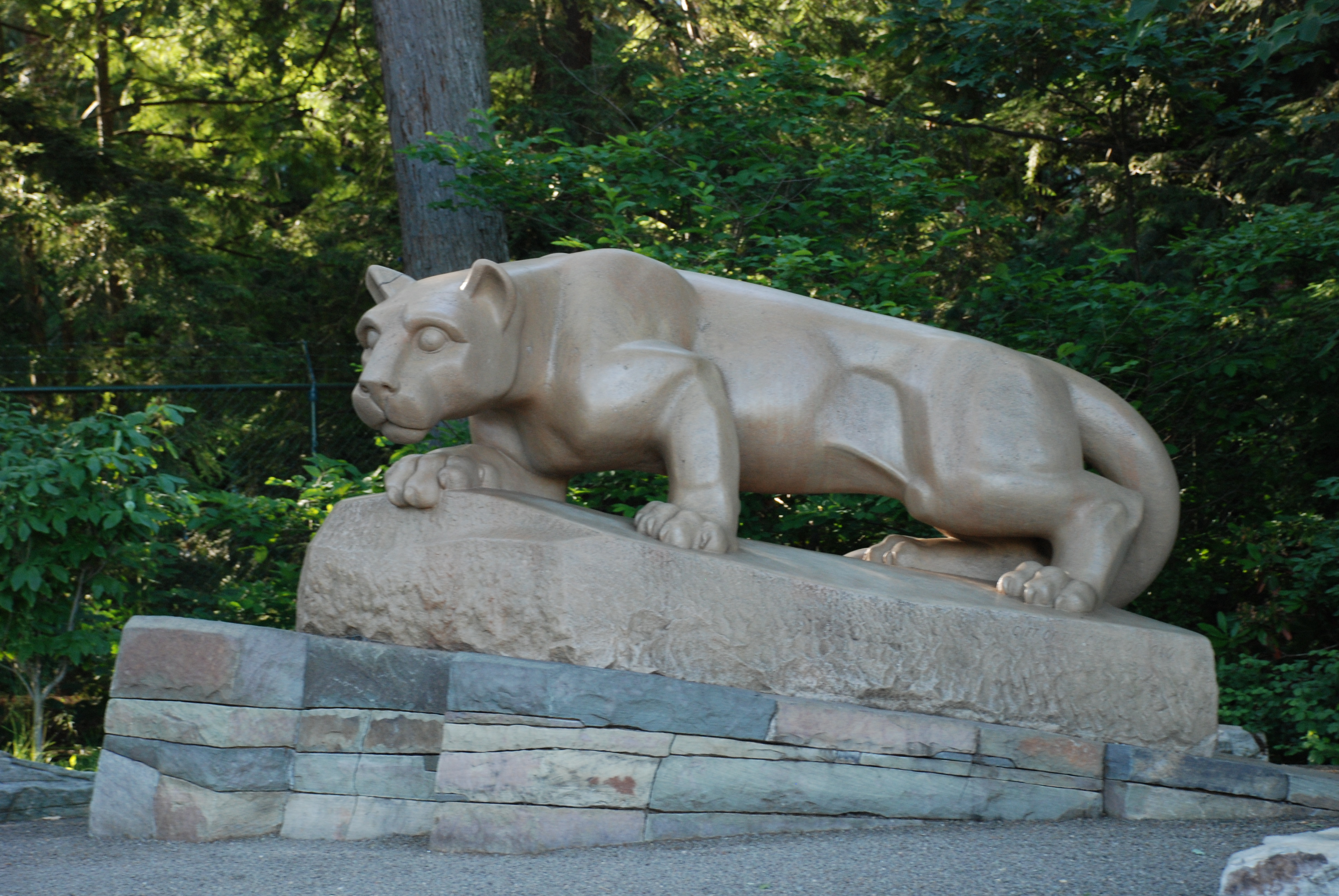 When we were in college, a 10:00 a.m.  class on Saturday would have been tough sledding — aspirational, rather than mandatory.  But the Penn State Women’s Volleyball  team showed up on time and ready to play against Georgia Southern, sweeping the Eagles (25-13, 25-12, 25-7) in a match that was never close.

In what most fans we spoke with thought was an unusually high number of participants for Penn State, a total of 16 Nittany Lions saw the court, as 6-3 RS So. OH  Clare Powers (1 kill) and 6-3 RS Fr.Opp Jelena Novakovic (2 kills, .667 attack %) made their debuts for Penn State.

Washington led Penn State with five blocks, Thelen totaled three, and Frantti and Gorrell chipped in with two each. 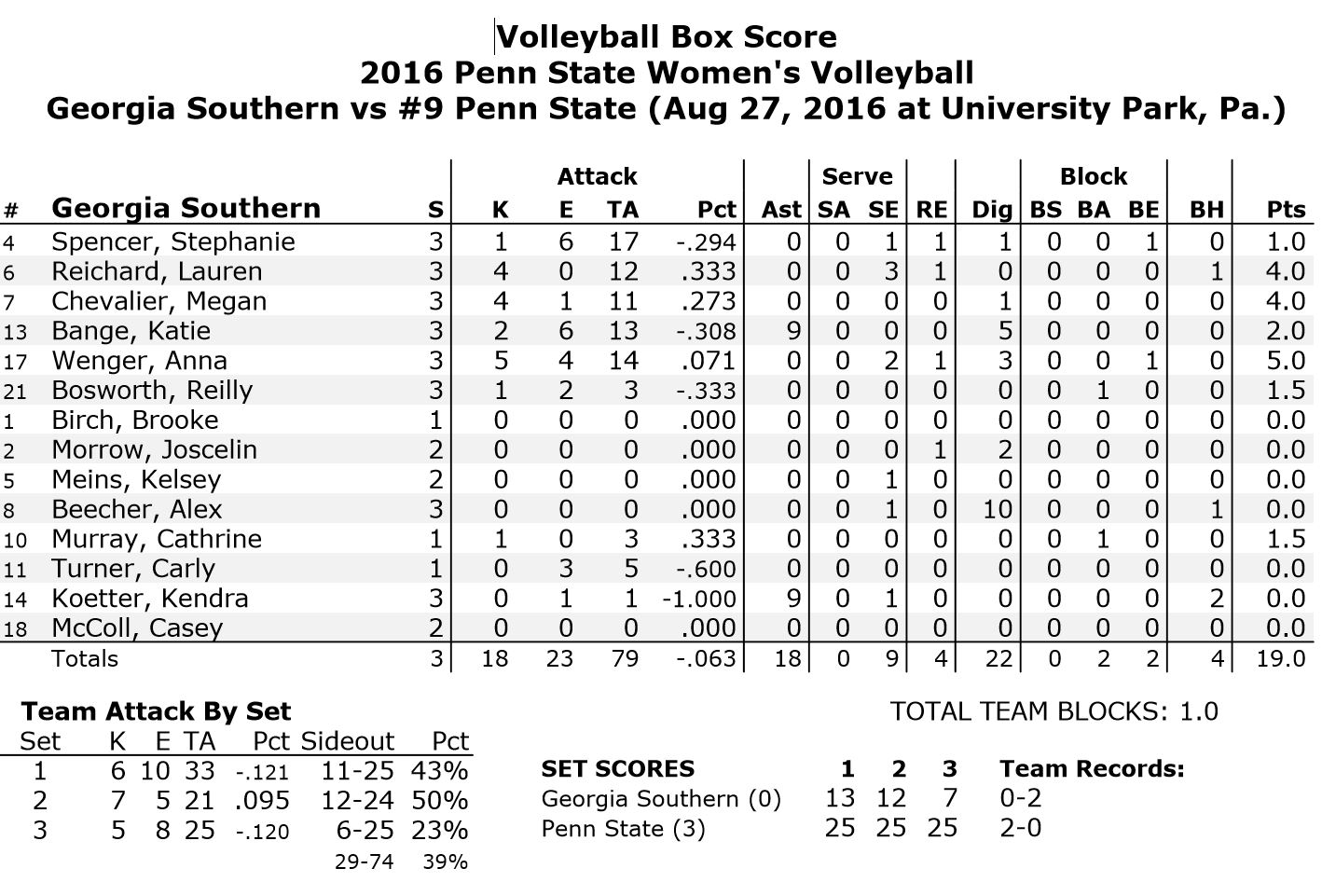 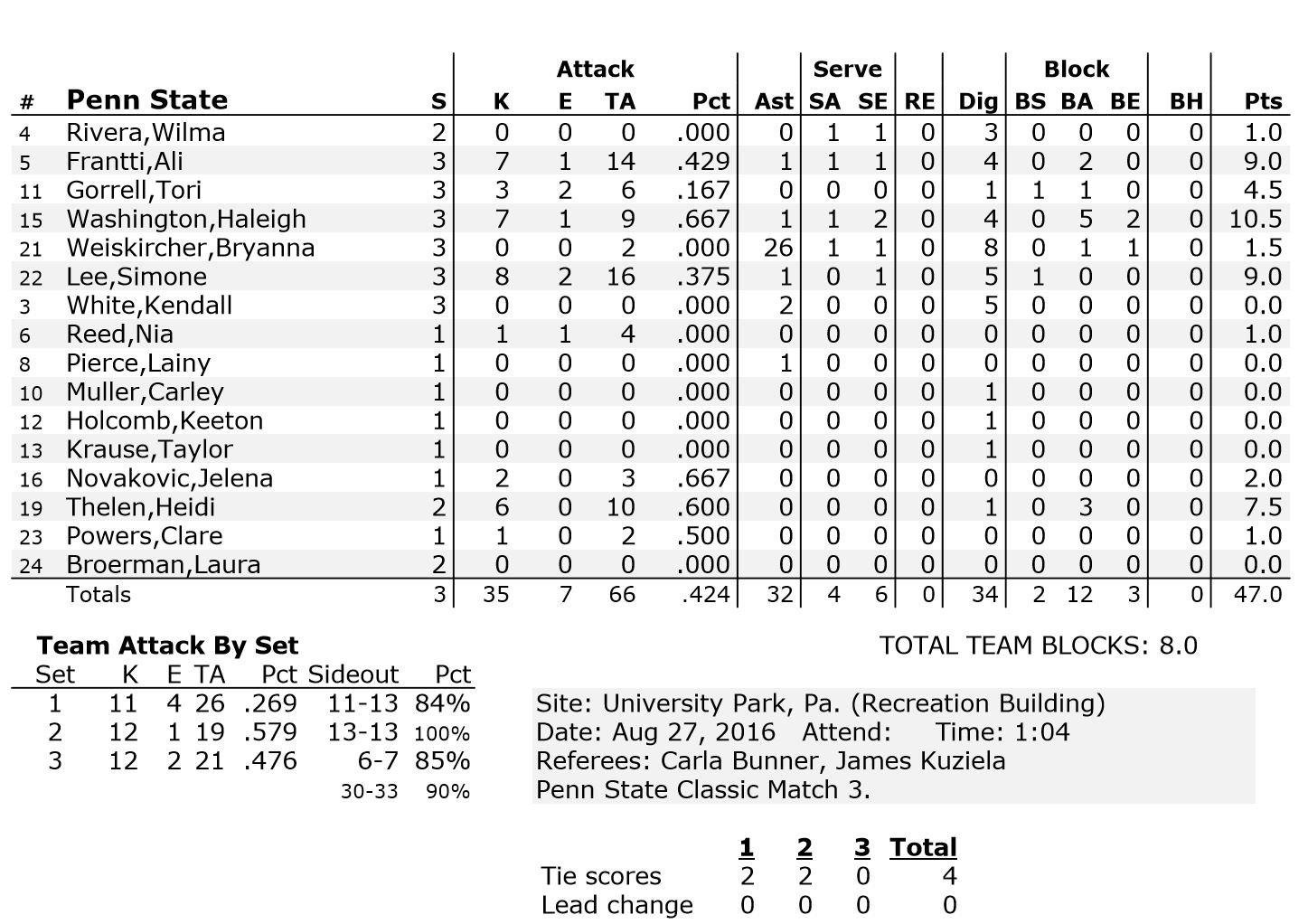