Here’s a video recap of their 1st round win over American:

Also, you might want to take a look at the video interviews below, featuring Penn State assistant coach Kaleena Davidson, Big Ten Defensive Player of the Year Katie Slay, and Big Ten Freshman of the Year Micha Hancock.  After that are the match stats for the Liberty-Penn State match. 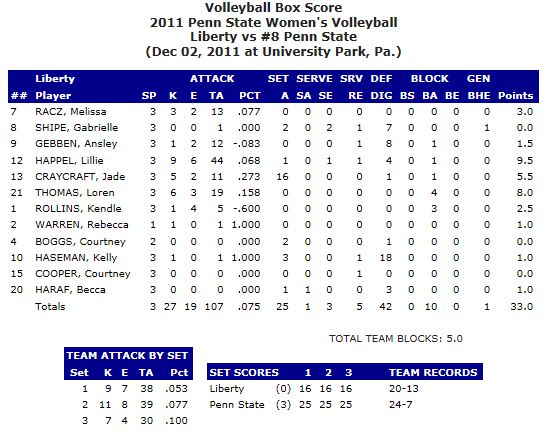 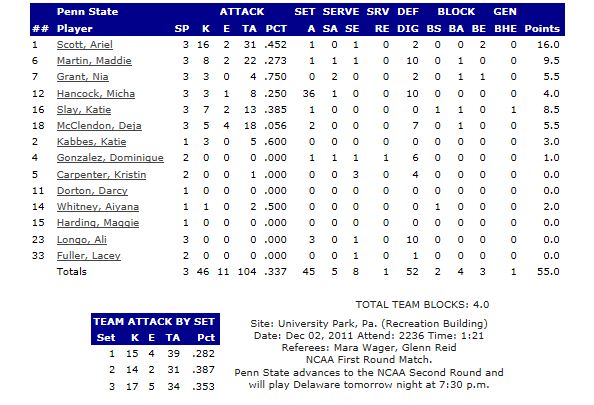