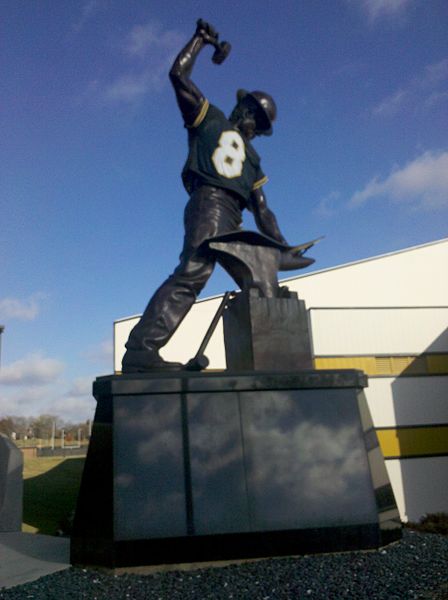 Where: West Lafayette, IN

It will be interesting to see how #9 Penn State, coming off the tough five-set loss to Illinois last Saturday, performs against #11 Purdue tonight in West Lafayette.  Lots of folks would reverse those rankings, or drop the Nittany Lions out of the Top 20 entirely.

And those folks may be right.  The fact is, since the USC match — when Penn State pulled out a five-set victory in front of the most enthusiastic Rec Hall volleyball crowd Russ Rose has ever witnessed (and he’s pretty much witnessed them all) — the Nittany Lions arguably have performed like a top-ten team only once, when they swept Minnesota on October 1st.  Perhaps not coincidentally, the Minnesota match also was at home.

So this could be a signature road match for Penn State, against a very tough opponent that already knows it can beat Penn State — they accomplished that last season when they took down Penn State 3-2 in West Lafayette (after Penn State had won the first two sets).

For the Nittany Lions to come out on top tonight, Penn State will need to find a way to get 6-1 So. OH Deja McClendon more involved in the offense — and more productive when she is involved in the offense.  As shown in the table below, in the last four matches, McClendon is hitting just .121 — not the kind of performance Penn State needs to compete successfully against a team like Purdue.  And although 6-4 So. RS/Opp Ariel Scott has led the Nittany Lions during those four matches  with 4.13 kills/set, her .191 attack % probably isn’t what Russ Rose is looking for either.  On the other hand, Katie Slay and Nia Grant have put up very respectable numbers.  If Hancock, Slay, and Grant can communicate well and take some of the pressure off McClendon and Scott, Penn State might be successful against the Boilermakers.

Actually, for the season, against all opponents, the performance of Scott and McClendon is virtually identical, as reflected in the table below:

This early in the season, there probably isn’t much point in comparing statistics (that might be true even later in the season; there’s always that old saw “you can throw the records out for this one”).  But here’s our Stat Joust anyway.  Purdue’s .231 hitting % looks pretty good compared to Penn State’s .206, and its 12.90 assists/set (#3 in the Big Ten) is significantly better than Penn State’s 11.75 (9th in the Big Ten), as are Purdue’s 14.00 kills/set vs. Penn State’s 12.79.  But Penn State tops Purdue in Blocking (2.69 blocks/set vs.  2.49 blocks/set) and services aces/set (thank you Micha Hancock).