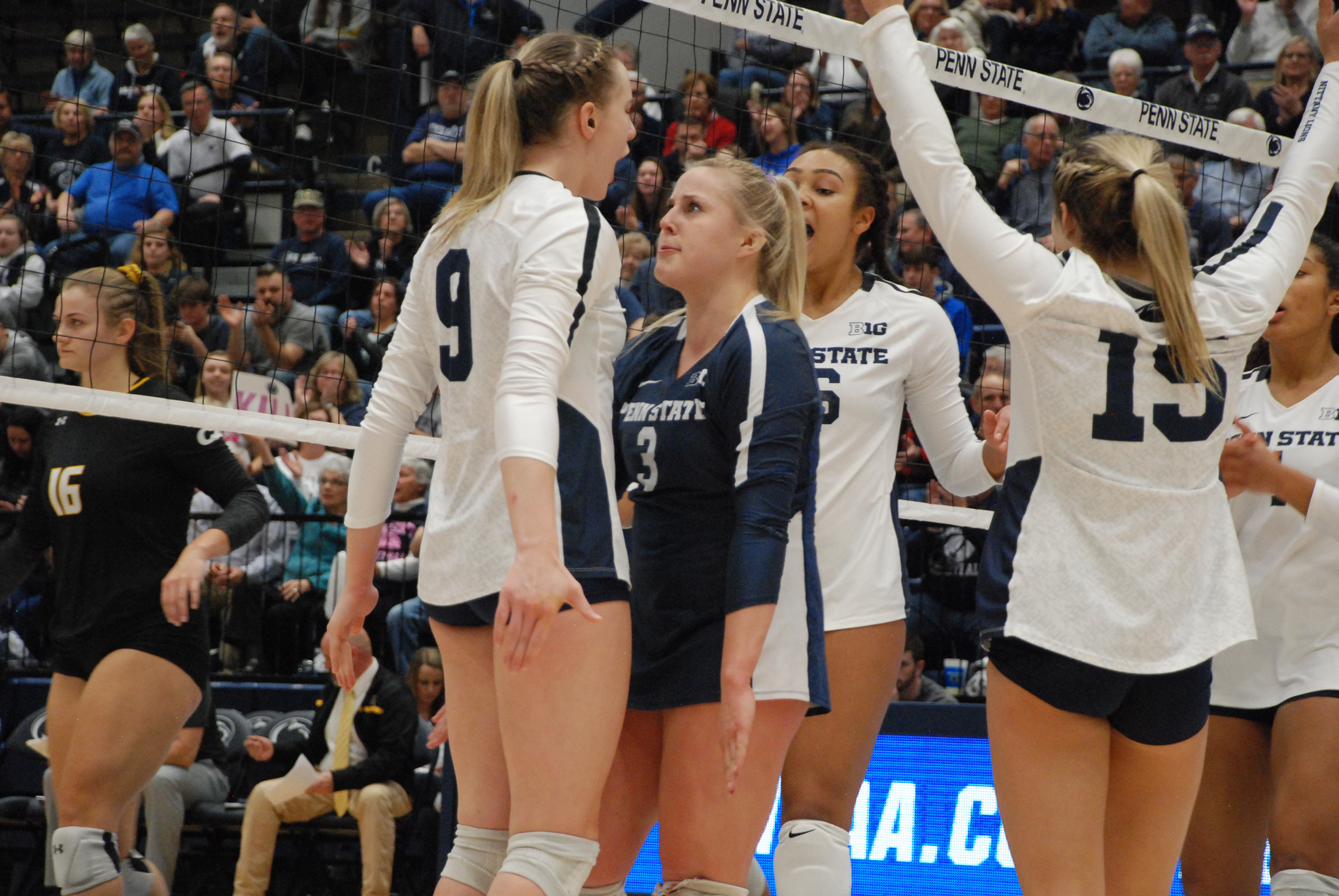 White and Reed played significant roles for the U.S. throughout the 10-team tournament, starting several matches at libero and opposite hitter, respectively. They’re among a handful of former Penn State players making waves with the U.S. women’s national team.

“This was a very chaotic match for us,” outside hitter Mac May of UCLA said afterward. “Mexico played an incredible game. I’m very proud of our team for just working through adversity.”

White, a three-time AVCA All-American and two-time Big Ten Defensive Player of the Year during her time at Penn State, finished her collegiate career as the program’s all-time digs leader with 1,994. White, the team captain, started the first match of the tournament and tallied 33 digs in a 3-1 win over Peru, while Reed added nine points in the victory.

Reed, who was named an AVCA honorable mention All-American following her redshirt senior season in 2018, was a member of Penn State volleyball’s most recent NCAA national championship-winning team as a true freshman in 2014. Reed had another nine points in a U.S. sweep of Puerto Rico in its second match, while White tallied 20 digs in the win.

Reed came off the bench and scored three points on two kills and a block in a sweep of Costa Rica to help the U.S. improve to 3-0. White didn’t play in the match as fellow libero Hana Lishman started for the U.S. Reed split time with former Minnesota star Stephanie Samedy. Despite losing to the Dominican Republic in five sets in the following match, White and Reed both turned in impressive performances, notching 26 digs and 15 points, respectively.

The U.S. rallied from an 0-2 deficit to defeat Cuba and advance to the quarterfinals. White had 31 digs and Reed had seven points on seven kills in the come-from-behind victory, which set up a meeting with Colombia. White had another strong showing with 25 digs against Colombia, but the U.S. lost in four sets.

White and Reed secured the bronze medal with their U.S. teammates after beating Mexico Sunday. White had nine digs in the win. They will travel home to the U.S. with some new hardware around their necks. White and Reed also participated in the 2022 Volleyball Nations League this summer, where the U.S. went 11-1 in the preliminary rounds before losing to Serbia in the quarterfinals.

White played for French side Terville Florange Olympique Club the last two professional seasons and is slated to return for a third, while Reed played for Brazilian club Sesi Vôlei Bauru last season before signing with the Gwangju Peppers of South Korea for the upcoming 2022-23 season.