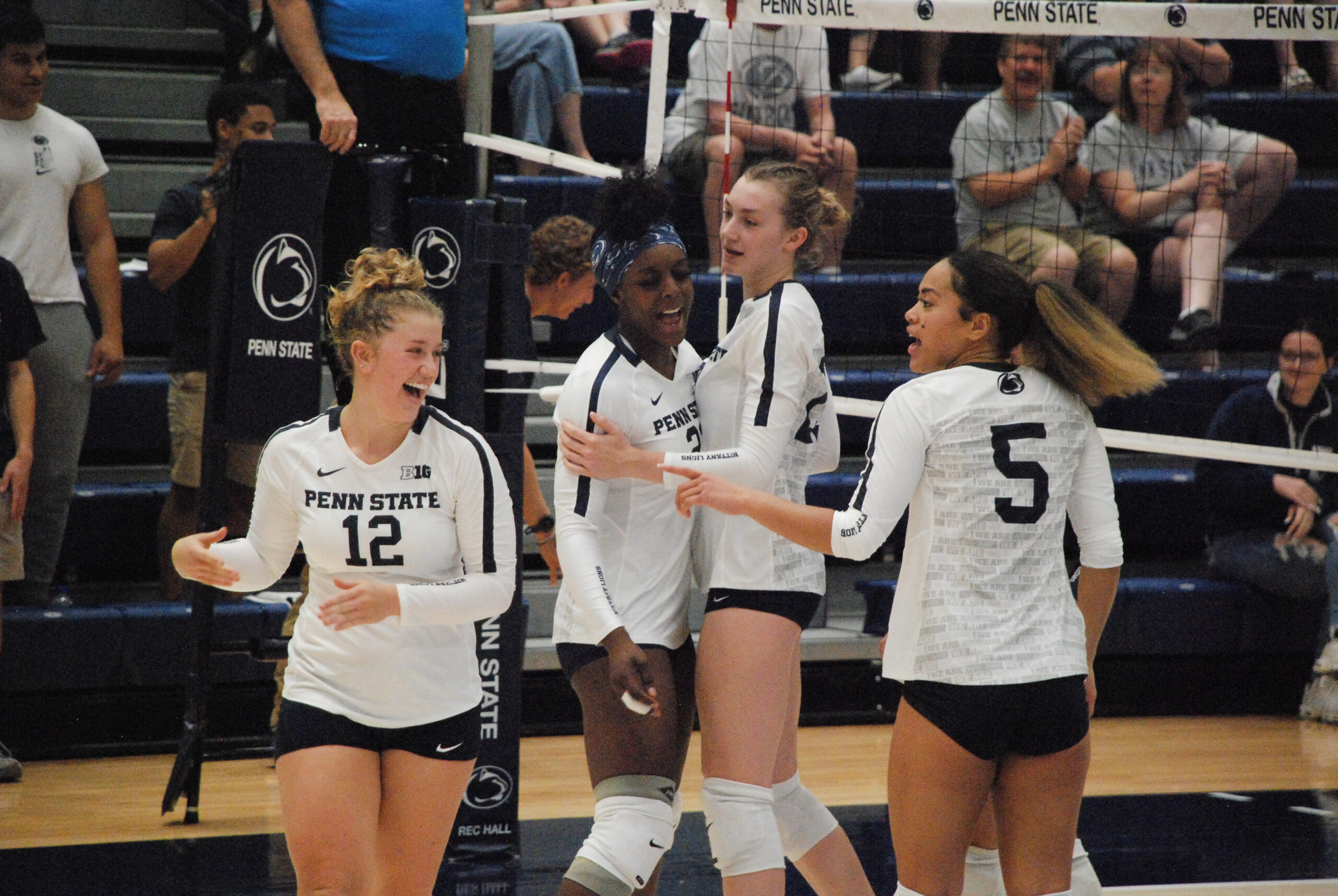 Williams shared Big Ten Player of the Week recognition with Ohio State’s Emily Londot after recording a season-high 16 kills in both matches, while Holland was named the Big Ten Defensive Player of the Week after tallying 18 total blocks — nine in each match.

Williams and Holland follow teammate Leisa Elisaia in earning weekly conference laurels, as Elisaia was named the Big Ten Setter of the Week following Penn State’s 3-0 weekend at the Tiger Challenge in Baton Rouge, Louisiana. Williams, Holland, and Elisaia are the only Nittany Lions to be recognized by the conference so far this season.

Williams, a graduate senior from Los Angeles, California, is the first Nittany Lion since Jonni Parker on September 6, 2021 to be named Big Ten Player of the Week. Although she has yet to start a match for Penn State, Williams has reached double-digit kills in six of the seven matches she’s seen action and is currently hitting .280.

After missing the road trip to LSU, Holland returned to the lineup at Maturi Pavilion for Penn State’s two biggest non-conference matches of the regular season, and she delivered in a big way for the Nittany Lions, showing why she’s considered one of the Big Ten’s best blockers.

Holland is the first Nittany Lion since Jenna Hampton on November 8, 2021 to be named Big Ten Defensive Player of the Week, and it’s the first time Holland has received this honor. Holland, a junior from Hilliard, Ohio, is currently third in the conference in blocks per set with 1.71 — trailing only Wisconsin’s Danielle Hart (1.93) and Maryland’s Rainelle Jones (1.72).

Holland and Williams combined for an emphatic block on match point against Oregon Saturday night, sending their teammates flooding onto the court in celebration after the second ranked win of Katie Schumacher-Cawley’s tenure as Penn State’s head coach. They will be crucial to Penn State’s success the rest of this season and are already fan favorites for the talent and energy they bring to the court.

The Nittany Lions (8-0) will return to Rec Hall this weekend to wrap up non-conference play in the Penn State Classic, where they will host Howard Friday at 7 p.m. before playing UAlbany (11 a.m.) and Coastal Carolina (7 p.m.) in Saturday’s doubleheader. Penn State jumped nine spots to No. 11 in this week’s AVCA coaches’ poll.