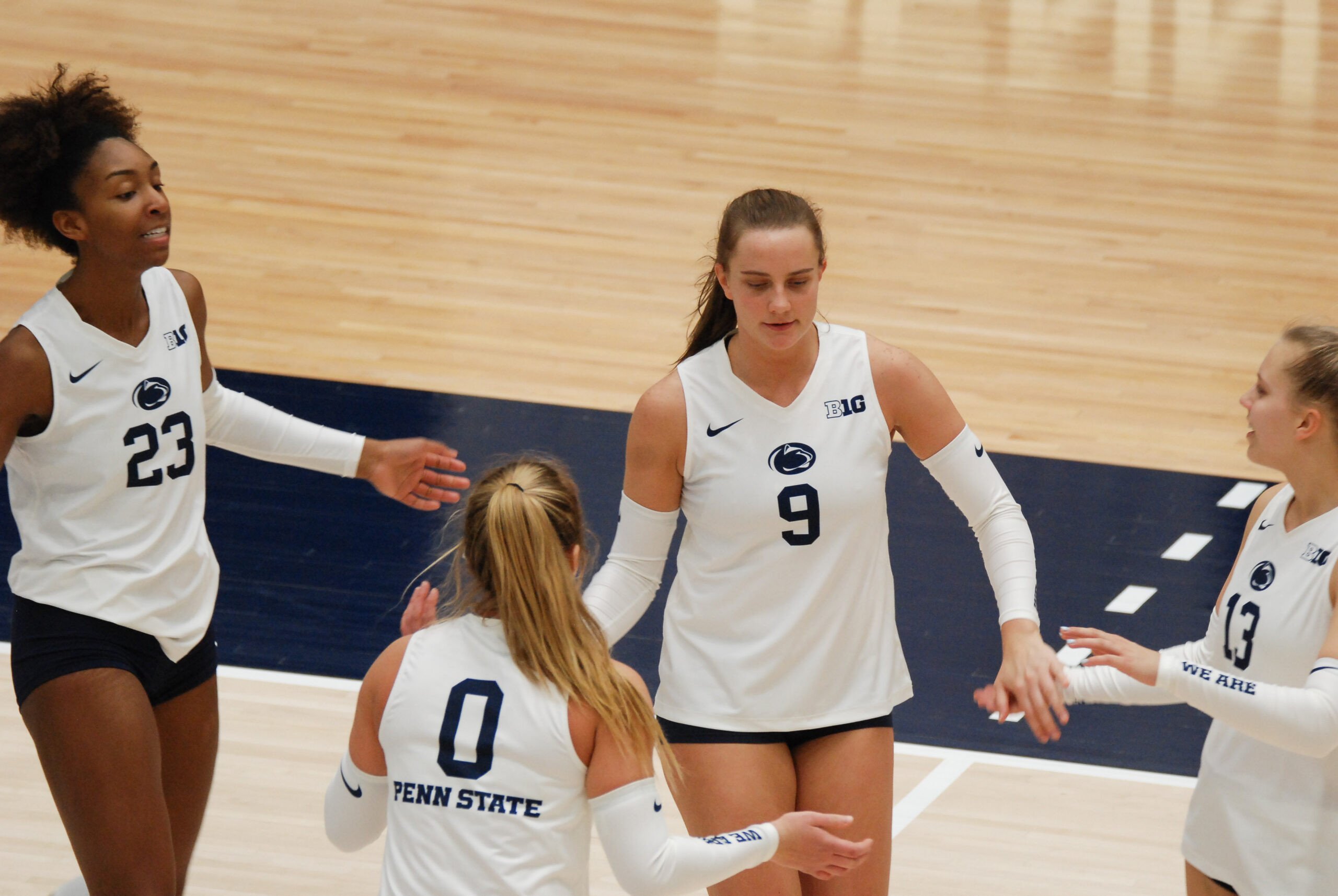 Katie Clark’s transfer from Texas Christian University to Penn State women’s volleyball continued a strong offseason of talent acquisition for the Nittany Lions, who are just over a month away from the start of the 2021 season.

Clark, a 6-foot-3 middle blocker from Arlington, Texas, is coming off consecutive All-Big 12 second-team selections for the Horned Frogs, who finished the abbreviated 2020-21 season 4-17. Clark’s addition to the Penn State roster immediately helped to re-solidify the team’s depth at middle blocker following the recent transfer of Serena Gray to Pitt.

Clark, who has two seasons of eligibility remaining, will compete for playing time with sophomore Allie Holland, freshman Erika Williams, and three-time All-American Kaitlyn Hord. Clark had 595 kills, 174 total blocks, 102 digs, and made 47 starts during her three-year career at TCU, proving herself as an effective two-way player in a competitive conference like the Big 12. She was not asked to serve very often in Forth Worth, but had 160 aces in high school.

Clark put together three 20-kill performances as a Horned Frog — one each season. She had 20 kills as a freshman in 2018 at home against Texas Tech, then tallied 21 more versus the Red Raiders on the road the following season. Clark had a career-high 23 kills in TCU’s 3-2 loss to Tarleton State on March 20.

Clark represented the U.S. at the 2019 FIVB Women’s U20 World Championship in Mexico the summer before her sophomore season. Japan took home the gold in the 16-team event.

A top 50 prospect from the 2018 recruiting class and Under Armour third-team All-American, Clark set the Arlington High School record for career kills with 2,329 before enrolling at TCU. Clark was club teammates with new Penn State outside hitter Adanna Rollins at Texas Advantage VBC.

Rollins, a Minnesota graduate, and Erika Pritchard, a Maryland graduate, announced their respective transfers to Penn State on April 28 — 10 days after the Nittany Lions lost to Texas 3-1 in the Sweet 16 of this spring’s 48-team NCAA tournament. This is the second offseason in a row the Penn State coaching staff brought in three transfers, as Anastasiya Kudryashova, Keatan Broughton, and Hannah Flowers joined the program ahead of the 2020 season.

Clark is already familiar with two opponents on Penn State’s 2021 schedule, Iowa State and West Virginia, from her Big 12 days. The Nittany Lions welcome the Cyclones to Rec Hall for the first home match of the season on September 3. Clark can provide her new teammates with insight on the Mountaineers prior to a September 17 match in Morgantown.

Clark gives the Nittany Lions six players who stand at least 6-foot-3 on this year’s team, joining Hord, Holland, Pritchard, Kudryashova, and Macy Van Den Elzen. Penn State’s relative lack of height in the front row was apparent at times the last few seasons, but things are trending in the right direction from an overall size standpoint.

Clark is among nine seniors on Penn State’s 2021 roster, but all except Pritchard are eligible to return for the 2022 season if they choose to exercise their extra year due to COVID-19. It’s expected some will move on to the next phase of their lives, while others could certainly decide that another season is worthwhile.

It will be interesting to see what kind of role Clark fills for Russ Rose’s Nittany Lions this fall. A strong training camp could see her crack the starting lineup alongside Hord, but Holland showed plenty of promise during her debut season and is an especially strong blocker. Chances are high all three will be relied upon to play often.