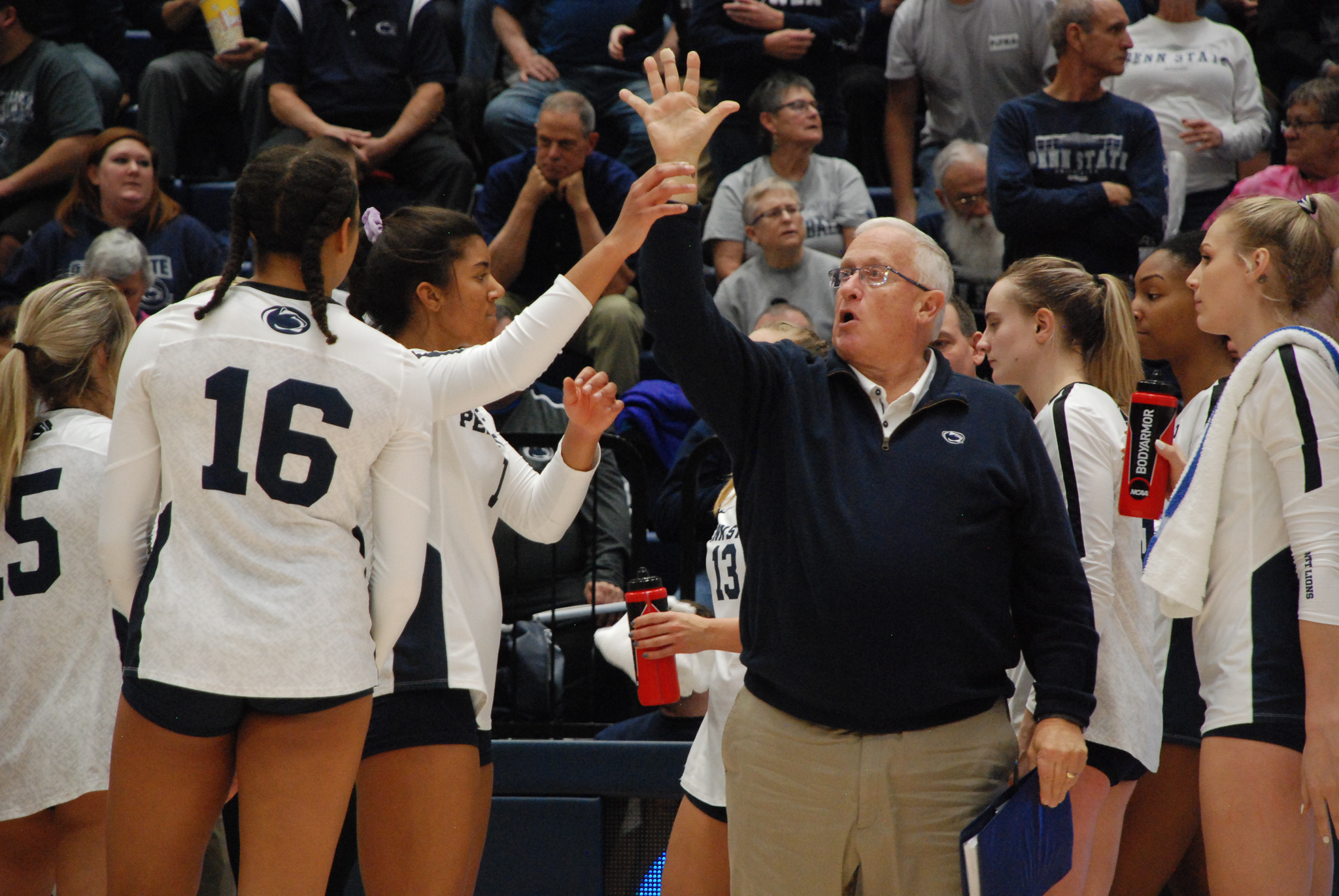 It’s hard to imagine what that must have been like for Fuller and the rest of Penn State’s 2011 recruiting class, which also featured Micha Hancock, Nia Grant, Aiyana Whitney, and Dominique Gonzalez, all of whom went on to have outstanding careers.

Fuller was a four-year varsity letterwinner for Torrey Pines High School in San Diego, California — the same school that would eventually produce Macall Peed, a rising sophomore defensive specialist for the Nittany Lions.

UCLA swept Penn State in the Sweet 16 in Lexington, Kentucky, during Fuller’s freshman season, then the Nittany Lions advanced to the Final Four in Louisville before losing to Oregon in four sets the following year.

Although Gonzalez established herself as Penn State’s libero, Fuller proved to be an excellent defensive specialist for head coach Russ Rose, recording 581 digs during her collegiate career. Statistically speaking, she put together her best season as a senior with 212 digs.

Fuller was a pivotal part of the program’s back-to-back national titles in 2013-14 and was on the floor for championship point against BYU. She had six digs and a service ace that night in Oklahoma City. After beating Wisconsin in four sets in Seattle the previous year, the Nittany Lions swept the Cougars in emphatic fashion.

“It was unreal and very special,” Fuller said. “That win took pure heart being that we graduated some major players the previous year.”

After earning her journalism degree from Penn State, Fuller returned home to Southern California to begin chasing her dream of becoming a professional beach volleyball player.

“My goal is to compete as a main draw player for the AVP and eventually play FIVB tournaments,” Fuller said. “The biggest difference is the mindset behind the game. The beach is more of an individual sport given the ever-changing partners and importance of remaining totally steady since there’s no subs. I’d say the biggest similarity is just being able to read the game.”

When asked which Penn State volleyball player, past or present, she would choose to be her beach partner, Fuller picked one of her teammates from the 2013-14 championship teams without hesitation.

“I’d go with Megan Courtney, because she can read the game and block balls,” Fuller said.

Courtney played outside hitter for the Nittany Lions and continues to do so on the professional level in Italy, but she’s also an accomplished libero for the U.S. women’s national team, showcasing her versatility and incredible skill as a world-class passer. Courtney and fellow Nittany Lion Haleigh Washington helped the U.S. qualify for the Tokyo Olympics this past summer in Bossier City, Louisiana.

Fuller suffered her first concussion in August 2019 and has been documenting her recovery process on her Instagram page Slightly Active, which you can check out right here. She often shares her favorite pepper games, cardio workouts, and plenty of her daily yoga practice with her followers. Fuller offered some advice for those who are dealing with post-concussion syndrome. It’s crucial not to rush back into competitive sports and to listen to one’s body.

“I’d say if anyone is dealing with PCS, don’t underestimate the importance of rest, hydration, eating properly, and remaining somewhat active,” Fuller said.

Fuller also discussed her relationship with Rose, who is entering his 42nd season in University Park this fall, making sure to add a playful jab at her former coach.

“Coach Rose holds a dear place in my heart, even if he didn’t appreciate my pancakes in practice/games,” Fuller said.

Once Nia Reed and Bryanna Weiskircher graduated following the 2018 season, the Nittany Lions no longer have a player on their current roster who has won a national championship. As someone who has four rings (two Big Ten championships), Fuller knows full well what it takes to hoist the trophy.

“First, you have to do the work,” Fuller said. “Second, the entire team needs to believe they can win, even if they lack experience or are unsure of the road ahead.”