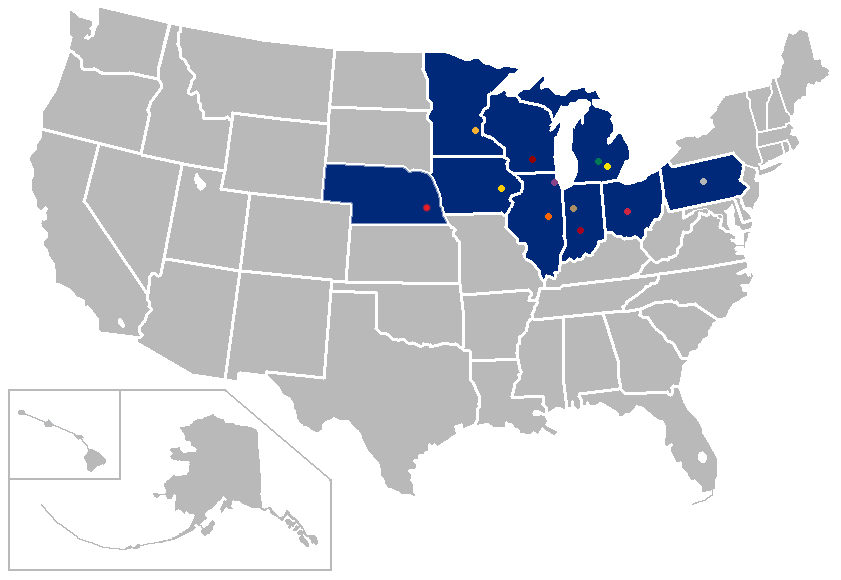 The AVCA Poll for September 24, 2012 is out, and Penn State is ranked #1 following its big win over Nebraska, and its victory on Saturday over a determined Iowa squad.  Other B1G schools in the AVCA Top 20 are Nebraska at #6, Minnesota at #10, and Purdue at #13.  For the complete AVCA Weekly Poll, Click Here.

Read the complete release at BigTen.org

Coach Rose has expressed concern (that may be too mild a word, but we’re sticking with it for now) about the frequency with which this year’s team makes errors.  We’ve put together two tables to see how the 2012 Penn State team compares to other Big Ten teams, and to other Penn State teams from recent years.

Errors per Set (by Season)